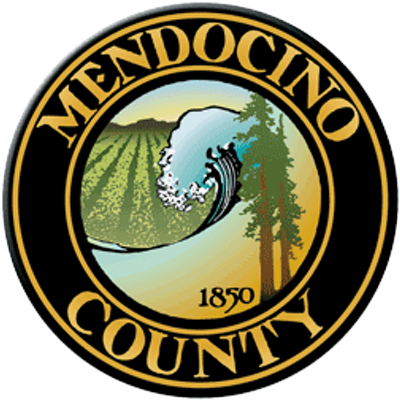 FORT BRAGG, 5/11/2017 — UPDATE: The Mendo Voice had a chance to speak with Camille Schraeder after the original story ran, and we were able to incorporate her comments.

Though there is no consensus on what to do, the one thing that a group of children’s advocates agree on is that kids on the coast are not getting the mental health care they need. At a May 10 meeting of the Mendocino Coast Child Abuse Prevention Council at the Fort Bragg police station, attendees complained of missed therapy appointments, unclear eligibility requirements for receiving services, and a lack of psychiatric professionals in Fort Bragg.

At a board of supervisors meeting last month, Molgaard and researchers from the University of California Davis presented a study, dated September 23, 2016, that described serious deficiencies in the family and children’s services department, both at the organizational level and in terms of the services delivered to children. The study states that, “Maintaining the Fort Bragg office has become a persistent challenge for management,” with low retention and high vacancy rates. The county did especially poorly in outcomes for foster children, performing well below national standards in six out of seven outcomes.

This is due partly to a shortage of county social workers and psychiatrists who take referrals from patients with MediCal. But a group of health and education providers, as well as representatives of several non-profits, also complained about gaps in the services provided by Redwood Community Services (RCS), a mental health contractor. No representatives of RCS were at the meeting, though Camille Schraeder, the director, said on Thursday that she had asked if she or a representative should attend, and was told that the subject would be family and children’s services, which is a county department.

The chief operations officer for the Mendocino County Health and Human Services Agency (HHSA), Anne Molgaard, gave an update on the vacancies in the family and children’s services department and fielded questions about Redwood Quality Management Company (RQMC). RQMC, which is overseen by HHSA, has a contract with the county to administer mental health services. The company has contracts with several other agencies, including RCS, to deliver these services. Molgaard said she does not believe there is a need to clamp down on oversight of RQMC at this time, but that she planned to talk with Jeanine Miller, the behavioral health director at HHSA, and Camille Schraeder, director of RCS and RQMC. She added that problems brought up at the meeting may be due to staffing shortages at RCS. Schraeder said that was not the case, though she acknowledged that “There’s not that many providers on the coast. It’s true that you’re not going to find a psychiatrist who lives on the coast.” She added that she had just approved a contract for a psychiatric nurse practitioner to support Dr. Rebecca Timme, who practices in Ukiah. The new practitioner will start at half a day a week and maybe eventually a full day.

At Wednesday’s meeting, which was attended by health and education providers and members of several non profits, Molgaard reported that the Fort Bragg family and children’s services office expects to have a new social worker supervisor starting in June. The office is still short one more social worker supervisor, four caseworkers, and one staff assistant. Safe Passage Family Resource Center of Fort Bragg is in negotiations with the county to provide child abuse preventive services for families on the coast, so social workers can focus on addressing cases of severe abuse and neglect.

But the attendees were mostly interested in talking about children’s mental health. “The system is not working,” said Faith Simon, a family nurse practitioner at the Fort Bragg Rural Health Center. She told the group that she had recently spent a day trying to help a suicidal 15-year-old and the teenager’s mother get help from crisis services, which are also contracted with RQMC. The youth was eventually referred to a private therapist who wasn’t accepting MediCal, and the mother took the young patient to Healdsburg for treatment. “They didn’t have any kind of plan when they left,” said Simon, though she acknowledged that she had not been privy to the entire conversation between the mother and the RCS representative. Schraeder said that situation “would be really unusual. They’d hospitalize the child,” unless the child didn’t meet the criteria.

Anna Levy, a counselor at the Mendocino Unified School District, complained of inconsistent counseling. She spoke about therapists missing appointments with students and said it is “unclear how often kids on 30-day crisis are seeing counselors.” She said she had been advised by RCS to call the sheriff or take kids in mental health crisis to the emergency room. Schraeder said that working with children is difficult, because schools don’t want children pulled out of class. She also said that third-party referrals, such as those from schools, often don’t lead to treatment because many families refuse treatment.

Simon said she saw a shift in the approach about six months ago, when RCS started telling her that her patients didn’t meet eligibility criteria. She and several other attendees of the meeting said the eligibility criteria was unclear to them. Schraeder said there have been “several meetings where we’ve gone over that.”

Molgaard explained that in order to receive services through MediCal, a patient needs to be professionally diagnosed with a qualifying condition. However, the group agreed that there is a severe shortage of such professionals, especially on the coast. Molgaard also told the group that it is not too late to apply for grants to fund specific projects through the Mental Health Services Act, also known as the millionaire’s tax or Prop 63.

Annie Liner, of the Mendocino Coast Children’s Fund, a non profit organization which advocates for low-income children, was among the members of the group complaining of the lack of qualified professionals to treat mental health problems in children. She suggested looking into models for drop-in mental health clinics in other parts of the state, where interns and retired licensed social workers attend to clients in crisis. Thais Mazur, a consultant with the Community Health Improvement Project, suggested a system of peer review to oversee the county’s contract with RQMC. The group also agreed that patients need RCS to respond to requests for help within 24 hours.

In an interview after the meeting, Molgaard said she planned to talk with Jeanine Miller, the behavioral health director at HHSA, and Camille Schraeder, director of RCS and RQMC.

Molgaard also suggested implementing more peer support programs, especially at schools, and said more housing is needed. There will be another meeting of the Mendocino Coast Child Abuse Prevention Council, which is also known as Advocates Supporting Coast Kids, on June 7. Schraeder said she or a representative will be present at that meeting.