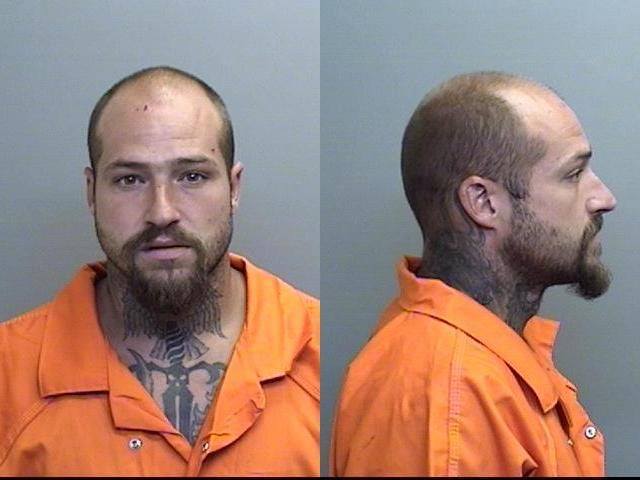 UKIAH, 5/11/2017 — Charles Reynolds, who was found guilty last month for a lethal attack on Kenneth Fisher that took place outside Boomer’s bar in Laytonville on August 28, was sentenced yesterday to six years in prison. He was remanded into custody at his sentencing on May 10. Here is the text of the details about his charges and parole eligibility, from the Mendocino County District Attorney’s Facebook page:

UKIAH, Wed., May 10. — Defendant Charles Wallace Reynolds, Jr., age 32, of Willits, was sentenced to 72 months in state prison this morning before a full courtroom gallery of onlookers that included family members and friends of the victim.

When called, the late morning sentencing hearing was presided over by the Honorable John Behnke, the presiding judge of the Mendocino County Superior Court.

Following arguments from the prosecutor and defense counsel, the matter was finally submitted for decision, Judge Behnke, having also considered the Adult Probation Department’s background study and sentencing recommendation, denied Reynolds’ application for probation. Instead, the Court sentenced the defendant to 36 months in state prison for the felony assault by force likely to produce great bodily injury conviction. An additional 36 months was imposed to run consecutive to the original 36 months for the jury’s true finding that the defendant in fact personally inflicted great bodily injury on Kenneth Wayne Fisher, said injury causing Mr. Fisher’s death on August 28, 2016 outside the bar in Laytonville. The total sentence imposed is 72 months in state prison.

Reynolds was ordered remanded into custody to await his transfer by the Sheriff’s Office to San Quentin. These convictions constitute a Strike under the Three Strikes Law, and may limit the credits the defendant may earn in prison against his overall sentence to 15%. However, it is also likely that the Department of Corrections will award the defendant greater credits than the 15% limit mandated in the Penal Code in order to expedite his eligibility for parole. This is a result of Proposition 57, the initiative that passed statewide last November 8th, as approved in Mendocino County by almost 70% of those who voted in the general election.

The prosecutor who handled the trial and argued at today’s sentencing hearing is Deputy District Attorney Luke Oakley.

One thought on “Reynolds sentenced in Fisher killing”