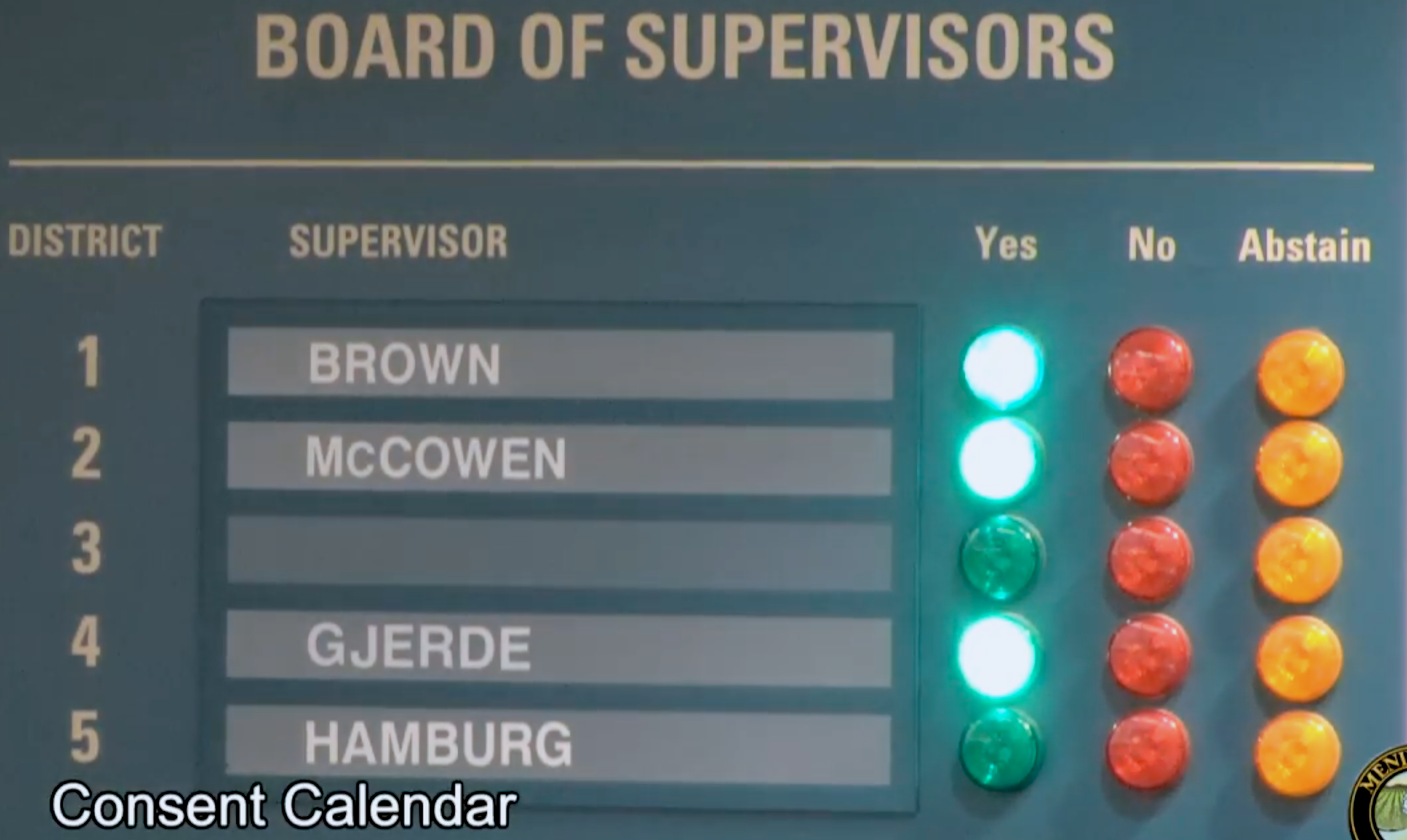 A screenshot of the broadcast of the supervisors' meeting, at the moment of the vote.

MENDOCINO Co., 4/4/17 — After months of official discussions, and years of speculation, the Mendocino County Board of Supervisors quietly passed a medical cannabis ordinance yesterday morning, clearing a path to the regulated cultivation of commercial cannabis. The law will officially take effect within the next 30 days.

The supes subsequently heard a substantial report from department heads on the status of preparations for the enforcement, and enrollment that will take place under this new regulatory regime.

While the county has now done it’s part in creating the intricate set of regulations, and requirements that will allow marijuana farmers, many erstwhile underground growers, to become fully regulated, compliant, licensed and bureaucratized taxpayers, the state still has to fulfill its role under MCRSA and the Adult Use of Marijuana Act, and create state-level cannabis business licenses. Indeed, today Governor Brown’s administration proposed a budget trailer bill to reconcile MCRSA and AUMA, in an effort to clarify exactly how they interact. Paradoxically, at least for the moment, what this means is not clear.

The Board passed the ordinance as part of its consent calendar, a list of generally routine and uncontroversial items that are passed in a single vote. Supervisor Dan Hamburg, who has been ruled to have a conflict of interest, recused himself the vote.

The full text of the new ordinance and related documents can be found here, item 4l on the April 4 supervisors’ agenda, and you can watch the entire meeting here. We’ll be following up with more details in a later article.

You can read about the most recent changes made to the ordinance before it passed here (details) and here (supervisors meeting), and our full coverage of the ordinance’s development here.