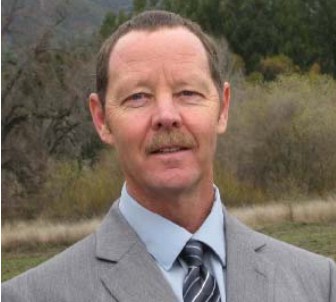 UKIAH — In a reversal of a statement made last week, Mendocino County Ag Commissioner Chuck Morse has decided to stay at his position until Jun 9, 2017, according to Heidi Dunham with county human resources.

UKIAH — Mendocino County will be losing its current agriculture commissioner, Chuck Morse, shortly after the November election, and as of Saturday no one in county government was able to comment on who will be his replacement. According to County Human Resources Director Heidi Dunham, Morse gave notice of his plans to depart on August 24, with his last day scheduled to be November 18. 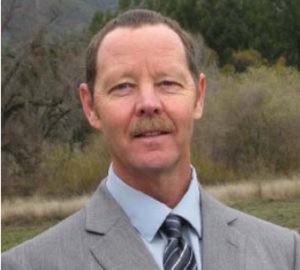 Over the past year Morse worked closely with local farming and ranching organizations, as well as with local cannabis farmers, to develop new cannabis cultivation regulations for the county. His work included devising a proposed cannabis nursery program, as part of the country’s rush to prepare for the state’s reclassification of cannabis cultivation as agriculture by 2018.

Morse could not be reached for comment on Friday as he is away from his office until Wednesday, September 7, ag department staff told The Mendocino Voice.

Starting in 2009 Morse served as assistant ag commissioner under Tony Linegar, who left the lead job in late November 2011. Morse became the Acting Ag Commissioner and Sealer of Weights and Measures in December, 2011, and was appointed as commissioner by unanimous vote of the Board of Supervisors in February, 2012 for a four year term. Morse also served as a staff biologist III for Mendocino County from 2008-2009, and in a variety of positions at the Lake County Ag Department beginning in 1985, including assistant lake county ag commissioner from 2002-2008.

According to Dunham, Morse will be leaving in November at the top end of the current pay scale for the position, which has a salary range of $83,907 – $102,003. The ag commissioner is appointed by the Board of Supervisors.

Devon Jones, executive director for the Mendocino County Farm Bureau, said Morse “has been a great resource for our bureau,” pointing to his experience working with state agencies and his willingness to work with Farm Bureau members on local issues. “We’ve been happy with Chuck as a spokesperson for the Department,” Jones added, noting he has been “instrumental” in being a liaison between the county’s farming community and state agencies, and the Farm Bureau had endorsed him when he was appointed.

Jones told The Voice she learned of his departure earlier in the week, although she had yet to speak about it with Morse directly and had not received information about potential future hires. She hoped his replacement would be able to “continue the conversation [regarding statewide issues] on a larger scale and bring that information back to the county.”

In addition, Jones said she felt the future ag commissioner should be “approachable and relatable” in having conversations with local farmers. “It’s a very critical position,” she said, adding that the Farm Bureau would provide input on the selection process if invited by the Supervisors, and she hoped ongoing programs with the department, such as education and outreach classes during the winter months, would not be interrupted.

Casey O’Neill, Laytonville farmer of Happy Day Farms and acting Board Chair of the California Growers Association, commended Morse for his precision, attention to detail, cordiality, and the gravity he brought to the job, noting “I’m certain he will be missed.” O’Neill, who worked with Morse on the county’s proposed cannabis cultivation regulations, said Morse had been “willing to jump into” the process and that “his grasp of state regulations was quite profound.”

Both O’Neill and Jones stressed the importance of ensuring a smooth transition, considering the ongoing county process to develop cannabis cultivation regulations. Jones stated she felt a point person at the department should be identified to address cannabis issues, and adequate staffing levels maintained to support both cannabis compliance and maintain traditional ag programs, particularly since state cannabis regulations might change after the November election. O’Neill said, “We hope that the incoming commissioner will be willing to extend a helping hand as cannabis farmers enter a new era of regulation, and we look forward to partnering with the Department.”