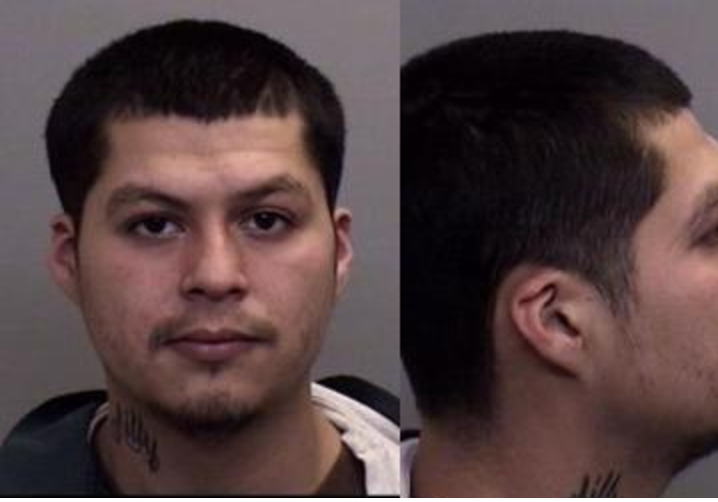 The following information is from a Dec. 29 press release from the Mendocino County Sheriff’s Office. The information has not been independently verified, and all suspects are considered innocent until proven guilty.

On Dec. 28, deputies responded to a call after a witness saw graffiti being spraypainted on fences and building on Ellen Lynn Road in Redwood Valley. The press release states the graffiti was “done in gang type graffiti using “SUR” or “X3” a known reference to the Sureno criminal street gang.

24 year old suspect Elias Sanchez from Redwood Valley was found in the area with white paint on his clothing and hands. Deputies observed fresh white paint and determined that more than $50,000 worth of damages were caused. Sanchez was taken into custody, booked, and held on $25,000 bail. He was charged with felony vandalism and “participation in a criminal street gang.”

Synopsis:
On 12-28-2016 at 3:20 PM the Mendocino County Sheriff’s Office was dispatched to a witnessed vandalism in which the suspect was spray painting buildings, fences and the roadway in the 400 block of Ellen Lynn Road in Redwood Valley, California.

Upon arrival Deputies observed fresh white spray paint upon a fence and the roadway. Later it was observed that a building in the area had also been spray painted. All of the spray painting was done in gang type graffiti using “SUR” or “X3” a known reference to the Sureno criminal street gang.

Sanchez was located in the area and was found to have white paint on his hands and clothing. It was believed that approximately $5,000.00 in damage was done in connection with the graffiti.

Sanchez was placed under arrest for the vandalism and an additional charge of participation in a criminal street gang was added.

Sanchez was booked into the Mendocino County Jail where he was to be held in lieu of $25,000.00 bail.