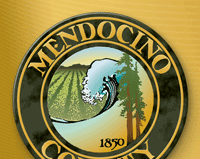 UKIAH — Psychiatrists, a feral cat colony, and a peek at a county ordinance regulating aspects of the cannabis industry beyond growing, these are a few of the things that the Mendocino Board of Supervisors will tackle on Tuesday. The Board will also hear a presentation from the Community Health Improvement Project (CHIP), which took a Community Health Needs Assessment earlier this year and identified poverty, housing, mental health, childhood obesity and family wellness, and childhood trauma as the top five priorities for improving health in the county. CHIP is developing teams and strategies to address this issues, and may receive direction from the Board on Tuesday.

Another possible action item is an update of the Draft Medical Cannabis Cultivation and Zoning Regulation ordinances, as well as their California Environmental Quality Act (CEQA) project description.

In more cannabis news, the Board is scheduled to discuss and possibly accept, an update on the development of business licenses and zoning regulations for other aspects of the industry, including dispensing, distribution, processing, testing, manufacturing, delivery, and transportation. Supervisors Dan Gjerde and Carre Brown are scheduled to discuss this item in the General Governance meeting at 1:30pm on Monday, October 17.

At 1:30pm, on Tuesday, the full Board is scheduled to meet jointly with the Mendocino County Fish and Game Commission to discuss Fish and Game funding priorities, particularly regarding the size of its projects and education versus enhancement projects. Policies concerning a feral cat colony and the environmental impacts of marijuana cultivation will also be considered. Mendocino County Fish and Game Commission President Sean White sent a letter to the Board, dated October 6, enumerating these concerns.
Consent Calendar:

The consent calendar consists of items considered to be non-controversial. They are usually approved in a block, though the public may comment on any one of them, and a Board member may request that an item be removed.

The Board is expected to approve a resolution to disburse $200,000 from the William J. and Melvina K. Toney Revocable Trust to retire the debt incurred by the Mendocino County Historical Society (MCHS) when it built a new archive building. In a letter to the Board dated September 27, MCHS Director Paul Poulos informed the Board that the building awaited final inspection, and that he hoped the Board, as trustees of the Endowment Fund, will transfer the money to the MCHS to save the interest expense.

The Board will likely re-affirm the declaration of emergency for the flooded county building at 737 S. State St. in Ukiah, and approve a $23,400 change order for work done on the roof and for HVAC replacement on the County Administration and Public Health and Mental Health buildings. Expenses incurred so far are $201,780.

A revised agreement with Dr. John Garratt to serve as Chief Psychiatrist of Mendocino County is likely to meet with Board approval. Garratt will also provide psychiatric services to clients of Behavioral Health and Recovery Services, and will be reimbursed $200,000 for fiscal year 2016-17. This is a revision from the original agreement of $50,000, that included a narrower scope of duties.

Another revised agreement regarding mental health is likely to be approved. The Board will probably increase the amount the county pays to Willow Glen Care Center in Yuba City, for the licensed residential treatment of the mentally ill from Mendocino County. The new amount is $1,800,000, an increase of $400,000. The county wants to add two treatment centers to the original agreement: Sequoia Psychiatric Treatment Center, a locked, Medi-Cal certified Mental Health Rehabilitation Center, also in Yuba City; and Redwood Creek, a residential care facility in Willits.
In further mental health news, the Board is set to approve an increase in the services by, and payment to, the Segal Telepsychiatry Network. Segal, who will be expected to adhere to amended Medi-Cal charting requirements in an expanded job description, will see an increase of pay from the originally agreed-upon $50,000 to $210,000.

The Board will likely approve a report by Keenan and Associates, recommending that funding for the county’s employee health plan remain at current levels. Keenan will also recommend that the county consider removing Medical Plan I from the program, to lower costs and avoid incurring a “Cadillac tax penalty” under the Affordable Care Act, starting in 2020.

In HR news, the Board will probably abolish the classification of Assistant Clerk Recorder and delete one full-time position by that title and starting at a biweekly pay rate of $1,943.20. Instead, a classification and one full-time position as Assistant Clerk Recorder/Registrar will be added, at a biweekly pay rate starting at $2,142.40. This will be effective October 23.

Changes in HR at the Mendocino Health and Human Services Agency, also effective October 23, will consist of deleting the full time positions of one Social Services Branch Director, one Public Health Branch Director, one Chief Fiscal Officer, and one Deputy Director, Mental Services, with biweekly salaries ranging from $1,589.60 to $3,663.20. Four full time Assistant HHSA Director positions will be added, with biweekly salaries ranging from $3,423.20 to $4,161.60.

Another contract likely to be approved is between the County and 4Leaf Inc., an engineering firm providing on-call building plan check services. According to the contract, the company’s services are needed for a longer time than was originally planned for, which calls for compensation not to exceed $225,000, rather than the $150,000 originally projected.

The Board is expected to approve an increase in the amount paid to a company providing security for jail inmates temporarily housed in a location other than jail, such as a hospital. An amended contract with Professional Events Services, a Ukiah company that provides detective, guard, and armored car services, will increase from $50,000 to $110,000.

The Mendocino Voice will provide an update from the General Governance committee meeting on Monday and the Board of Supervisors meeting on Tuesday. Items on the consent calendar are subject to change.