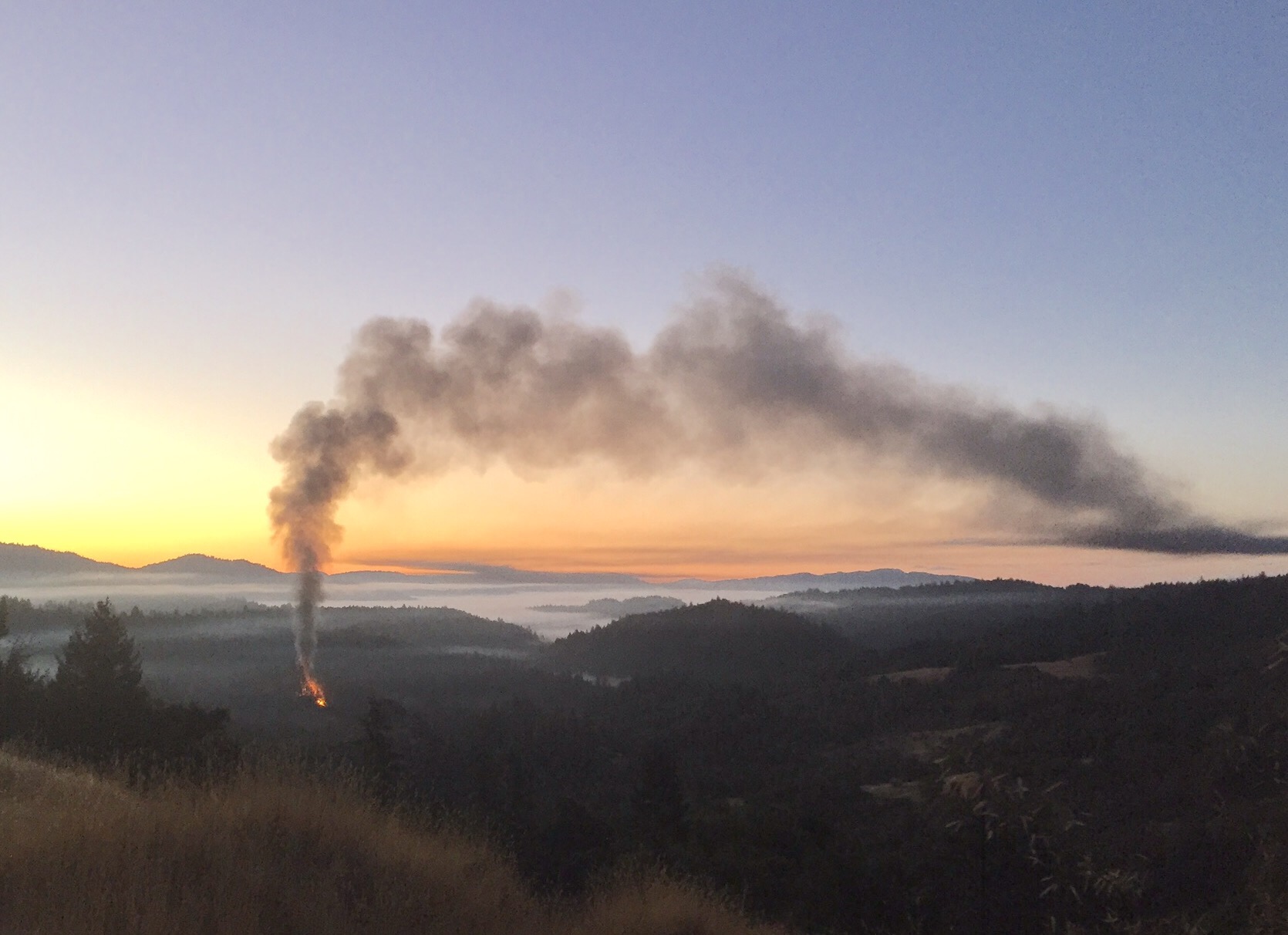 Deputy Chief Jon Noyer informed the Mendo Voice that that fire occurred outside the Brooktrails area of influence. That is, not within the tax base of the Brooktrails Fire Department. Brooktrails residents pay fees that go to support the department, but the department will also answer calls to areas outside of that district. While Noyer left an engine at the scene, he thought it was prudent for the Brooktrails taxpayers to pull himself (paid staff) off the fire, and leave mostly volunteers, as a cost saving measure.

A report has come in from a reader that the fire was a structure fire that spread into a small half acre wildland fire. Additional reports from people along the road indicate that some fire engines are heading back towards their station. However, some scanner chatter seems to indicate that at least one engine will stay at the scene longer.

As yet we have no information on the cause of the fire. 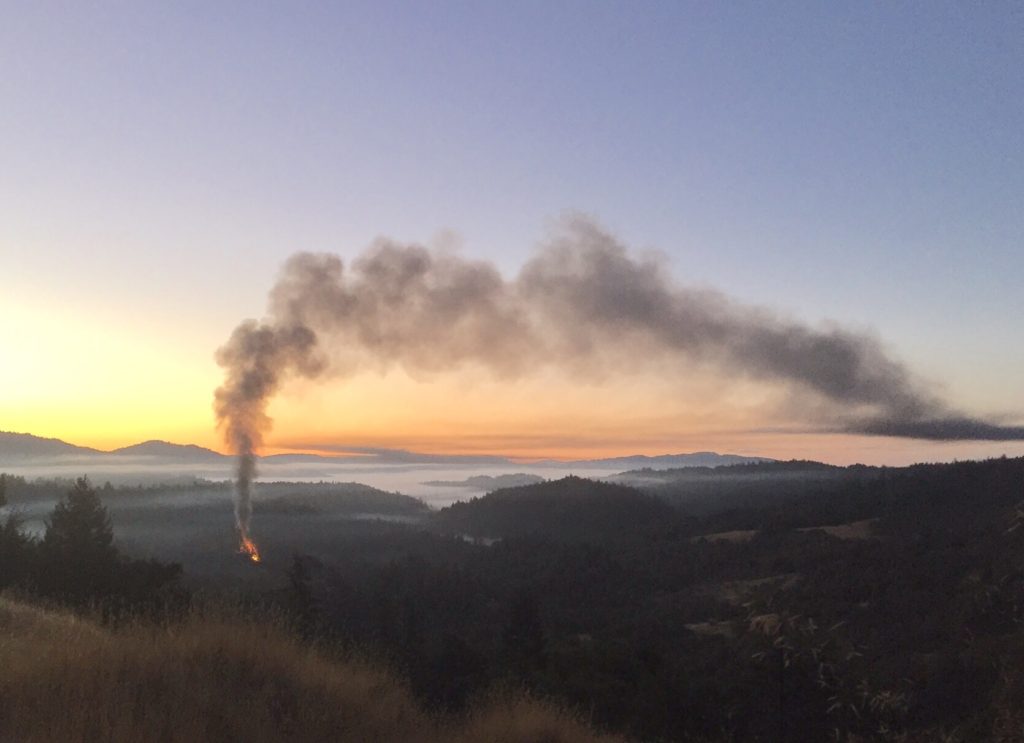 The fire as it started earlier today.

WILLITS — Not much information available yet, but we have reports of a small fire on Third Gate Rd., in the hills north of Brooktrails. It appears that Brooktrails Fire has gone out to the fire and that it is under control, based on scanner chatter. 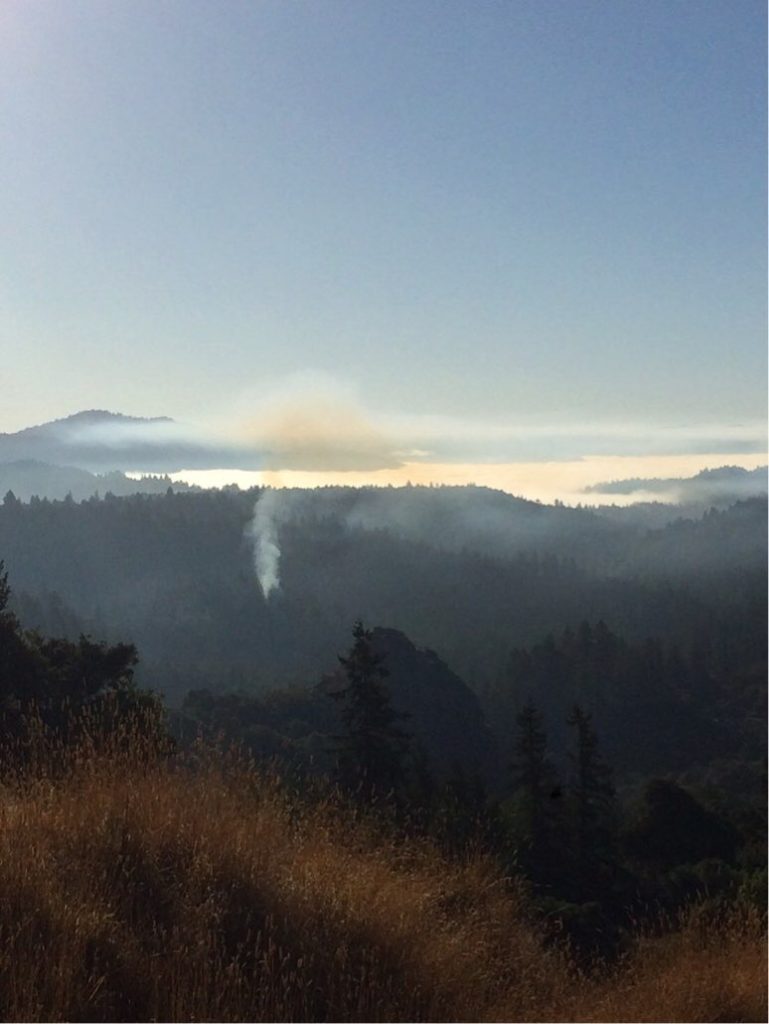 The plume of smoke from a small fire in the hills north of Brooktrails.