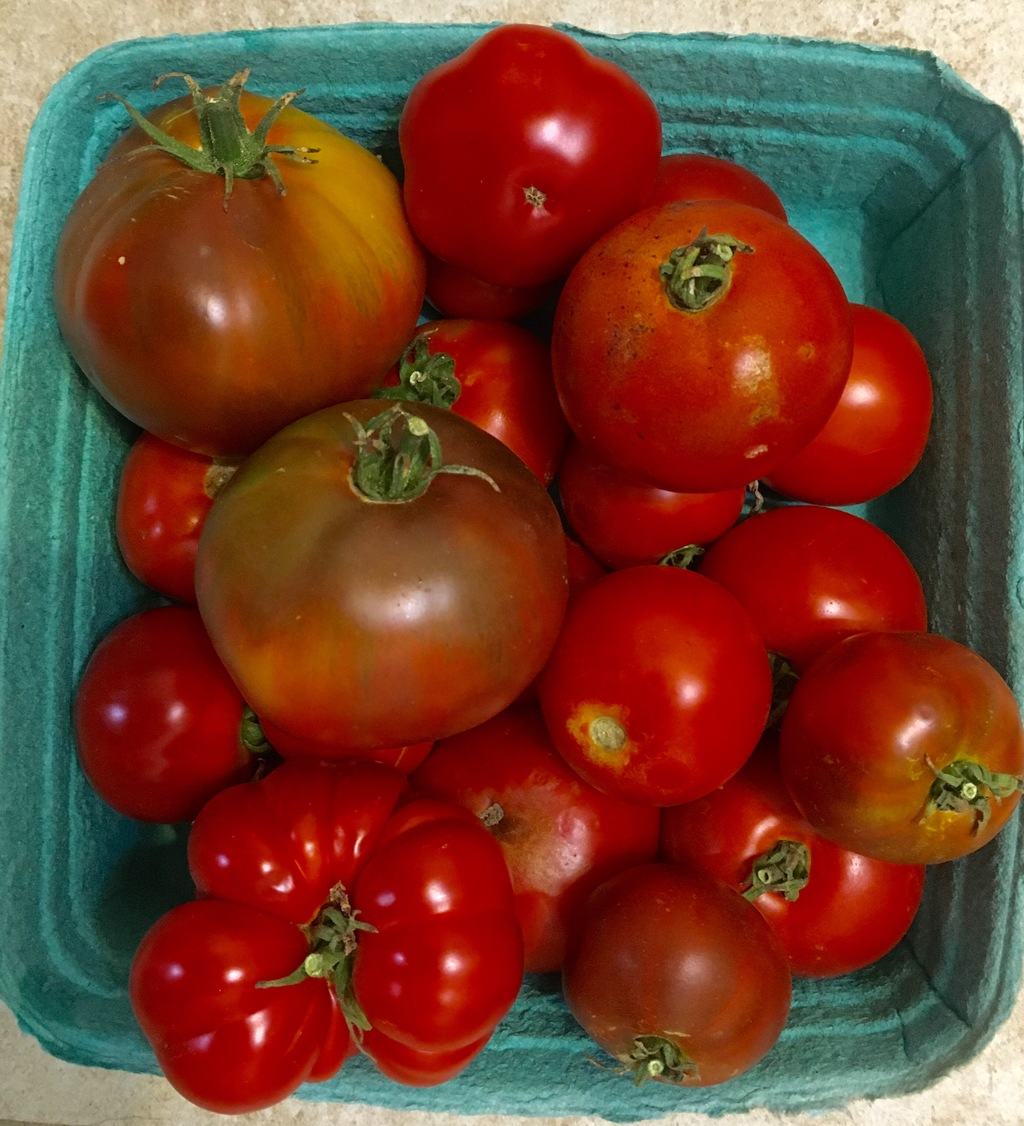 POTTER VALLEY — Mendocino County is the sort of place small farmers should be able to thrive. Beyond the idyllic climate and the varied coastal and inland influences which allow for a great diversity of ag, there is that most undeniable quality of this county: its strong-willed, independent streak, always willing to support local production of anything it can. Hell, Mendocino and farming go so well together that there are a chain of restaurants around Beverly Hills called Mendocino Farms. Which makes it all the more surprising that sales at farmers markets are down 10% countywide, with the flagship Ukiah market down 22% year-to-date from 2015. Mendocino’s small farm community had been in a tough spot well before this recent decline — and continuing down this path could affect our local farmers markets for years, and thus, our community’s health, independence, character, and well-being.

So I asked Scott Cratty, who’s been the Ukiah farmers’ market manager since 2008, for his perspective on the market’s trajectory. “[Since 2008] We have mostly trended upward, steadily, with a couple of years with big gains — one with a small decrease. The 22% drop, year-to-date in 2016 is an anomalous, [but] significant downturn.” He went on to list a variety of factors contributing to the downturn, like bad weather for strawberry production, lots of rainy market days, and a poor fishing season.

Despite the popular opinion that small farmers are well supported in the county, there aren’t many examples of small or even mid-sized producers whose operations are making them a solid living, much less fueling their ability to expand. In total, including not just farmers but baked goods, prepared foods, crafts, etc., the seven farmers markets in Mendocino grossed a bit over a million dollars in 2015. Now compare that to sales at the local co-op in Ukiah, a relatively small local grocer,  which sold about $2,500,000 last year in produce alone.

And that’s just one store. From these figures, you can reasonably conclude that our local food producers are barely making a dent in the total volume of food consumed here. I have heard estimates of 1%, but frankly I don’t believe it’s even close to that much.

“Unlike our neighboring counties…which have relatively robust small agricultural economies, Mendocino County’s small farm scene is delicate. The loss of one of the few larger farms can drive a significant loss in revenue for the overall market. That happened…last year when the Fort Bragg market lost Sky Hoyt to retirement — and this season to the Ukiah market with the loss of Lovin’ Mama Farm, a young family farm who was leasing property and were unable to find affordable land so that they could stay in the area,” Cratty said.

This turnover in farmers is huge — and considering that nationally the average age of a farmer is 58 — we’re reaching a point where local farmers just aren’t getting replaced. But there is no single reason the county faces this reality: it’s complex. To begin, even the top small producers in the county find it hard to secure adequate land opportunities, and small farmers face onerous bureaucratic obstacles. They’re swimming upstream in an industry that favors centralized production with huge subsidies, and a local labor pool that is distorted by lucrative opportunities in the cannabis industry.

The figures that I receive, as a member rep for Mendocino County Farmers Market Association (MCFARM), show that as of July, only the county’s two smallest markets, Redwood Valley and Boonville (representing just 4% of the association) posted higher gross sales this year than last. 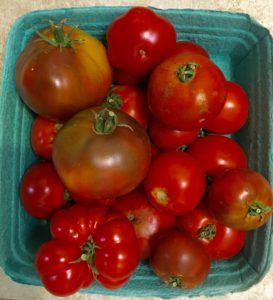 Still, there are a select few farmers who are seeing their prospects gain well-earned traction. I reached out to one of these producers, who is actually able to make ends meet on the income of a small ag operation.

Hunter Flynn and Isa Quiroz of Tequio Community Farm have been selling at local markets since 2015. They’ve had a huge impact on the Ukiah market, picking up a lot of the slack after Lovin’ Mama Farm’s departure. They’re one of few expansive vendors at the market, with tables and tables of beautiful bouquets, berries, and everything from the earliest tomatoes to fresh greens of every color. They start tomatoes in the dead of winter, make everything picture perfect, and have the skills and background that allow them to have their year scheduled to the day. In short, they’re prime targets to be picked on by petty vendors like myself, who wish we could do what they do.

“This has been a great year for us…We have had record sales each week, but at the end of each market I know we could have made hundreds of dollars more if we were on top of our production,” Flynn said.

Flynn recognized, though, that they wouldn’t be where they are without some initial support, and lucky breaks not available to many of the new farmers at the market. They’ve got a walk-in fridge, housing and other infrastructure on site, had a produce exchange for the first year’s rent, and a central location in a sprawling county.  He’s said that their soil tests have shown an overabundance of organic matter, something I have never heard from other producers. Having grown veg for the last four years without housing on site or any refrigerator to speak of, I know that lacking even some of these accommodations means sleepless nights, picking by headlamp, and a general level of chaos no reasonable person would tolerate.

Yet with all these elements and skills, they only made fifty cents an hour last year, with both working 60 hour weeks. This year, they’re closer to 55 hour weeks, and are projecting earnings of $15,000 a piece — after setting aside some money to reinvest and cover expenses. For new producers in the local market this is exceptional, but I have no doubt they would be earning more if they chose to pursue almost any other trade. Flynn noted, “No one’s gonna look at the numbers and say, ‘I am going to invest in small farms.’” Without increasing support systemically throughout the county, there will be even less chance of small farmers making it.

This is the reality faced by young farmers in Mendo, in most of America — even if you have the choicest land, quality soil, advantages in refrigeration and capital, even if you’ve got the talent and the smarts, and put in the endless hours, you likely won’t make it, and at the very best, you still won’t be making it big.

This issue is complex and long, and I’m going to continue addressing it in a series of columns here at The Mendo Voice, so tune in next time as I explore some more of the struggles and perks of trying to make it as a small farmer in a leading exporter of love-local lip-service. Till then, please, make it to your local market and support some of the hardest working and undervalued folks around.

The best ways to support local farmers are directly at the market or through the Good Farm Fund (Goodfarmfund.org, supporting local farm grants and helping fund EBT Match Program available at ALL county markets).

Ben Wolff is a Swine Juggler and Broccoli Aficionado who leases 12 acres in Potter Valley, and cultivates two. He does tomatoes, peppers, winter and summer squash, greens, eggplant, broccoli, cabbages, Brussels sprouts, cukes, carrots beets, is stubborn and curses too much. 9/3/2016