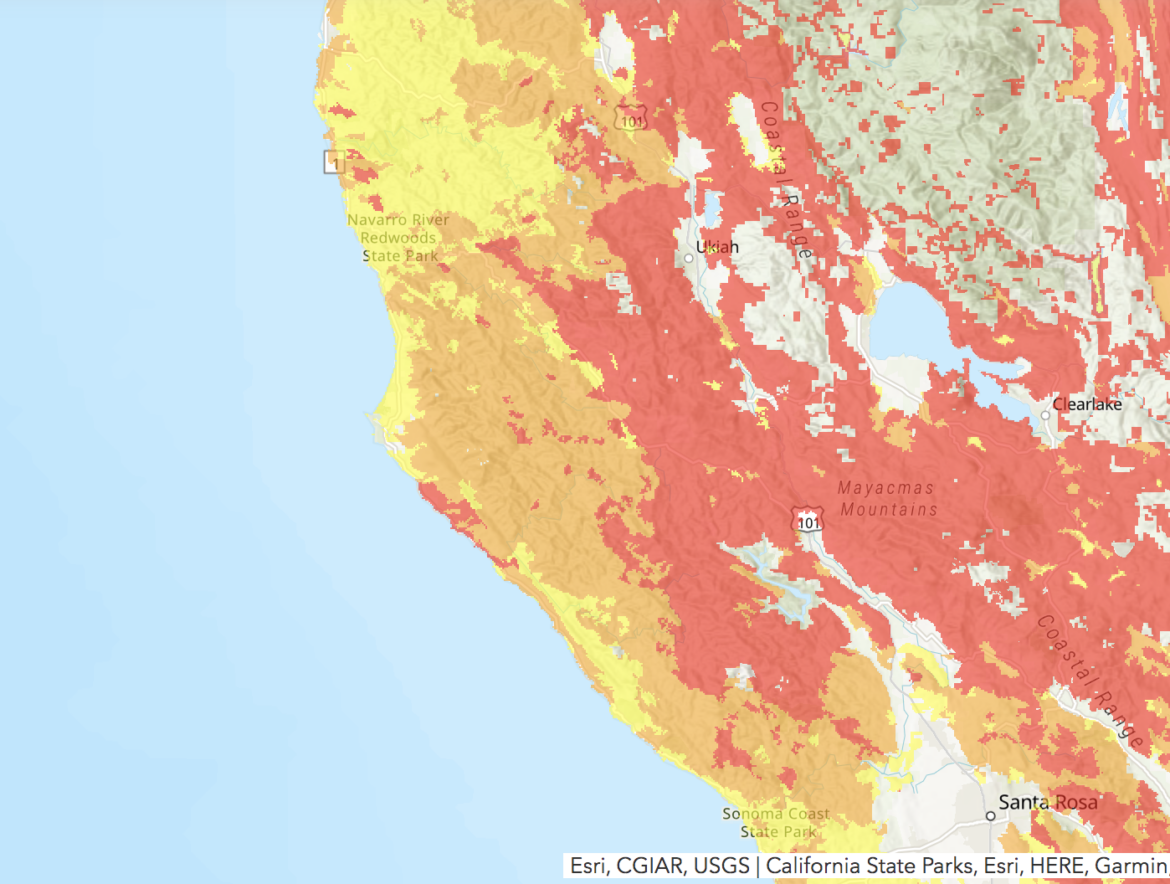 WILLITS, CA, 1/3/23 — Cal Fire will hold a meeting for Mendocino County constituents at 10 a.m. in Willits on Wednesday, to loop the public in on a process that will update the map of California’s fire hazard severity zones (FHSZ) for the first time since 2007. This is part of a process mandated by government code, in which the State Fire Marshal must identify areas in the state as moderate, high, and very high fire hazard severity zones.

The meeting at Willits City Hall (111 E Commercial St) is one of 57 hearings being held around California this month to inform the public on these rankings of California’s rural, unincorporated areas. Cal Fire seeks comments and questions from residents.

“The updated map is the product of years of discussions and incorporates the latest science to provide a long-term outlook of an area’s wildfire hazard,” Cal Fire Deputy Director of Community Wildfire Preparedness and Mitigation Daniel Berlant said in a news release.

Find data for your address using the search bar at osfm.fire.ca.gov to see if your home or property is at moderate, high or very high risk. The map does not include cities or large urban areas, as these do not fall under the “State Responsibility Area” jurisdiction of wildland firefighters. An automated hotline, 916-633-7655, can also provide more information.

As Cal Fire representatives have laid out, the FHSZ map evaluates “hazard,” not “risk,” describing the probability level of a given area experiencing wildfire without considering or prescribing mitigation measures such as home hardening, recent wildfire, or fuel reduction efforts.

While some of the factors evaluated can be similar, these maps are not the same as those developed by insurance companies.

“It is unlikely that insurance risk models specifically call out Cal Fire Fire Hazard Severity Zones as a factor, but much of the same data that is used in the fire hazard severity zone model are likely included in the insurance companies’ risk models,” Cal Fire wrote. “However, insurance risk models incorporate many additional factors and factors that change more frequently than those that Cal Fire includes in its hazard mapping, which is built to remain steady for the next 10+ years.”

Residents can attend the Willits meeting in person at Willits City Hall at 10 a.m. Wednesday.