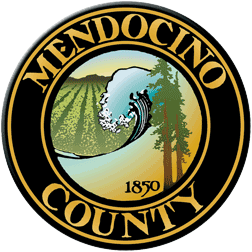 FORT BRAGG, CA 12/18/2022 — Mendocino County employees’ primary union and its management association now have contracts with the county, but only through June 30 of next year, thanks to action by the board of supervisors this week. The county’s 850 employees who belong to the Service Employees International Union (SEIU) 1021 get a 2 percent cost of living adjustment (COLA) as of the first of the year. The contract raises the minimum wage for county workers to $17.42 per hour, which will give a raise to the roughly 25-30 employees who have been working for less. The contract also defers action on employees being required to pay a larger portion of their health insurance coverage.

Contracts were announced on Dec. 13 for SEIU 1021 and the management unit, with similar terms for both (other bargaining units also deal with the county). When SEIU 1021 came to the table in April, the union asked  for a 7.5 percent COLA; that was lowered to 5 percent until union representatives agreed to the 2 percent in the new contract. However, the union forced big concessions on the issue of who pays for health care.

Both sides said the short-term contract would give them time to make sense of the county’s jumbled financial picture and be able to negotiate based on real numbers.

“Our membership ratified this tentative agreement last week by over 90 percent. We’re viewing this as a…pause,” said SEIU field rep Patrick Hickey to the board of supervisors. “It’s become evident that there’s a lot of work to be done for the county and the board to get a clear handle on its finances and its budgeting process. We appreciate the steps that the county has proposed to support county staff. But I think we can all agree that it doesn’t come close to covering the economic burden that employees face in the current high inflationary environment.”

He continued, “We asked that this coming year the board put county employees front and center as it puts together its next budget. Let’s staff up so we can pursue all of the revenue-generating ideas that have been discussed. We want to work with the county and be able to share what a wonderful place the county is to work. We will make more progress if we pull together in the same direction. This obviously includes fair compensation. But there is also work to be done to make the county a supportive and enjoyable place to work. We look forward to working with you over the coming year to identify ways to make this a reality.”

There has been relentless criticism in the media (mostly Mark Scaramella of the Anderson Valley Advertiser) of the former county CEO and the board for lack of openness about finances and not requiring intelligible reports on where money is spent. Indeed, budgets have been opaque. Chair Ted Williams led a recent charge to make sense of a financial picture that turns out to be as muddled for county staff and the board as it was for the press and public.

“I don’t want to go through another negotiation without the financial reporting being cleaned up,” Williams said after joining the unanimous vote for the SEIU contract.“And so it’s great that we have a pause. But I think it’s also imperative that we support CEO [Darcie] Antle and staff on cleaning up the financial mess so that we have an easier time. The COLA  is not nearly enough for our employees and yet it’s also going to be very difficult to afford. This is not a path forward. We’ve got to make some serious changes so that we can do better.”

While Gjerde  implied the contract merely deferred the need  for county workers to begin paying 25 percent, Hickey said the union would like to see a tiered system, where employees could pay nothing out of their check for health insurance, but opt to pay more and have lower annual deductibles for service.
“That will be up for negotiations,” Hickey said in an interview after the meeting. “We believe that the county should offer a plan that doesn’t cost employees anything out of their paychecks. That is the practice in many counties across the state. Employees could then opt to pay more for the lower deductible plan. We will be working with the county to look for creative solutions.”

Hickey said in the interview that the local health care infrastructure may need to be changed.

“It’s part of a bigger challenge faced by many rural counties that have limited or no competition to help keep healthcare costs reasonable.  We are hoping the county can attract Kaiser or some other HMO to open a facility in Mendocino County.”

The process was stalled for months by the confusion over the budget. In a press release sent by SEIU 1021 Mendocino County Chapter President Julie Beardsley, a senior public health analyst, she wrote that the vote by SEIU Local 1021 in favor of the contract came after “almost nine months of contentious negotiations, during which county administration and the Board of Supervisors claimed repeatedly not to know or understand what was available to them in the budget. This devolved into public finger-pointing among elected officials and past and current county administrators, even as a severe staffing crisis exacerbated by a housing shortage and skyrocketing inflation decimated public services from road maintenance to child protective services.”

The union picketed over working conditions created by short staffing and the stalled contract.

“We look forward to going back to the negotiating table next year, once the county has finally closed its books on fiscal year ‘21-’22 and has a better grasp of its budget,” wrote Beardsley. “In the meantime, we will continue holding the administration and the Board of Supervisors accountable both for understanding the county budget and for making sure to prioritize its workforce in that budget, rather than leaving it to the end as an afterthought. In a tight labor market, the county must provide competitive wages and solid benefits for our residents to get the public services they need and deserve.”

She said approval of the COLA was made possible by federal pandemic stimulus funds.The county will absorb the increases in healthcare costs through the end of the contract – a critical compromise, as the administration had initially demanded a much larger contribution from employees that would have completely eaten up the small COLA they agreed to, Beardsley said. “Wages for social workers, social worker assistants, and social worker supervisors in the Department of Family and Children’s Services, which are largely state-funded, will be receiving a 10 percent equity adjustment in recognition of the chronic short staffing that is endangering the county’s most vulnerable residents. The county’s minimum wage hike will be accompanied by additional increases in other classifications to prevent wage compaction. Adjustments will be made to revenue-producing classifications as well, to ensure the county is not leaving tax revenue on the table due to short staffing,” the press release said.

The minimum wage hike was key to the plan.

“A major benefit of this change is it will help the county recruit for entry level positions that serve as a pipeline for the other positions throughout the county,”  Hickey said in an interview.

In the past the county hired extra help employees outside the union.  (Years ago, this reporter worked as extra help over a three-year period, a term much longer than allowed.)

“We have worked on getting the county to not abuse the ‘extra help’ category and it has definitely been reduced. There are about 85 extra help. Some are seasonal. It’s about 10% of our bargaining group. In negotiations, we made a point of making sure that the extra help were eligible for the ARPA bonus (American Rescue Plan Act — stimulus money) . The county didn’t plan on giving it to them, but we insisted,” Hickey said in the interview.

In the board meeting, Supervisor Maureen Mulheren described talking one-on-one with employees in the county social services department.

“I was very unexpectedly surprised to hear how enjoyable they find working at the department. How many of them have been there for a very long time, how they are given leadership opportunities in a supportive environment that they have.I do hope that as we move forward, we really are able to work collaboratively with SEIU 1021. I don’t know how much funding has been spent on targeted social media ads and print marketing, but I hope that the same efforts go into hiring and filling the positions that we so desperately need and especially in the social social services departments, where they are serving our most vulnerable community members. So I am glad to move this forward,” Mulheren said.

One thought on “New SEIU contract represents “pause” for both sides”