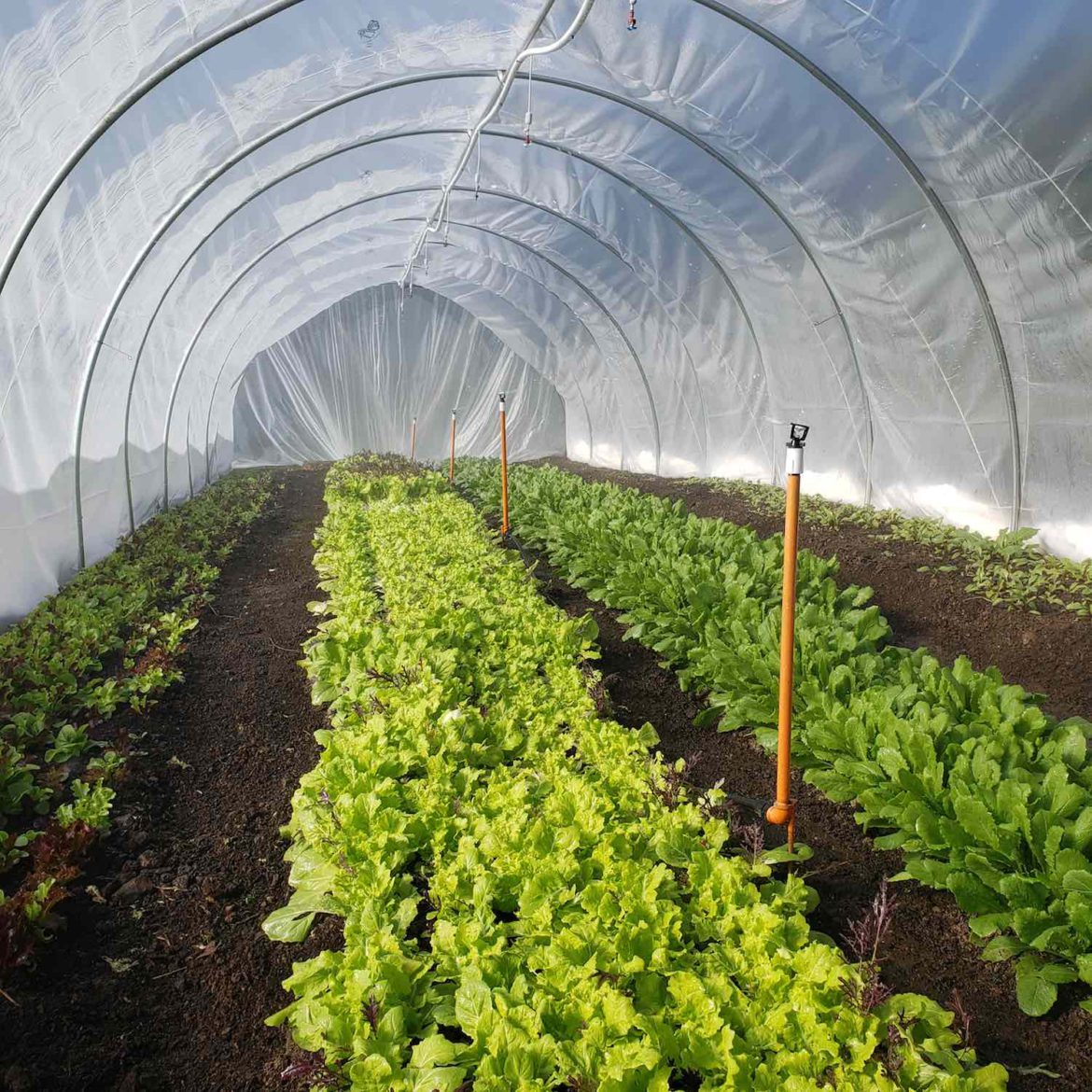 I’ve managed to get the transmission back in gear!  With the combination of the end of cannabis harvest and the tribulations with wild pigs, I had come to an uneasy point of immobilization, feeling cut adrift and uncertain.  Burnout has something to do with it, along with the inevitable feeling of disconcert that comes with the changing of the light.  The shift occurred this week though, and I’m feeling good about farm and focus.

The four light dep tunnels are replanted to winter brassica; kales, collards, bok choy, cabbage, cauliflower, broccoli, kohlrabi and brussel sprouts.  The hoops are inside the stout fences at Brother Lito’s, and the pigs seem to have vacated for the time being after having their numbers whittled a little.  It feels good to get these plantings in the ground; they should yield abundant food for family and markets as we get into the latter part of the winter.

We’ve had enough hard frosts to wipe out the outdoor plantings of tomatoes and squash, but in the hoophouses there is a row of tomatoes still limping along, and a most abundant volume of peppers both hot and sweet.  Now that the replant is done in the dep tunnels, we’ll turn the focus to the veggie tunnels.

First to come out are the dead cucumber vines and the row of beans.  We’ll harvest the browned remains of the beans to dry and shell for seed for next year.  After breaking down the trellises and prepping the beds, I’ll sow salad turnips, radishes and the Asian greens salad mix that works so well for us in the cooler months.  11 hoophouse beds to go, and then the transition from summer to winter crops will be complete.

This week we got the rest of the garlic planted, a huge effort that has been weighing on me for some time.  I’d prefer to get it done in late September or early October, but garlic doesn’t much mind when it goes in so we get it done when we can.  We grow 4 varietals, three hardnecks and one softneck for braiding.  A fast Red Siberian that comes in early but doesn’t keep long, a large-cloved Metichi that is good and spicy but also doesn’t hold, and a beautiful Music that we got from our friends at Briceland Forest Farm.

The softneck variety makes up half of our plantings, and we’ll do two more beds sometime in January.  The seed came from my Ma, handed down to Amber and I when we started farming together.  I’ve long since lost the name of it, but it’s the only softneck we grow so it’s easy to keep track of, whereas there has been a certain amount of mixup with the hardneck varieties.

In addition to all the plantings this week, we also purchased cover crop seed, which we’ll sow using two Earthway seeders bolted together to speed up the process.  With money tight and seed more expensive than ever, we’re changing our methods from a heavy broadcasting to the much more targeted sowing with the seeders.  We’ve done a lot of garden breakdown already, but still have to pull drip lines, clear some crop residues and get the cover crop in the ground.

Thanks to sales of piglets, we had brought in money for feed for winter, and the barn is now stocked with grain and alfalfa pellets for pigs and chickens.  There is a nice bale of grass hay for rabbits, and it feels good not to have to run around gathering feed on cold mornings.  The rabbit numbers are too high, so we have slaughtering to do in the next week or two.

I had an experience this week that helped level up my skills in rabbit processing.  We have one genetic line, a light brown coloring that seems to be passed down from mother to daughter and carries an intelligence for escaping from holding pens.  One of the light brown rabbits had escaped again, and had gotten too wily for me to catch.

On Wednesday I realized that the escaped rabbit was eating the carrot tops from my winter planting, like a classic Peter Rabbit tale.  I took the pellet rifle and shot the rabbit, hanging it up for cleaning.  I got my sharp skinning knife, and in just a few minutes had the rabbit skinned and gutted and ready for the cookpot.  I went inside and laid it into the clay baking dish, chopping beets, carrots, potatoes and onions.  I seasoned it, added some water and into the oven for a night of slow cooking it went.  We got three good meals from the rabbit and it made me reflect on the more traditional ways of processing an animal for dinner, instead of the group slaughtering days that we usually do.

I have long felt proficient at poultry slaughter, but mammals have still presented anxiety for me.  The mechanics of cleaning the carcass are not quite as simple as with poultry.  The experience of killing and processing the rabbit straight to the cookpot changed me, like a light switch coming on.  Death is never easy nor comfortable, but finding myself more capable in the means of providing is a feeling that I appreciate and reflect upon.  Much food for thought.  As always, much love and great success to you in your journey!