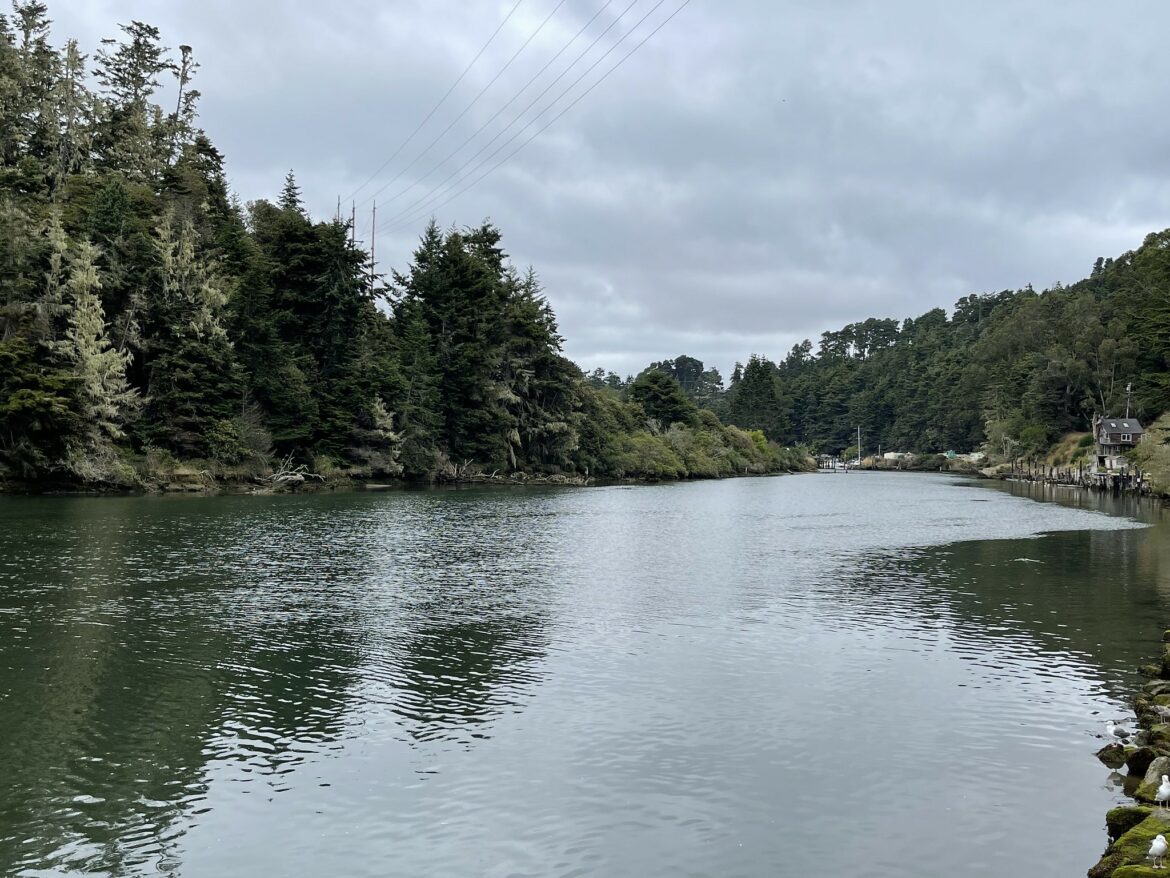 FORT BRAGG, CA, 11/30/22 — Fort Bragg City Council unanimously approved a plan Monday night to purchase a 582-acre parcel of land from Mendocino Coast Recreation and Park District for $2,420,579, to build three reservoirs on around 30 acres. The city hopes to establish a community forest on the remaining 550 acres of land, preserving the habitat there through a deed restriction or conservation easement.

This vision would ensure the property is “utilized to every inch of its capacity,” councilmember Marcia Rafanan said ahead of the approval.

Fort Bragg hopes to install three reservoirs to store a potential total of 44 million gallons of water, in a location that connects conveniently to treatment plant infrastructure and high-power PG&E transmission lines. The city would rely on its existing water sources — Waterfall Gulch, Newman Gulch, and the Noyo River — to fill these tanks, particularly during high flow periods in the winter months. Catchments for rainwater would also be included.

Public Works Director John Smith brought the plan forward after exploring a number of options for properties to house increased water storage. He explained that Fort Bragg is going to be “increasingly dependent on stored water” in the coming years.

The creation of the Summers Lane Reservoir, a past water project, bolstered the city’s storage to a total capacity of 22.6 million gallons, or around 45 days of emergency storage with an average daily use of 500,000 gallons a day. Further flows from the Noyo River are now more easily utilized even when tides are high thanks to a desalination system implemented in fall of last year.

But water supply is still dwindling, as flows from Waterfall Gulch and Newman Gulch have decreased by more than half over the past decade. As Smith put it, “Where we do gain some ground in the reverse osmosis world, we’re losing ground elsewhere.”

One wrinkle in the new reservoir plan is that the land parcels the city would acquire support “some of the most sensitive natural communities in the state and in some cases the world,” according to the agenda item. Sensitive Natural Communities, such as the Mendocino pygmy cypress woodlands, are so designated because of their rarity. But in a few locations, the presence of transitional soils would allow for minimal impact to rare plant life, and the city would hope to offset any detrimental impact to sensitive habitats with protective fencing, debris removal, and boardwalk installation.

The California Department of Fish and Wildlife Lake and Streambed Alteration Division is supportive of the project, Smith said.

Though this would be an expensive undertaking, the city also hopes to install solar panel coverage on the new reservoirs, to generate roughly 3 megawatts of electricity.

In a conversation with The Mendocino Voice after the vote, Mayor Bernie Norvell said he also feels the community has risen to the occasion by conserving water.

“The message is being heard, because every time we ask for a certain level of conservancy, we get more than what we’re asking for,” he said.

“You have made so much progress over the last four years,” councilmember Tess Albin-Smith said.

The resolution summary is available online.