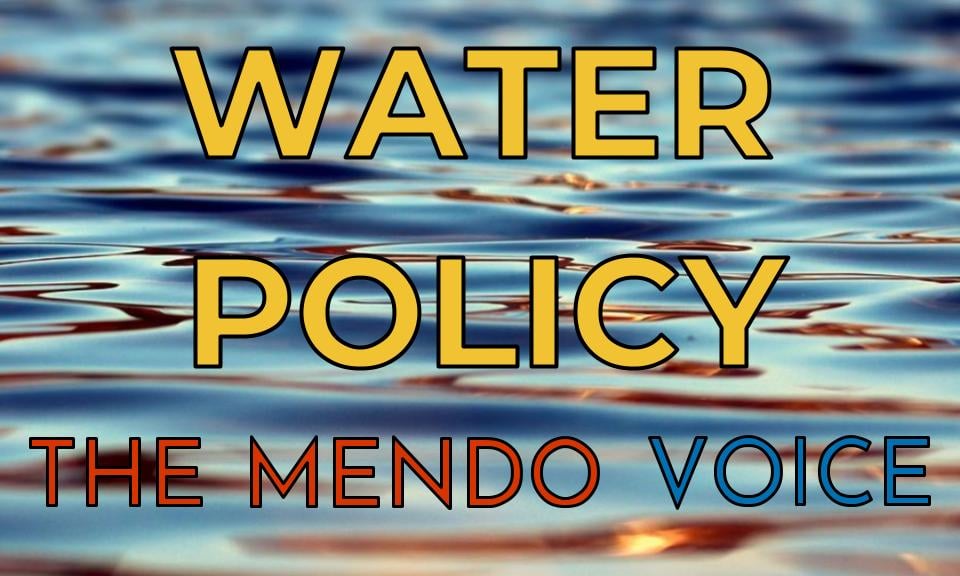 REDWOOD VALLEY, CA, 9/14/22 — The Mendocino County Board of Supervisors (BOS) approved a mandated response to the Mendocino County Grand Jury’s 2021-2022 report entitled “Redwood Valley County Water District: 48 Years of Water Insecurity” during Tuesday’s meeting. The report, published in June, found that Redwood Valley County Water District (RVCWD) has struggled to provide adequate water to its residential and agricultural customers for decades and is inhibited in seeking relief by its considerable debt — around $6.85 million — owed to the federal government.

“The Grand Jury report does give a pretty good synopsis of what we’re currently going through, as well as some of the historical events that have gotten Redwood Valley County Water District in the position that they’re in,” Jared Walker, general manager of the Willow County Water District (which includes RVCWD), told The Mendocino Voice by phone on Wednesday.

The trouble began in 1956, when Redwood Valley residents were excluded from Mendocino County’s 8,000 acre-feet per year of water allotments after they voted not to participate in the Coyote Valley Dam Project. The Grand Jury report details the ensuing decades of agreements and legislation, but summarized by saying that the RVCWD Board of Directors’ efforts to secure “an adequate supply of water for projected growth of domestic, commercial, and agricultural needs” have not succeeded.

One of the largest obstacles is the repayment of $6.85 million in loans to the U.S. Department of the Interior’s Bureau of Reclamation. The loans due have gone unpaid since 1980 — partly because, due to low water access, the RVCWD has had a moratorium on new agricultural and domestic water connections in place since 2001. No new customers means no new revenue, and no clear path toward repayment.

In a closed session conference with its legal counsel on Thursday, the RVCWD board plans to discuss the funds owed to the federal government as well as the possibility for “significant exposure to litigation” with regard to the amounts of water available during significant drought periods “in 2022 and in subsequent years.” Walker could not provide more details, but said that the RVCWD board’s required response to the Grand Jury’s findings and recommendations will be partly informed by this closed session.

The Grand Jury highly recommended that RVCWD “immediately pursue all avenues towards consolidation with local water districts to obtain secure access to sufficient water rights.” In the words of Foreman Kathy Wylie, it’s “literally a health and safety issue.” Walker told The Voice he is in favor of consolidation within the coming year — specifically, a proposal for the City of Ukiah and the Upper Russian River Water Agency from the southern end of the Ukiah Valley to the northern end of Redwood Valley to create a single, regional water provider.

“I think that this consolidation that’s being discussed right now is probably the single most important project that Redwood Valley can participate in,” Walker said. “I think the long-term benefits are going to be pretty significant for the future of Redwood Valley water.”

To make this consolidation possible, the five water agencies involved need to complete infrastructure upgrades including installing additional storage tanks and implementing intertie booster station improvements “to be able to move a larger amount of water … further north more efficiently than what we’re currently doing.” Walker called it “probably the biggest project [to] take place in the greater Ukiah Valley area in decades” — with an estimated cost of around $41.5 million — and said that significant state-level funding is currently available for a project like what they’re envisioning. (A map of the water districts is available on page 4 of the report).

The county BOS, the other entity required to respond, has submitted its response — and largely said it disagreed with, or did not feel qualified to respond to, the Grand Jury’s findings and recommendations. By and large, the BOS felt its authority over RVCWD, and the role of the Mendocino County Water Agency (MCWA) in special water district proceedings, had been misunderstood; In one instance, jurors put forth the MCWA as an agency that could report on RVCWD proceedings and monitor progress on water security.

“The MCWA does not have the funding or resources for ‘oversight of all water issues’ and instead is trying to assemble a Water Resource Team focused on technically assisting the 42 water purveyors in our county in grant applications and communications with State Water Resource Agencies,” the supervisors’ response reads. “The MCWA will still exist to address specific state mandates on various programs.”

Supervisors added, “The current District 1 Supervisor is happy to update the Board, but will only have access to information in the public domain. Regular formal reports are potentially misleading to the public, as they may imply that the Board or MCWA has some authority over RVCWD.” The supervisors also cautioned the Mendocino County Grand Jury to “focus on verified facts and avoid unsubstantiated opinions that tend to inflame instead of inform discussion of this critical issue.”

Wylie, who has held the post of foreman seven times, said that responses dismissing or questioning the civil watchdog’s findings are not uncommon.

“Even when an agency says, ‘You’re all wet, you got everything wrong,’ then [sometimes] we go back and actually, we weren’t all wet, and they adopted our recommendations,” she told The Voice in a phone conversation last month. “So the process works.”

The Grand Jury report also raised the issue of stakeholder involvement and engagement, as RVCWD board meetings tend to have low attendance despite the water district’s 1,130 water connections. The Board is meeting at 151 Laws Avenue in Ukiah and on Zoom at 5 p.m. Thursday. More information on RVCWD meetings can be found here.