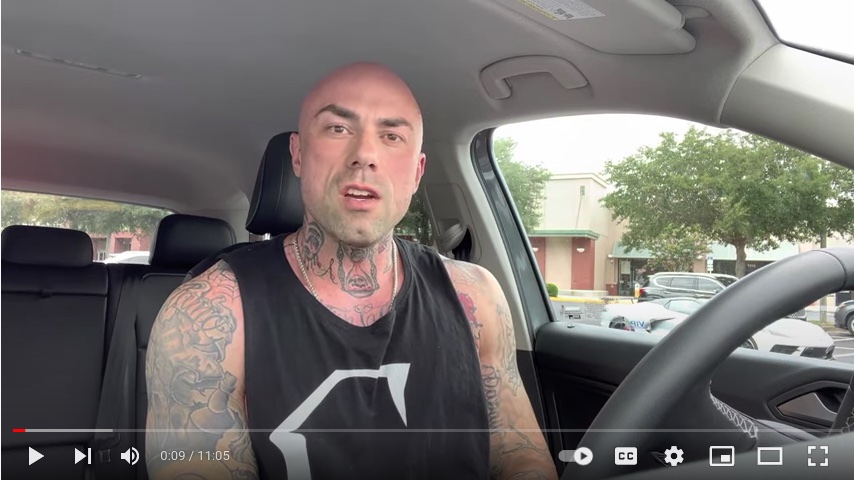 “Write in candidates never win these types of things, they just don’t … That being said, I still did get almost 15 percent of the vote.. And that’s pretty damn good … If I had run back in March I would have definitely won this thing … The support was unreal. Huge shout out to all of you that supported me,” James said in a recent video.

James missed the regular deadline to file a declaration of candidacy March 11 by more than two months, filing for the June 7 election on May 23. His campaign officially lasted just two weeks. Write-in candidates have a First Amendment right under the U.S. Constitution to ask questions and raise issues, but they rarely mount a serious challenge to anyone whose name appears on the ballot. James’ performance is noteworthy and locally historic in that regard.

“We have so few ‘qualified’ write-in candidates,” Mendocino County Assessor, County Clerk, Recorder Katrina Bartolomie — who oversees local elections — wrote in an email to The Voice. “Actually, Trent James has been the only, countywide write-in candidate I can remember since I started working here in 2004/2005.”

Write-ins for local office in Mendocino County are rare, however. Former Point Arena City Councilman Eric Dahlhoff won a write-in campaign with 56 votes in 2020, but that’s about it in recent memory.

“I’ve had a lot of people reach out to me and say they want me to run again in four years. I’m going to be completely honest with you guys, I can’t commit to that,” James said.

Short term, however, if Kendall is recalled, James says he’ll run against the incumbent. James said Covelo resident Perry “Two-Feathers” Tripp intends to initiate a recall election as soon as possible, and Tripp confirmed it in an interview with The Voice.

According to Bartolomie, that will be 90 days after Kendall’s second term of office begins on Jan. 2, 2023. At that time proponents will have to serve the sheriff with a Notice of Intention (NOI) — to which he has seven days to respond. The NOI will also have to be published in a local newspaper. After that, James and Tripp will have 160 days to gather signatures from at least 15% of Mendocino County’s registered voters — more than 8,000 people. At the earliest, that could start next Spring and run through late Summer 2023.

James quickly gained notoriety in Oct. 2021 after posting a video called “Lies and hypocrisy in the law enforcement world.” James announced his intention to expose alleged acts of misconduct and corruption, which he believes adversely affect rank-and-file cops in Mendocino County.

In the last eight months James has published roughly nine hours of video content laying out an oral history of misconduct and corruption spanning two decade’s worth of secret scandals — prompting multiple rounds of records requests. These are largely rumors, which are difficult to vet by public record, but James’ allegations regarding former county probation officer Amanda Carley, former Ukiah Police Department sergeant Kevin Murray, and former Ukiah Police Chief Noble Waidelich have proven to be accurate when compared against court records.

James’ Youtube channel, Confessions of an Ex-Cop, has racked up more than 4,000 subscribers since launch. That’s enough to monetize the channel, but just barely. James said in an interview with The Voice that he has not considered commercializing his social media presence.

Meanwhile, James is maintaining a residence here in Mendocino County where he has family as well as in the Houston, Texas, area, and working as a private investigator. Outside of his bid for sheriff, James does not intend to get back into law enforcement, citing the impact of widespread misconduct on his own personal morale.

“It seems to be the same issues everywhere. The issues that you have in the Mendocino County Sheriff’s Office, the Ukiah Police Department? They seem to be just all over the country.”