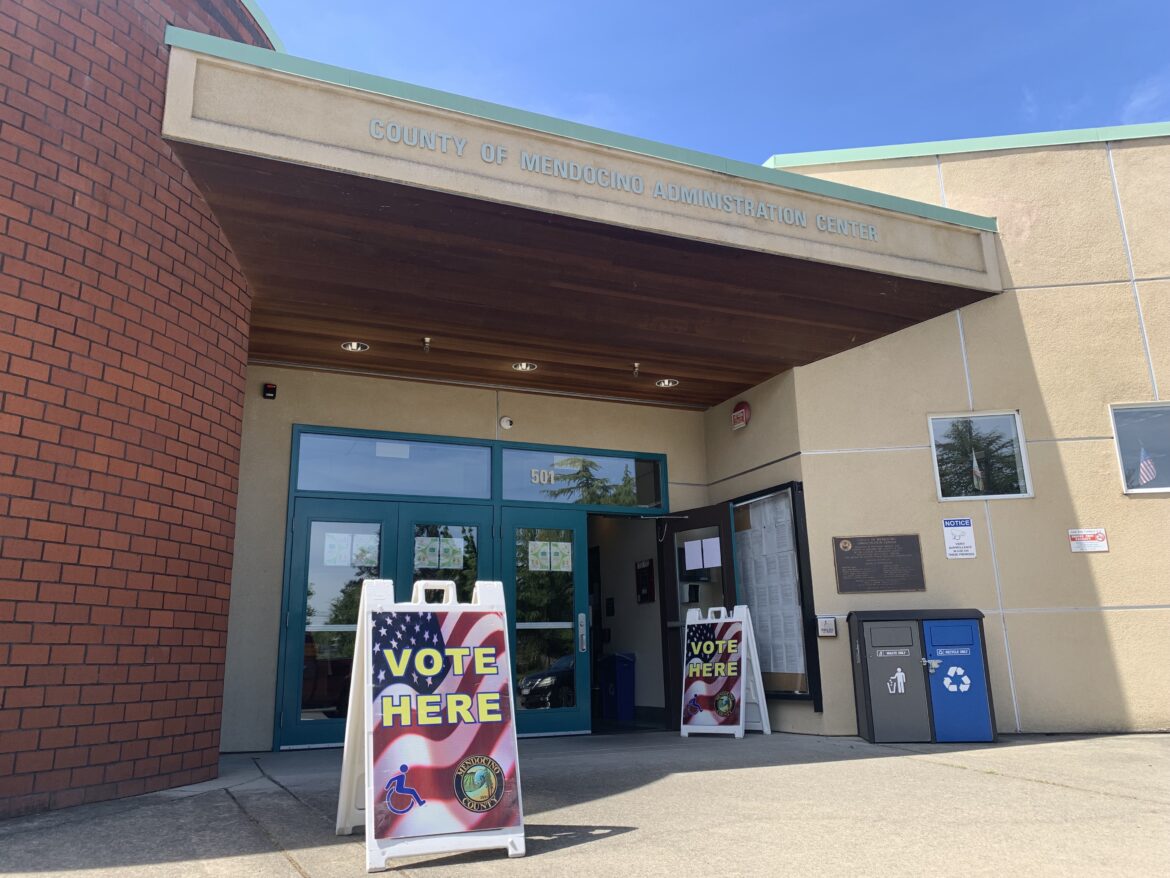 UPDATE 8:35 p.m. — The initial round of election results are out, which include only ballots that were received prior to Election Day, and so far the results are favoring the incumbents, with the except of a close superintendent race. These results include 3,461 ballots, slightly more than 6% of the total registered voters in Mendocino County.

For superintendent of schools, incumbent Michelle Hutchins received 47.87% and Nicole Glenzter 52.13% out of 3,056 ballots counted.

Sheriff Matt Kendall faced a write-in candidate, Trent James, who registered his desire to run late in the election season, and so far Kendall has received 94.84% to James’ 5.16% out of 2,674 ballots processed so far.

The Anderson Valley School District’s bond measure, Measure M, is ahead in support with 64.66% of the vote, and 34.35% of voters so far against.

Incumbents Congressman Jared Huffman, State Senator McGuire, and Assemblyman Jim Wood all received a significant majority of votes in Mendocino County in these initial results as well. The majority of other local seats were unchallenged, and the full results including state races can be found here.

The county received 12,653 mail-in ballots as of Monday night but are still receiving thousands of ballots throughout the day Tuesday, Bartolomie said. Election officials are expecting to see a 30-35% turnout in Tuesday’s primary.

“[Turnout] may be awful close to the same, hopefully we get 30%, 35% turnout,” Bartolomie said. “And that’s somewhat normal for a primary.”

Ballots were mailed to every registered voter in the state. They can be mailed, dropped off at a drop box or filled out at the several polling places throughout the county. Mendocino County election officials in Ukiah are working to process mail-in and in-person ballots and will release preliminary counts at 8 p.m. after polls close.

If a ballot was lost or did not come in the mail, voters can fill out a provisional ballot at any polling place in the county. The provisional ballot will be placed in a special envelope and will be counted after election officials confirm there were no other ballots submitted under that person’s name.

Vote counts will be updated every two hours as officials continue processing ballots. Mail-in ballots must be postmarked by Tuesday. All polling places and drop boxes close at 8 p.m. The Voice will be updating the initial results as they come in.