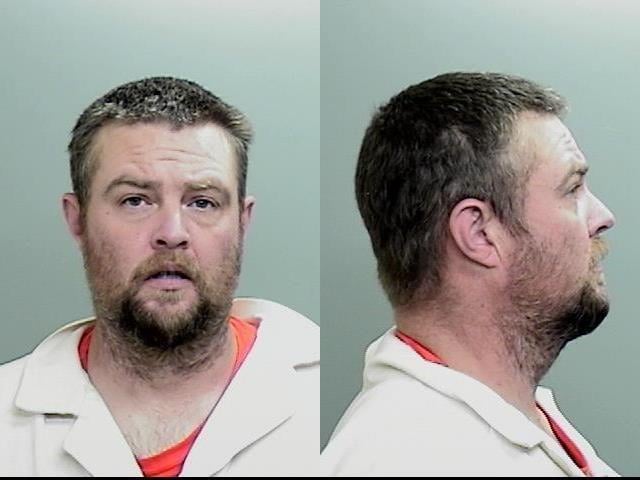 UKIAH, 3/24/22 — A woman found dead in her Ukiah apartment Tuesday has been identified as 55-year-old Deborah Garner-Flicker, according to the coroner’s division of the Mendocino County Sheriff’s Office. Drew Price, the 38-year-old man facing murder charges in connection with her death, has a history of mental health hospitalizations. He was scheduled to appear for arraignment before Judge Carly Dolan at 9 a.m. today in Mendocino County Superior Court, but did not enter a plea at that time.

Emergency personnel were summoned to Garner-Flicker’s apartment in the 200 block of East Gobbi Street around 1 p.m. Tuesday afternoon, according to a statement from the Ukiah Police Department (UPD) Wednesday. Police said the case was initially reported as a possible overdose, but the situation was deemed suspicious. Garner-Flicker was found on the bathroom floor with visible trauma to the face, and investigators allege that signs of a struggle were obvious around the apartment.

Police say Price was a friend of the victim, and that appears to prove out in their social media histories. They allege he was in her apartment that day, and had been seen leaving the complex on foot around 12:30 p.m. Investigators identified Price as a suspect and found him in the 1200 block of East Gobbi Street at Riverside Park. As of Wednesday afternoon, police said a motive for the killing had not yet been identified.

According to court records, Price was served with a temporary restraining order on Monday for the purpose of preventing domestic violence in a case involving a family member. Documents filed March 15 describe a history of abuse including violent behavior and a possible arson. Price allegedly burned down his parent’s rental property on Oak Street after he was asked to vacate it in July 2018.

In court filings his family claims Price has been hospitalized for mental health problems at least six times since 2015, but he’d been living at a Redwood Community Services residential facility since August 2020. He was apparently asked to leave that facility on Feb. 14, his family stated in court filings, and after that he returned to the scene of the house he burned down. Price’s family members filed the request for the restraining order after a series of erratic encounters.

The suspect has not been charged or convicted with arson in Mendocino County, but his criminal record does include a felony vandalism charge filed in July 2018. That case appears to be an unrelated incident involving some damaged windows that March. He was sentenced in 2020 to 3 years of probation — a sentence he has not yet completed — and was on probation at the time of his arrest for Garner-Flicker’s killing.

Available public records show Price was also charged with felony drug possession in 2006, although that case went to diversion rather than trial. He appears to have been involved with a variety of different institutions over the last 15 years, including the criminal justice system. None of that saved Garner-Flicker.

The Voice has reached out to Redwood Community Services for more information about Price and why he was asked to leave their facility, but we anticipate most of those details to be protected as a matter of patient privacy. Those details will likely come to light if this case goes far enough for a preliminary hearing or trial rather than ending early with a guilty plea or a plea deal.