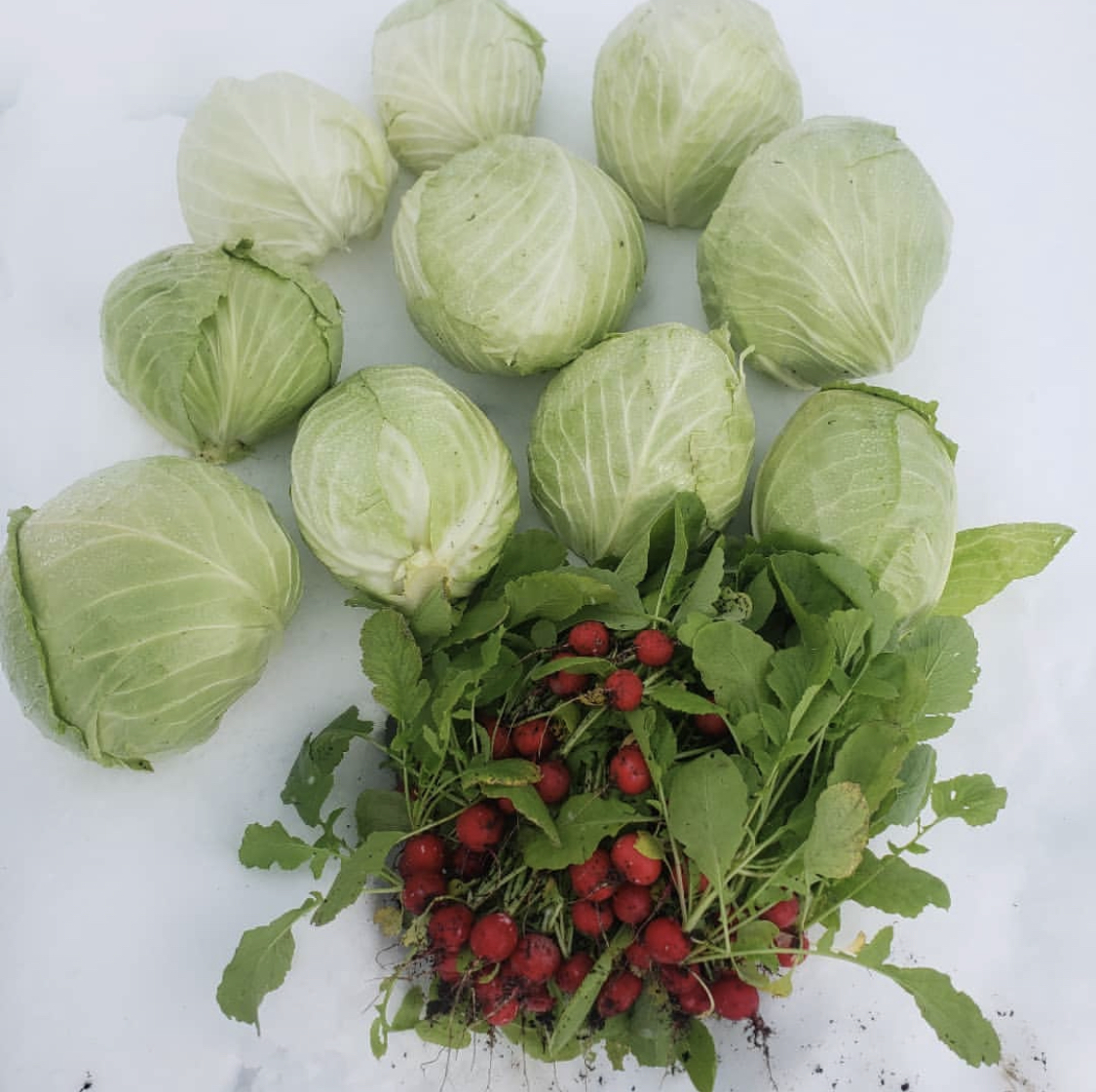 And so begins 2022.  What a year it has been, so much hard work, so many ups and downs, so much life.  It’s easy to get caught in the loop of stress and work, and I forget that this is living, that this is what I’m here to do.  It’s good to sit back and reflect, taking stock of the victories and noting the things we can do better in the year to come.

The farm has been under heavy snow for more than a week, and I’m a little nervous to see how all of the winter crops that are outside of the hoophouses have fared.  We have plantings of brussels sprouts, cabbages, romanesco and various greens that have been buried under a blanket that I hope is insulating them from the vicious cold snap we’re in.

In my almost four decades of living on this mountain, I’ve never seen a December storm like this.  We get lots of cold snaps this time of year, with light snow accumulation, but the almost two feet of snow that came down was like a February or March storm, heavy and wet with a cold front to follow that has kept the snow from melting much.  A full week later, I still can’t quite get a vehicle out the steep driveway, although it’s getting close.

A combination of being laid low with sickness and not being prepared for such heavy, early season snow means that I’ve had hefty damage to the temporary animal structures that I use for summer poultry rotations and shade for pigs.  Everything can be reconstructed without too much trouble, but my failure to get them moved under the trees or supported with extra props is going to cost me in time and energy to fix them.

It can be discouraging to look around and see that there is now more work to be done, and with the slow melting of the snow I’ve been battling frustration and a little stir craziness.  It’s also been good to have no choice but to take the respite, focusing on supporting my health with good meals and lots of homemade chicken broth.  Sometimes a little forced downtime is just what the doctor ordered.

One thing that can be said about a long, slow melting process for a big snow storm is that it will do much more to recharge the groundwater than had the same precipitation come in a single rain event.  As it melts, the snow will soak into the ground, and the runoff will be much more gentle with less siltation than happens with heavy rains.  Living just below the ridgeline, the county road is the biggest factor in siltation of the ephemeral channels that run through our farm.

Over the years one of the ongoing practices for us is building small, brush, check dams to slow the flow of water during heavy rain events.  This helps the silt from the county road to drop out into sedimentation beds, avoiding downstream silt problems when the water arrives in fish-bearing streams.  Sedimentation of gravel spawning beds has a major impact on salmon populations, and I hope to see grant funding become available for this type of siltation removal effort.

This is work that we will continue in the wet months to come, clearing some of the encroaching firs and pines from the oak woodlands that make up much of the farm.  The stacking of functions that supports forest health and water retention in the landscape is the perfect combination of multiple successes for singular efforts, removing overstocked conifers and slowing the flow of water to decrease siltation and increase infiltration into the groundwater.

As we cross the divide into the new year, my thoughts turn to planning for the season to come, working on crop rotations and building the budget.  With so much uncertainty in the cannabis market it is tough to know what revenue will allow our spending to end up being, but with many fixed costs from various taxes, fees, and the mechanics of getting product to market, we shall see how it goes.

The light begins to return, shifting each day in a way that is perceptible and brings the joy of the everlasting “hope springs eternal”.  As we move into the new year I am excited for the efforts to begin, yet cautious with concern over health and not overdoing it too early.  After the last year in which I pushed too hard for too long, I am wary of overcommitting, overwork and burnout.

It’s easy to end up on a treadmill with too much on the plate, ending up sacrificing the work-life balance to get everything done.  This is most common for us on farm with infrastructure work, because it adds extra effort to the normal cycles of crops and maintenance.  I hope that this is the year of minimal infrastructure upgrades, and that we can focus on farming and minimize burnout.  After a year of hard lessons, I look forward to a new year with excitement.  May 2022 bring blessings and abundance, and as always, much love and great success to you on your journey!