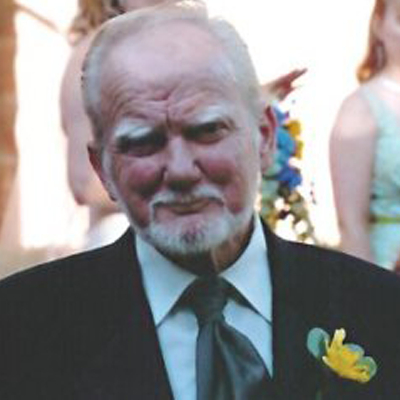 MENDOCINO Co., 11/16/21 — A partial set of human remains found in the Branscomb area last May have been identified as those of an Albion man last seen 15 years ago. A sample was sent to a DNA lab with California Department of Justice for extraction and analysis the following month, and the remains were sent to the Human Identification Lab at Chico State in August 2020. It was more than a year before the Mendocino County Sheriff’s Office coroner’s division was notified of a successful DNA extraction this September, and in October they positively identified the decedent: David Virgil Neily, who was 69 years old when he disappeared.

Investigators say a private forester found Neily’s remains in a wooded area west of Wilderness Lodge Road on May 7, 2020. The scene is near the South Fork of the Eel River and its confluence with the North Fork of Redwood Creek, in the 15000 block of Branscomb Road (depicted above). At least two vehicles owned by Neily were recovered from a property on Howard Creek Road in Westport, just a few miles west of where the remains were found 14 years later.

MCSO says there was no evidence of trauma to Neily’s remains, but a Twitter account titled Justice for David which was started in 2009, claims foul play was suspected. A www.change.org user named Lisa Neily, who identified herself as David Neily’s daughter, started an online petition urging then-Sheriff Tom Allman to investigate the matter as a homicide. The petition also implicates James Denoyer, who owned the property on Howard Creek Road where David Neily’s vehicles were found, as a possible suspect.

“We want James Denoyer to give a full account of what went on with his Uncle JC who went missing in 2005 & our Dad who went missing in 2006. He is the person of interest in both cases. Both missing men had been warned ‘not to go back to Denoyer’s property’ but they both went anyway to retrieve their personal possessions and were never to be seen again,” Lisa Neily wrote.

David Neily’s disappearance was widely reported in local media, including suspicions about Denoyer’s involvement. The case also garnered national attention from networks of hobbyists that search for missing persons online, as well as a Huffington Post article that links Neily’s disappearance to that of Donald Cavanaugh — who was reportedly connected to the property where Neily’s vehicles were found. Public records indicate that Denoyer was never charged with a crime in either disappearance, but he was charged with multiple counts of felony animal cruelty in 2006 and sentenced to probation in 2008. The Mendocino Voice found a phone number for Denoyer associated with a trucking company listed on Howard Creek Road, but the number has been disconnected. He could not be reached for comment.

“The recovered remains were discovered to be about 3 1/2 miles from that general area of the Howard Creek Road property. The Mendocino County Sheriff’s Office continues to investigate the circumstances concerning David Neily’s disappearance and ask for anyone with information concerning the last known whereabouts of David Neily to contact Mendocino County Sheriff’s Office Detective Alex Johnston at (707) 463-4086 or the Sheriff’s Office Tip-line at (707) 234-2100,” MCSO deputies said in a press release on Saturday.