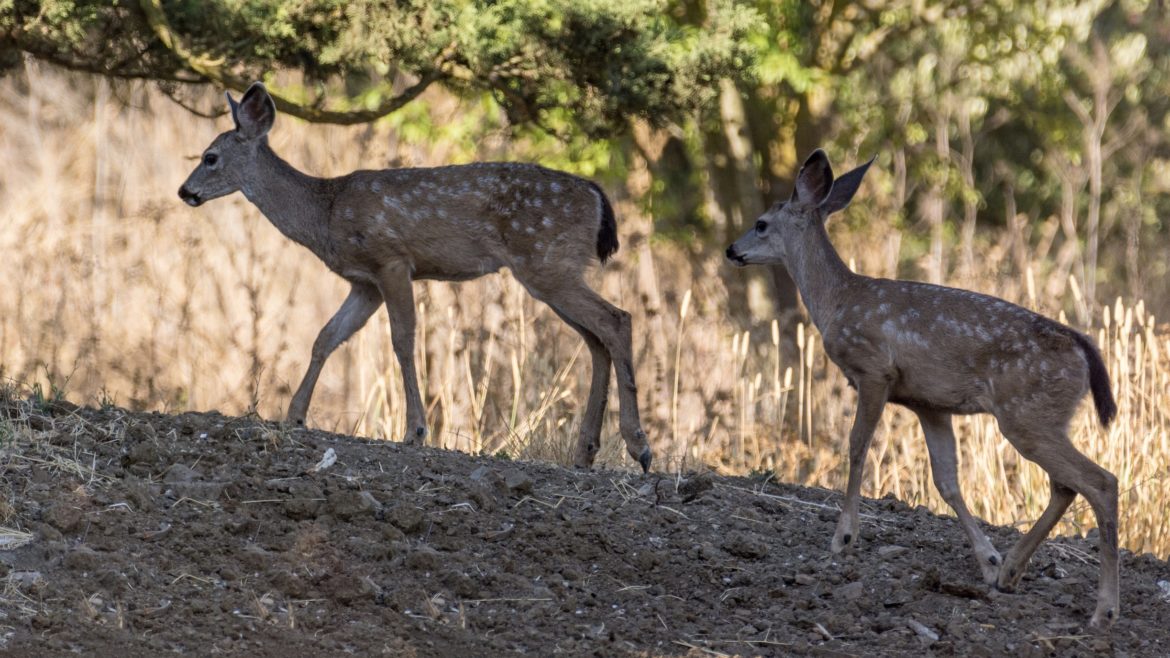 MENDOCINO Co., 10/1/21 — It’s wildfire season, and the days are getting shorter, which means people and wildlife are on the move and preparing for winter, and the chances for collisions on the roadways increase — which is why the California Department of Fish and Wildlife (CDFW) wants to remind drivers to take extra caution and watch for wildlife while driving. Here’s the announcement plus some safety tips:

As the season changes and Californians turn their clocks back an hour, the California Department of Fish and Wildlife (CDFW) is urging drivers to be extra alert for wildlife on the state’s roads and highways. Watch out for Wildlife Week happens in late September, and that’s no accident. The time change means fewer daylight hours, and it coincides with the time of year that deer, elk, bears and other animals are on the move – either for migration, mating or foraging.

An unfortunate and new California fact of life also lends urgency to the plea for drivers to be cautious. After yet another serious fire season, about 2 million acres of forest have burned, and many of the animals who live there have been temporarily displaced. They may be crossing roads and highways in search of suitable habitat, often with their young in tow. Earlier this month in Mono County, on back-to-back days, two adult female bears with cubs were killed during vehicle collisions (one cub has not been located while two others were captured and taken to a rehab facility for the winter).

“Many wildlife species have been displaced by wildfires or affected by drought this season,” said CDFW Conflict Programs Coordinator Vicky Monroe. “Wildlife sightings and human-wildlife conflict reports have increased. Drivers should remain cautious and vigilant while driving, as more wildlife – such as deer, elk, mountain lions and black bears – travel farther for food, water and habitat.”

According to the California Highway Patrol, there were 1,791 traffic collisions with animals in 2020, which – perhaps due to fewer people commuting to work during the pandemic – is an improvement from the 2,204 accidents from the year before. Unfortunately, the number of fatalities from these incidents increased from 3 to 4. These accidents are not only tragic, but costly as well. The UC Davis Road Ecology Center estimated the total cost of animal-vehicle conflicts in 2020 to be more than $180 million.

It’s never a bad time to remind drivers of the basic safety tips that might help collision numbers continue in a downward trend.

For related information on how to live and recreate safely in the wild, please see CDFW’s Keep Me Wild webpage.