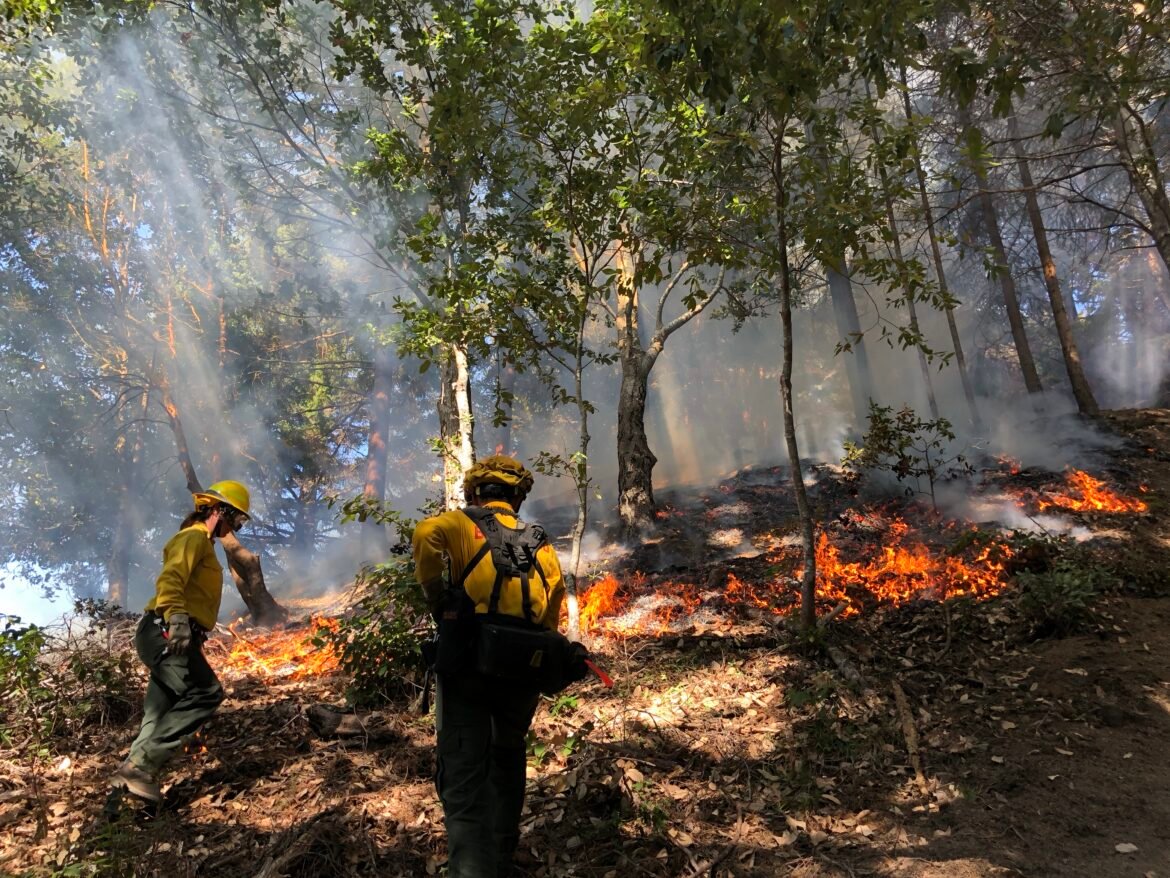 MENDOCINO Co., 9/28/21 — The historic $15 billion climate package, signed into law by Gov. Gavin Newsom last Thursday, is expected to ramp up fire prevention efforts across the state, in addition to addressing other climate-related emergencies.

Among the bills signed into law as part of Newsom’s climate package is Assembly Bill 9, authored by North Coast Assemblymember Jim Wood, which establishes the Office of the State Fire Marshal within Cal Fire to focus exclusively on fire prevention, ranging from home hardening to vegetation management. These changes would allow Cal Fire’s fire prevention work to take place on a year-round basis.

AB 9 also establishes the Regional Forest and Fire Capacity Program, which received $50 million through early budget action, to support local and regional fire prevention projects through block grants. Those block grants are intended to expedite projects proposed by local entities focused on fire prevention, like counties and fire safe councils, in order to make sure the plans being carried out are specific to their region. They’re also intended to avoid the usual one-size-fits-all, top-down approach taken at the state level, Wood said. “In our rural communities, that’s a process that doesn’t work very well for us,” Wood said. “We need flexibility.”

This week, Newsom also signed into law AB 642, which creates a cultural burn liaison intended to advise the Department of Forestry and Fire Protection on increasing cultural burn activity in the state. The law requires the State Fire Marshal to establish a prescribed fire training center by July 1, 2023.

One piece of climate legislation, Senate Bill 332, which need to be signed by Oct. 10, was notably absent from the package. “That’s a really important piece of the puzzle,” Woods said. Right now, anyone who sets a prescribed fire that escapes and damages public or private property is responsible for any fire suppression, emergency medical services, investigative and other costs resulting from the escaped fire. Under SB 332, only people who were grossly negligent in setting those prescribed fires would be held liable for the costs. “It will set the stage for insurance carriers to be more willing to insure people who are doing prescribed burns,” Woods said.

While the governor may not have signed that bill yet, last week’s package did include $20 million to start a pilot program for a prescribed fire claims fund that would help cover losses from any damage caused by approved prescribed fires that get out of control. They’re rare, but they do happen and this fund will assure everyone is taken care of in case something does go wrong, said Lenya Quinn-Davidson, area fire adviser for the University of California Cooperative Extension and director of the Northern California Prescribed Fire Council. She was among a group of people who worked to get that line item included in the state wildfire budget in order to make prescriptive fires easier to set on private land.

“This is a huge win for prescribed fire within California because we have real issues finding insurers who will provide options for prescribed fire,” Quinn-Davidson said. “So if you’re a non-governmental organization or a tribe or a private burn boss or a private landowner, you essentially have no options to insure prescribed burn projects. And that’s not because it’s too risky, it’s because the whole insurance market is not interested in being involved in anything related to fire in California anymore.”

There appears to be a consensus among forest and fire managers that fire is an important part of California’s landscape and setting managed fires has clear ecological benefits, as well as the benefit of helping prevent catastrophic wildfires. “Prescribed fire is when we use fire as a beneficial tool,” Quinn-Davidson said. The key is to set the fires at a time when they can be controlled and when they have the maximum benefit for fuels reduction, habitat restoration, invasive species control, cultural reasons and more. “It’s an incredibly versatile tool and something that goes back millennia in California,” Quinn-Davidson said.

The most recent examples of those fires providing benefits has been during the Caldor and KNP Complex fires. When the Caldor Fire arrived at the perimeter of the Caples Ecological Restoration Project, a prescribed burn project, in Eldorado National Forest, it went around the project instead of burning into it, Quinn-Davidson said. The KNP Complex Fire’s high flame lengths dropped to the ground when they reached the prescribed burn area in Sequoia National Park, which ultimately allowed firefighters to redirect the fire and protect stands that include the likes of the General Sherman Tree, believed to be the largest tree on Earth by volume.

It’s important to make it easier to set these kinds of fires on private land since that makes up a large portion of timberland in California, said John Andersen, director of forest policy and registered professional forester at Mendocino Redwood Company. Andersen was also among those who lobbied for more protections from liability for those who set prescribed fires. Of the 33 million acres of forestland in the state, the federal government owns 58%, California owns 3% and private land accounts for the rest.
Anyone interested in participating in a prescribed fire or conducting a prescribed fire on their property should contact the Mendocino County Prescribed Burn Association at Mendocino County Prescribed Burn Association (MCPBA) — California PBA (calpba.org).