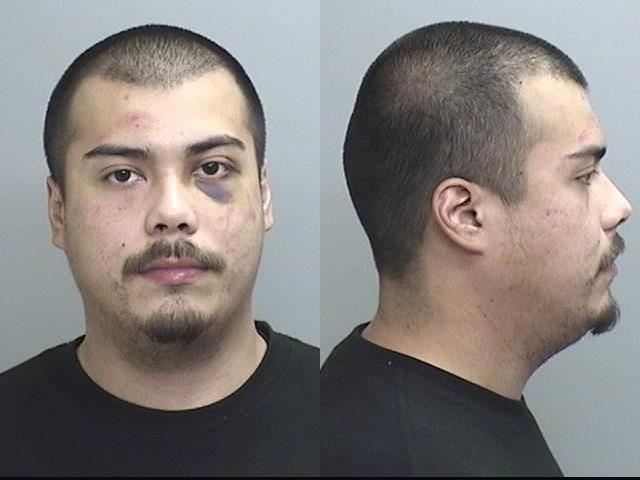 COVELO, 9/10/21 — A 23-year-old Covelo man was arrested Wednesday on suspicion of murdering his cousin early in the morning on Saturday, Sept. 4. Christopher Bettega was taken into custody after a search warrant was served at a residence in the vicinity of Mendocino Pass Road and Biggar Lane, four days after Mendocino County Sheriff’s deputies responded to reports that Christopher Bettega and victim William Bettega, 25, had been the victims of an attack and possible kidnapping around 1:30 a.m. At that time, William Bettega’s location was reportedly unknown.

While en route, deputies were notified that firefighters had located a body at Henderson and Crawford roads. The victim was later identified as William Bettega, and investigators allegedly found evidence he was struck by a vehicle that was located near the scene. Investigators found the vehicle alleged to have been used in the crime abandoned nearby in the Short Creek drainage east of Biggar Lane. They allege that evidence of a crash involving a pedestrian was found on the vehicle’s exterior. Deputies have clarified, however, there’s no evidence the victim was kidnapped.

Deputies also said there’s no evidence of any additional suspects. MCSO booking logs indicate that Marijane Sawsha Bettega, 24, was arrested early Thursday morning on suspicion of conspiracy to commit a felony and harboring, concealing or aiding a suspect wanted in connection with a felony. Both charges are felonies themselves. She was released around 4 p.m. She is not listed as a co-defendant in the criminal complaint against Christopher Bettega.

Christopher Bettega remains in custody. His arrest record indicates he’s also suspected of violating the terms of his probation, likely in connection with a felony vandalism charge filed May 5, 2020, in which prosecutors say he damaged a California Highway Patrol cruiser windshield. Meanwhile, investigators are asking anyone who might have security cameras recording in downtown Covelo to check for footage of a lifted white Chevrolet Silverado between midnight and 1:30 a.m. on Saturday, Sept. 4.

The press release from MCSO has been included below: