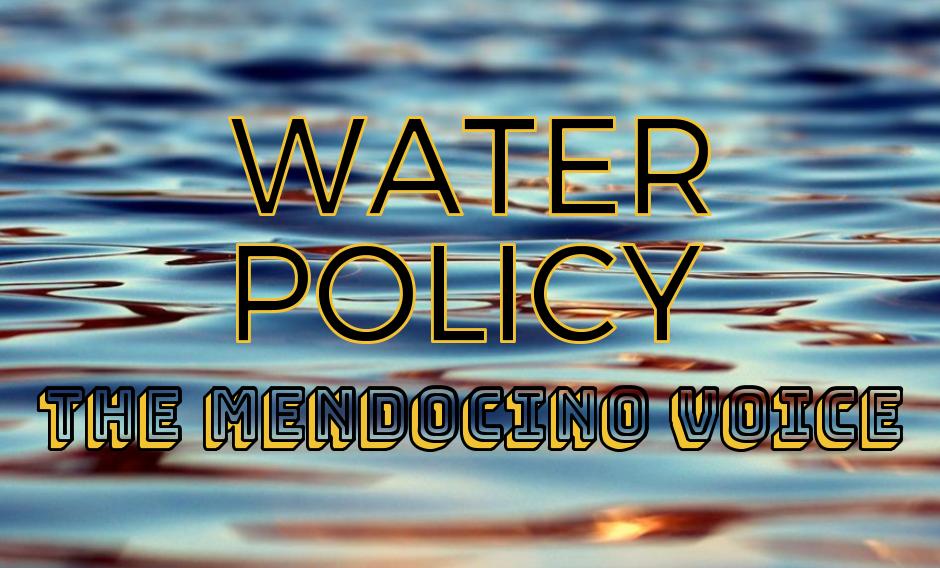 MENDOCINO Co., 8/27/21 — People on the coast are running out of places to get water and the county is desperately scrambling to find ways to ensure their supply doesn’t go dry.

At a special meeting Tuesday, the Mendocino County Board of Supervisors voted 4-0, with 1st District Supervisor Glenn McGourty abstaining, to make money immediately available to start trucking water to communities that need it along the coast. The board authorized the use of $960,000 Pacific Gas & Electric (PG&E) disaster settlement funds to cover the initial month’s costs.

McGourty said he was reluctant to use the PG&E settlement funds to address the drought after receiving feedback from Potter Valley residents that not enough of those funds were going toward safety improvements in their fire-prone community. “I’m very supportive of helping everybody on the coast, I just feel like we can do this with a little bit more time,” McGourty said. “ …Unless everybody signs their agreement for PG&E money in blood, we want to be really damn sure that this gets paid back. It’s really critical.”

Those conditions have only grown more dire, especially for Mendocino, with the announcements that Elk, Irish Beach, Mendocino Unified School District and Westport would be halting the outside water sales on which Mendocino relies. Ryan Rhoades, superintendent of the Mendocino City Community Services District, told the supervisors that 25 wells were reported dry over the past month in a district with around 420 wells total.

“That’s the highest number on record for any one given month,” Rhoades said. “ … I’m receiving reports of hotels that are operating at one-third capacity and restaurants closing multiple times per week. This is not just hurting county tax revenues, but more importantly it’s hurting our local resident wage earners in the service industry.”

County CEO Carmel Angelo told the supervisors that the county shifts funds around all the time and that the TOT funds were already allocated while the PG&E settlement funds were already in a position to be used. An expected TOT surplus could be allocated to replenish the settlement funds at a later time, but Angelo said trying to seek alternative funding sources would just lead to delay. There would already be a period of delay because the cities and counties needed to formalize their mutual aid agreements to share water, McGourty said.

However, Williams and the majority of the supervisors were convinced of the need to use the PG&E funds. “Water needs to be flowing tomorrow or the next day,” Williams said. “It can’t be a month out. We’re in bad shape today, but if you look at where the drought will be in a month from now, we’re going to be in dire straits.”

The board ultimately decided to use the PG&E funds to start and authorized county staff to begin seeking out grant funds and reimbursement funds through the state. The program would work by having the state cover the cost of any long-distance trucking, like from Ukiah to Fort Bragg, and have residents continue paying the cost of water (3 cents per gallon) and local hauling (about 24 cents per gallon). The cost for four months of the program is expected to be $3.84 million.

The board unanimously authorized the county staff to enter into a sole source contract of up to $1.5 million for a water hauler for the first month or so of the program. Howard Dashiell, the county’s director of transportation and engineering, said there were several companies, including out-of-area ones, that were interested in contracting with the county already. “The thing about non-competitive bidding is you call around and try to get some quotes, but you’re pretty much paying for whoever will show up. I’m sure we’ll find somebody in the state at some price that will do it.” For the longer term, the county is expected to have a competitive bidding process for water haulers.

Unfortunately for businesses, the state only covers the long-distance hauling cost for domestic water users. Commercial water users would have to pay the long-distance hauling cost, which is estimated to be around $945 per truckload. Williams stressed that something needed to be done to help businesses mitigate that cost and ensure they don’t have to shut down for lack of water.

“Does the board see the need to have any kind of follow up or next steps on that item — how to save our local economy from what this sticker price will cost,” Williams said, “or are we done?”

The County of Mendocino is Seeking Water Hauling Services Starting as Early as August 31, 2021

The County of Mendocino is seeking water hauling services starting as early as Tuesday, August 31, 2021. A formal bidding process will be conducted in the near future.

The County is seeking proposals from Certified Water Haulers (or pending certification) for a per gallon and per hour estimate to haul water. Proposals should include your price and availability and the maximum number of per day you would be available to haul.

In order to perform this service you will have to be a certified water hauler with the State of California.

The estimates on the volumes are currently 47,500 gallons per day transferred for the months of September, October, and November. This is assuming 20 working days in the month.

General questions related to the drought emergency should be directed to [email protected].