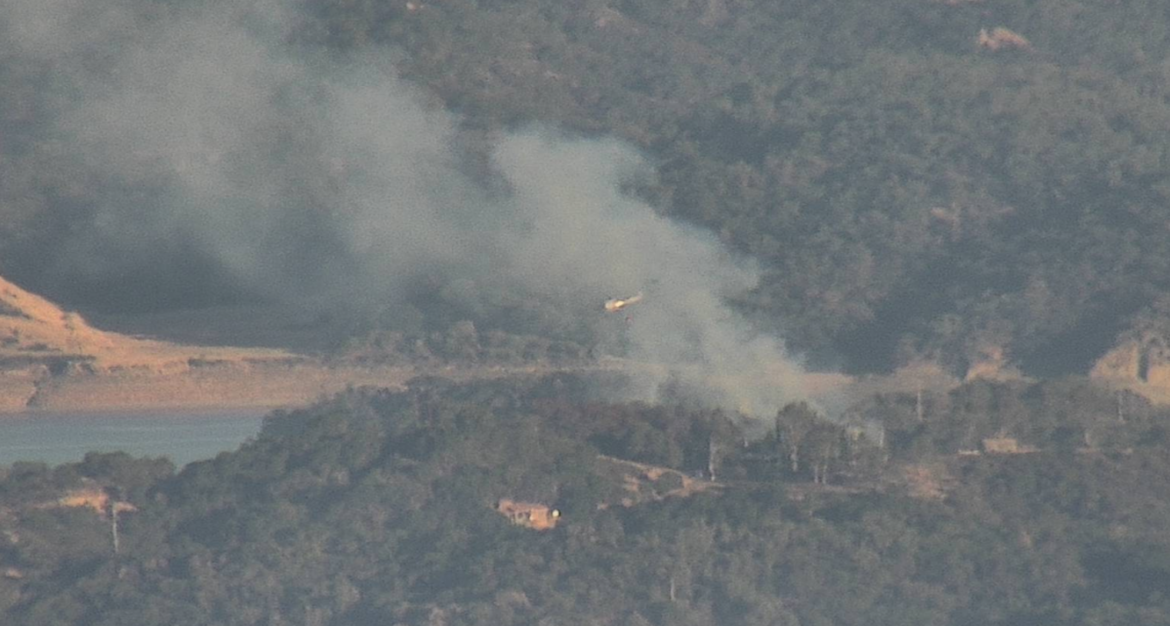 WILLITS, 7/11/21 — A small wildfire is burning just north of the south boat ramp at Lake Mendocino (though of course the lake has receded a great deal from the ramp). The fire is burning on a hill above the lake, along Lake Ridge Road, and is in the range of one to two acres, with growth stopped.

Already firefighters have succeeded in stopping its spread and are making quick progress with the assistance of aircraft. The latest update as of 8 p.m. indicated that the fire was holding at two acres and that firefighters would remain on the scene for several hours to mop up.

A formal evacuation has not been declared, but deputies are in the area, warning people, and asking that they maintain “situational awareness.”