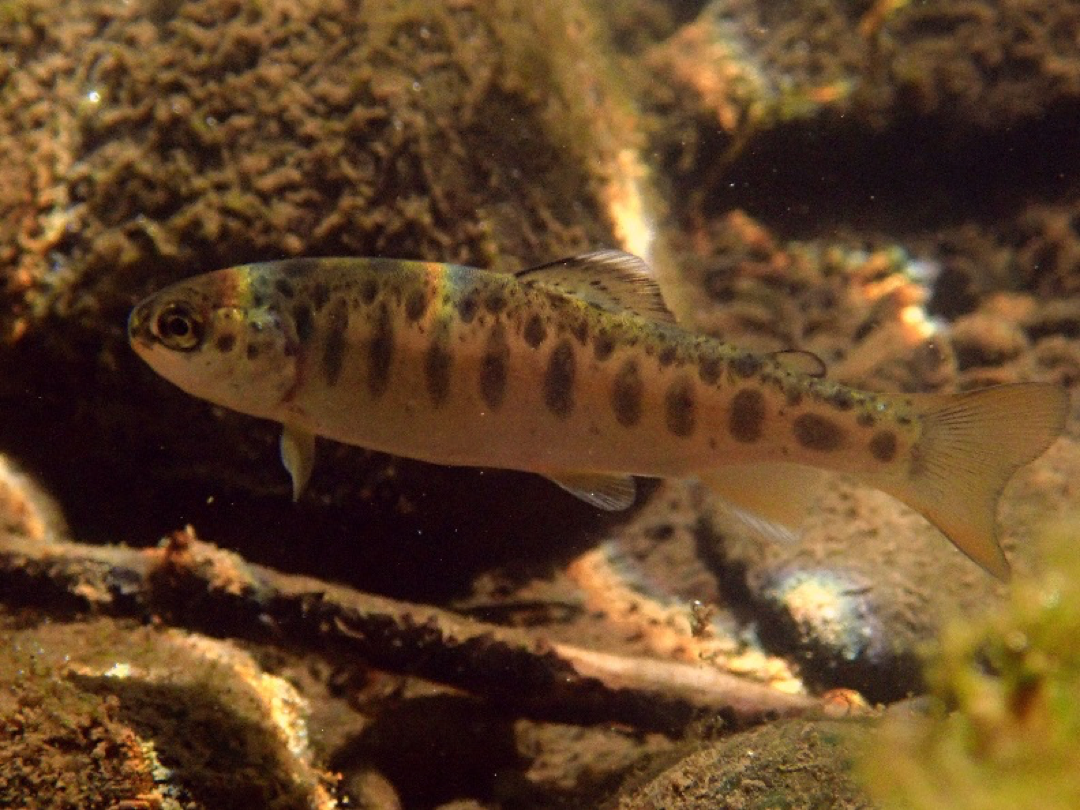 WILLITS, 5/20/21 — The following is a press release from the environmental organization the Eel River Recovery Project, in which they provide a report on conditions in Eel River tributaries, as they pertain to salmonids.

The Eel River Recovery Project (ERRP) began its tenth year of water temperature gauge deployment on Sunday, May 10 and found signs of ecological stress caused by the 2020-2021 drought already.  Reconnaissance started in Outlet Creek and followed in the Tenmile Creek watershed that surrounds Laytonville.  Studies in the latter basin by ERRP related to flow are part of a California State Coastal Conservancy Prop 1 grant that also includes erosion control.

The Sunday, May 10 survey began where Outlet Creek meets the main Eel River and proceeded upstream to the headwaters above Willits.  ERRP Managing Director was joined by volunteer Phill Hosking.  No fish were seen at the mouth, and only two steelhead or trout juveniles were seen at 11 sites visited.  One young of the year steelhead was sighted just downstream of the Highway 162 near the Highway 101 junction, and the other in the headwaters of Outlet tributary Cherry Creek, where the fish was likely a resident trout.

Upper Baechtel Creek had served as a steelhead refugia until the reach dried up in late 2020, and no fish were seen there this visit, indicating that spawning at this location was not possible in the previous spawning season due to low flows.  Locations such as Outlet Creek at Bloody Run Creek and lower Long Valley Creek had profuse algae blooms and no observed fish life.  Such dense blooms can cause dissolved oxygen depression, elevated pH and even toxic levels of ammonia.

On Monday, May 10, a visit to Cahto Creek downstream of the Cahto Reservation found numerous very small young of the year steelhead or native trout and several other age and size classes.  Algae blooms were much less dense and the fish community was still dominated by steelhead.  The warm water adapted, non-native California roach were present but fewer in number, which will change with the season as the water warms.

On Tuesday, May 11, ERRP’s Pat Higgins was joined by University of California Berkeley post-doctoral researchers Philip Georgakakos and Gabe Rossi and they visited lower Tenmile Creek and tributaries Streeter and Big Rock creeks.  Once again, young of the year trout were present in high numbers, however, they were also accompanied by warm water roach and invasive green sunfish at the main Tenmile Creek location.  The greatest positive surprise was the identification and documentation of juvenile Chinook salmon in lower Tenmile Creek by the UCB scientists, which indicates that late fall run Chinook excellent spawning areas just upstream in January.

Unfortunately, without some unseasonal late spring or summer rain, Tenmile Creek and many of its tributaries may go dry later this summer.  ERRP is working to design and permit water expanded storage systems that would allow saving enough water over the winter, to allow forbearance of streamflow during low flow periods.  Best-practices consultant Noah Cornell returns to ERRP service to help Tenmile Creek watershed residents to conserve water and devise water strategies and he may be reached at 707 972-9503.

This week’s Eel Zoom #7, which is Friday, May 21 at 5 PM, is timely in that Dr. David Dralle will talk about how undisturbed watersheds store and produce water and how water yield in the Eel River watershed can vary with geology.  Researcher Eli Asarian has studied Eel River flow records and has found a long-term declining trend.  Explore varying hypotheses on what is driving that trend and what we might do to restore flows.  Go to www.eelriverrecovery.org to sign up for Eel Zoom.  Monitoring assistance can be requested by calling Pat Higgins at 707 839-4987.  Field photos are available on the ERRP Facebook page and videos on their Vimeo channel.