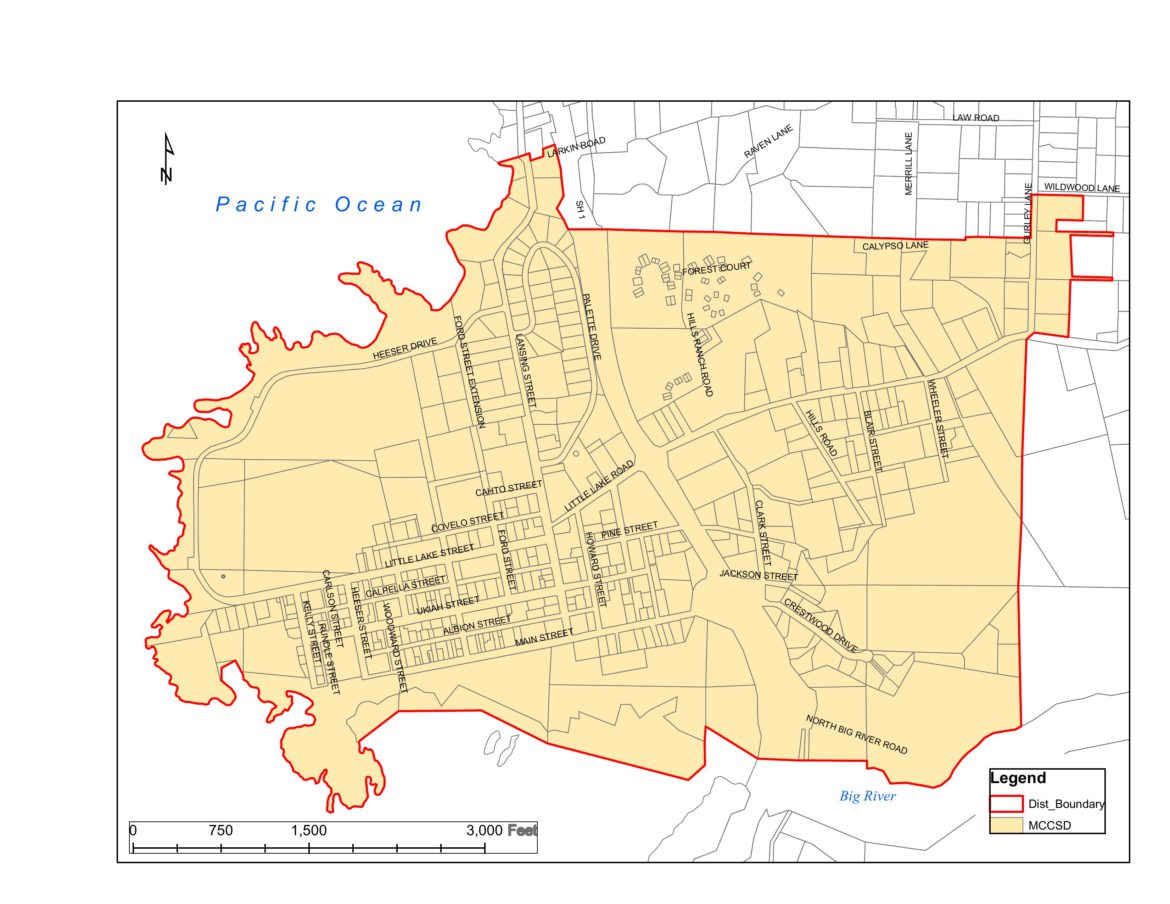 LITTLE RIVER, 4/29/21 — The town of Mendocino is already at a stage three water shortage and eyeing a stage four, which would trigger mandatory 40% reductions in water allotments for all users, according to district superintendent Ryan Rhoades. The Mendocino Community Services District Board is holding a meeting May 3, at which they are expected to raise the drought level.

“This combination of back-to-back severe drought years will have a serious impact on the groundwater within the Mendocino District,” wrote Rhoades in an email.

Rhoades anticipates that even with conservation measures, wells will run dry in Mendocino.

The town of Mendocino is in an especially tough spot, more than many other water districts around the county, because they don’t have access to any surface water — they don’t pump water any nearby streams or creeks — and they don’t have a reservoir to dip into when times get tough. While most people of the town are connected to a municipal sewage system, the vast majority of people use individual wells.

“The town did not ask for and did not receive any runoff water,” said Ed O’Brien, who was the president of the Mendocino Community Services District Board for 23 years and was the Mendocino Town fire chief for seven years. “So they lived on the water that fell on their town, and that’s the groundwater,” he continued, discussing the history of the town’s water system.

O’Brien went on to explain that from the towns establishment in 1850, over many years, the population of Mendocino grew, but no one paid close attention to how much water was available or how large a population could be supported by what was available in town.

“There were no questions, of how much water do you have down there?”

Last year, the district was also in a stage four water shortage for a time due to well below average rainfall. But because of COVID, tourism was greatly reduced and as summer went on, the 23 wells the district monitors were higher than predicted and Mendocino was able to downgrade to a Stage 2 water shortage at the end of August. But with COVID rates going down and the number of vaccinated people going up, the same cannot be expected for this summer.

Without a reservoir or any other sort of backup water source, the only choice for Mendocino residents if they run out of water is to truck it in.

One Ukiah-based water company, Hlm Bulk Water Delivery, trucks water at a price of 10 cents per gallon of potable water or $350 per 3500 gallon truck load, which is a bit more than a month’s worth of water for the average single user.

In addition to being pricey, it’s likely not a feasible long term solution. Mendocino isn’t the only water district in the area that has to tighten their belt this year and water trucks can only deliver if there’s water available to buy. How long can water trucks deliver if other nearby towns run out of water? If trucks have to go further to get water, how expensive will it get? Those questions yet to be answered. Not to mention, trucking water comes with large carbon emissions.

O’Brien said the last time Mendocino was in this rough of a spot was following the 1975–1976 winter, which was the driest in California’s history and that the only way some Mendocino residents made it through was by sharing water among neighbors.

“Years ago, back in ‘76 —  the last time there was a big drought — there were hoses across the fences and that’s how people got by because their well went dry, but the other guys’ were still okay,” said O’Brien. “So they threw a hose across the fence. And at one time up on Calpella Street there were three, four, five houses stuck on one well that had still water.”

O’Brien mentioned that, thinking about the future of water security in the town, there is some talk of building a reservoir. However, he noted that a reservoir isn’t a sure-fire solution, citing Governor Gavin Newsom’s recent visit to Lake Mendocino, where he declared a drought emergency in Mendocino and Sonoma counties standing against the backdrop of cracked, muddy, arid land that used to be covered in water.