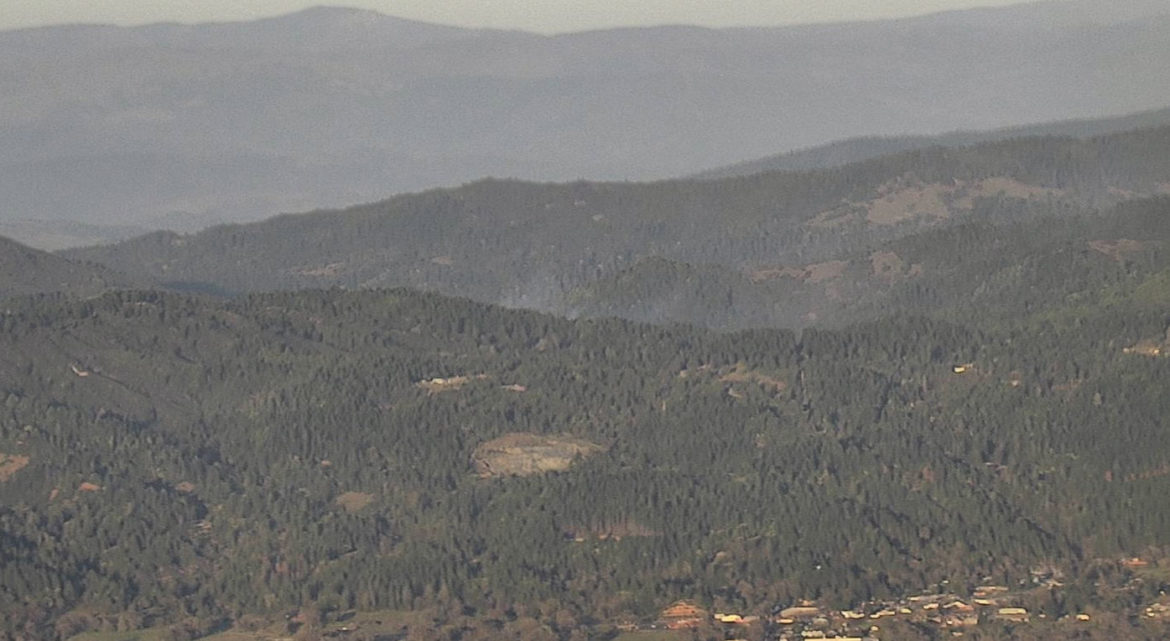 UPDATE 8:40 p.m. — The Dos Fire, burning a couple miles east of Laytonville, has been fully contained, according to a tweet from Mendocino County Cal Fire Unit Chief George Gonzalez.

UPDATE 7:50 p.m. — New firefighters and resourced continue to arrive in Laytonville. Scanner chatter is hard to discern due to considerable static, but one firefighter was heard to say “we’re going to be here a while.”

On an unrelated note, many people along Hearst-Willits Road, or east of the Little Lake Valley may have noticed substantial smoke over the past couple days. We have confirmed with Cal Fire that the burn occurring there is a private broadcast burn, but that the owners of the land have permits from both Cal Fire for the burn, and the local Air Board for the smoke.

Though rain is in the forecast for this weekend, and even snow in the mountains, it appear that fire seasons has definitively arrived early. Earlier today Governor Newsom held a press conference in the basin of Lake Mendocino to highly the difficult times ahead with a hot drought year. He also signed an executive order to assist with drought measures, and touted new money directed towards staffing Cal fire. The Mendocino County Board of Supervisors declared a drought state of emergency yesterday, and Sonoma County has declared a similar emergency.