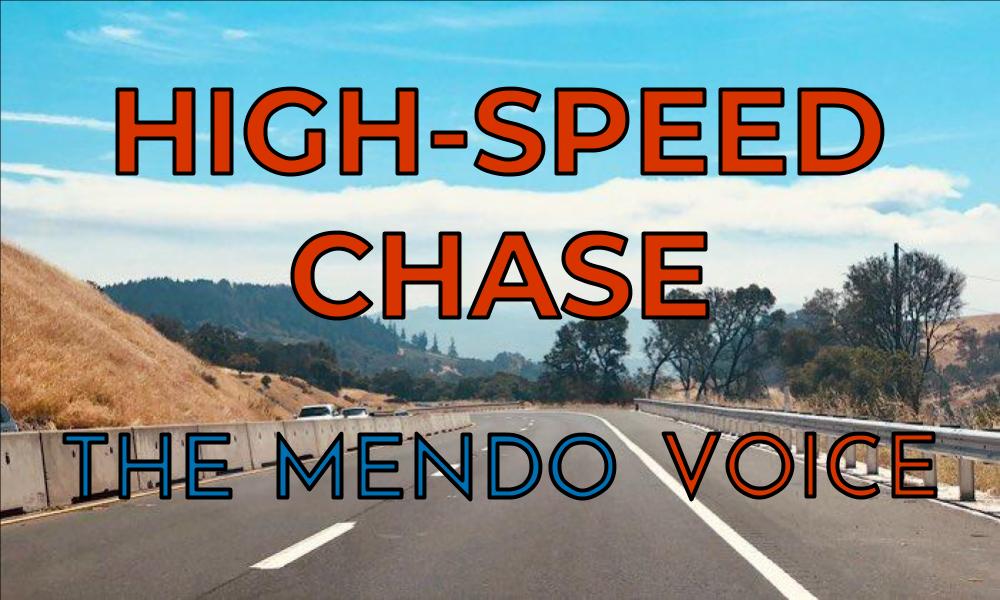 UPDATE 9:45 p.m. — A suspect is in custody after a car chase, car crash, and subsequent foot-search. Law enforcement were assisted in the search by a police dog.

WILLITS, 12/8/20 — A robbery at the Willits Burger King led to a car chase through the country roads of the Little Lake Valley and eventually up to Laytonville this evening.

What we know about this situation is gleaned from scanner traffic, and has still not been verified directly with authorities. What we know is that a robbery, at or near Burger King, possibly involving some pounds of cannabis, was followed by sprawling car chase. First police chased a black Toyota SUV, described as either a 4Runner or Sequoia, east on Commercial Road. The driver was described as a white man. Also possibly fleeing (or chasing) was a white Subaru driven by a white woman. The chase was later picked up on the 101, with a vehicle heading north, and law enforcement followed the vehicle all the way to Laytonville.

In Laytonville one man bailed from the vehicle and a foot pursuit ensued. As of time of publication (6:45 p.m.) police and deputies were searching on foot for a suspect in Laytonville.