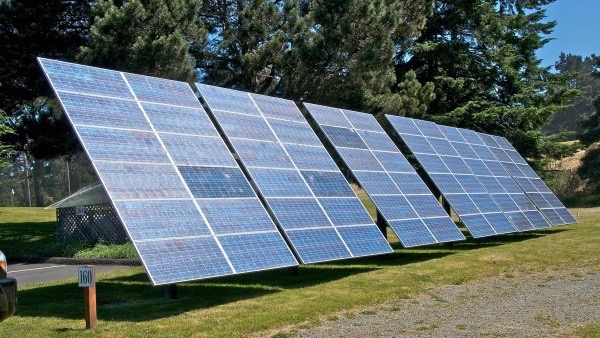 Proponents of community choice aggregation (CCA) believe that CCAs are the key to a green energy future in California — helping the state meet its clean energy goals, and offering cheaper energy to consumers. “Central to the concept of CCA is local choice,” wrote CalCCA communications director Leora Vestel in an email. “It gives the communities themselves the power to make choices about energy resource portfolios and investments.”

What is community choice aggregation?

Community choice aggregation (CCA) programs are an alternative to traditional, investor owned energy service providers. They allow cities or counties to buy or generate electricity on behalf of their residents while still using the existing electricity infrastructure. Essentially, community choice aggregation transitions some control of electricity supply from private entities to public, not for profit ones created by local government. The idea is that local governments will better represent community desires for clean energy, whatever they may be, and have more leverage to negotiate lower prices for consumers. Across the state, over 200 communities have created CCAs, and 60 of those communities use 100% renewable energy, according to research from UCLA’s Luskin Center for Innovation.

This transition creates competition in an industry that was previously a de-facto oligopoly. Theoretically, the competition should bring down costs, and, assuming that the democratic process works, and the government serves its citizens like it’s supposed to, give citizens a greater voice in what energy mix is available to them and how much they pay for it.

Community choice aggregation entered the California scene in 2002, when Governor Gray Davis signed Assembly Bill 117. The bill didn’t create CCAs, it just opened the door for cities and towns to create them if they wanted.

When elected officials vote to create a CCA in their jurisdiction, all electric customers are automatically enrolled. If customers want to remain with their shareholder owned utility, such as Pacific Gas and Electric, San Diego Gas and Electric, or Southern California Edison, they must opt out of the CCA. The majority of consumers in jurisdictions with CCAs do not opt out.

Over the past 18 years, CCAs have committed to purchasing 6,000 MW of clean energy over the next 10 to 25 years. The deals for almost half of that energy, 2,700 MW, were executed this year. The energy will come from a variety of sources. Here’s the breakdown:

Although some of these sources are from existing operational facilities, other sources are new or still being built. This is very important because it means that CCAs are creating more green energy and therefore reducing C02 emissions, rather than just shuffling renewables from one energy provider to the other. CCAs provide 55% clean energy, according to Vestel, the director of communications at CalCCA. Meanwhile, PG&E only uses 33% renewable, San Diego Gas and Electric uses 45%, and Southern California Edison uses 30%.

Earlier on in the life of CCAs, skeptics worried that they would not necessarily create a greener system, but rather change ownership of dirty and clean electricity from private utilities to local, not for profit public entities. This would not help to reduce emissions and subsequently fight climate change. With the creation of new facilities, CCAs end up driving the growth of clean energy in California. “CCAs are playing an increasingly significant role in meeting California’s renewable energy and greenhouse gas reduction goals,” Vestel wrote in an email.

Around the state, there are 23 community choice aggregators serving over 200 communities. The community choice aggregator for Mendocino County is Sonoma Clean Power, which serves 227,000 accounts between Sonoma and Mendocino, and is used by 87% of eligible customers. Sonoma Clean Power was the second aggregator to begin operations, in 2014, following behind Marin Clean Energy, which was up and running by 2010.