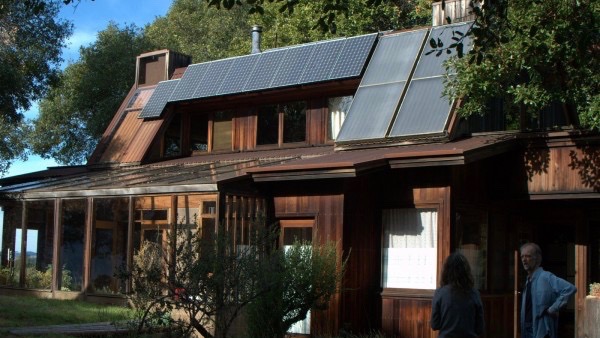 MENDOCINO Co., 12/4/20 — Last Monday, Nov. 30, Sonoma Clean Power held a public forum via Zoom, asking residents and interested parties to share their priorities, questions, and concerns about the future of the energy provider, which serves electricity to 227,000 customers between Sonoma and Mendocino Counties.

Responding to high demand, Sonoma Clean Power says they plan to build more clean energy sources. So last week they turned to community members, and asked them what energy mix they want and how they want it built. At the meeting, attendees voiced their desires for more solar power and battery storage, as well as more engagement between Sonoma Clean Power and local jurisdictions.

What is Sonoma Clean Power?

Sonoma Clean Power is a community choice aggregator — an alternative to traditional, investor owned energy provides and producers such as PG&E. Community choice aggregation allows cities or counties to generate and purchase energy on behalf of their residents. In California the business of generating electricity (power plants, solar fields and the like) is separate from business of actually transmitting that electricity down power lines to customers. Decoupling energy generation from transmission, has allowed competition among energy generators, even while most electricity transmission and delivery remains in the hands of a few big companies. Sonoma Clean power in particular is owned by customers where it operates, and operated as a joint powers agency formed by the various cities and the counties of Mendocino and Sonoma. People in these counties can purchase green energy aggregated or produced by Sonoma Clean Power, though it’s still ultimately delivered by PG&E (or the City of Ukiah). Think of it as the difference between Amazon and the Post Office.

Proponents of community choice aggregators (CCAs) say that these alternative energy providers give residents a voice in choosing energy portfolios and negotiating for lower energy prices.

Sonoma Clean Power offers two energy mix options to its customers. The first, CleanStart, is 50% renewable and 97% carbon free. The second, EverGreen, is 100% local, renewable energy. EverGreen is the only plan of its kind in California.

Because more residents of Sonoma and Mendocino are opting in for 100% renewable energy, Sonoma Clean Power is looking into creating new sources of local, renewable energy in order to keep up with demand.

Simonson noted that PG&E, which offers 29% renewable energy, only uses renewable energy from solar, not geothermal, so they must rely on natural gas when the sun isn’t shining.

How many new facilities, or exactly how much more energy is needed isn’t clear yet. “We’re really at the beginning stages of planning,” said Simonson during a phone call before the Zoom meeting.

In the meantime, Sonoma Power will continue to be able to offer its EverGreen customers 100% local and renewable energy, because the world’s largest geothermal complex, the Geysers, is located partially in Sonoma County, and has the potential to power around 900,000 homes. But Simonson said Sonoma Power wanted to check in with its consumers to see if they are happy with a largely geothermal energy mix or if they want to diversify.

Here’s what happened at the meeting

Meeting participants made clear that they would like to see more solar power and more battery storage rather than relying largely on geothermal. Buying more geothermal energy from the Geysers doesn’t create a greener state electricity grid or reduce carbon emissions, it just transitions the same energy from one provider to another. Meeting attendees said they would prefer Sonoma Power invest in new clean energy sources that create more green energy and green jobs.

Multiple public commenters spoke about the need for battery storage to provide citizens with electricity during power shut off events.

In California, the number of community choice aggregators is growing rapidly, providing alternatives to traditional energy generators, such as PG&E, Southern California Edison, and San Diego Gas and Electric. The big three energy providers are private, shareholder owned utilities. CCA’s are public, government agencies that do not operate for profit. This means that instead of private companies purchasing and providing energy, municipal governments have the buying power. Sonoma Clean Power was created by as a JPA. Follow this link to another Mendocino Voice article with details on CCA’s.