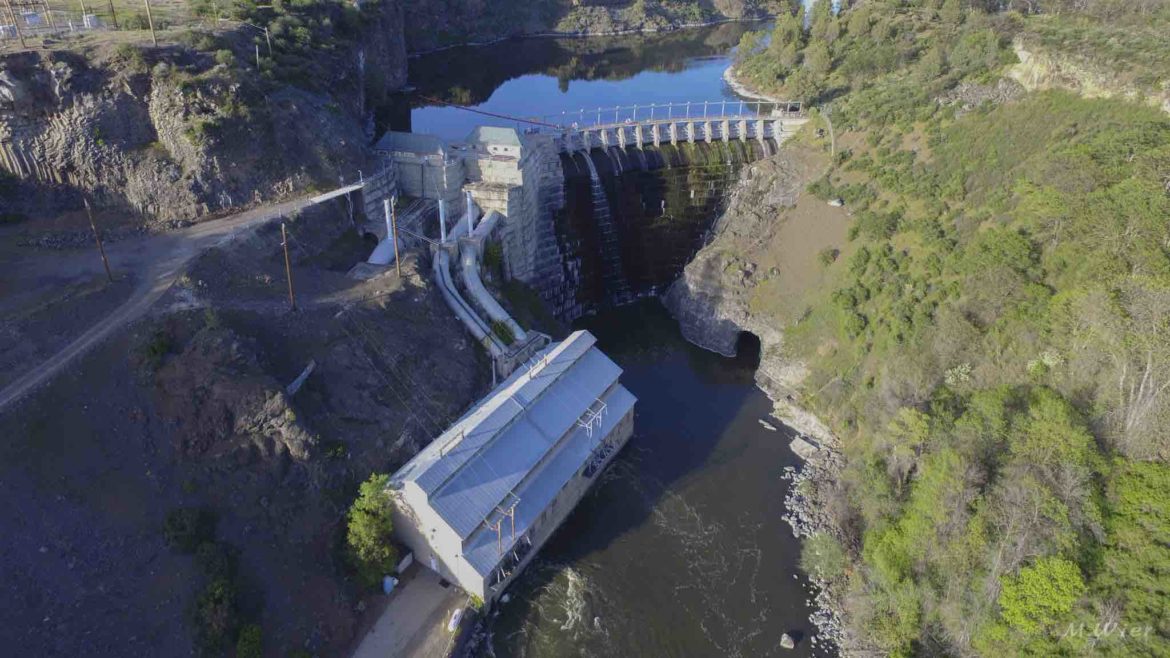 MENDOCINO Co. 11/17/20 — A long contested plan to remove four hydro-electric dams on the Klamath River is finally moving forward, creating a path for restoring the river’s decimated salmon fisheries and cleaning up a waterway that has long been central to local Native American tribes.

The process of physically removing the four dams, which are owned by energy company PacifiCorp, is set to begin in three years.

The agreement was announced at a Zoom meeting at 1:30 p.m. this afternoon. The Zoom meeting featured Governor California Governor Gavin Newsom, Oregon Governor Kate Brown, leaders of the Karuk and Yurok Tribes, California Department of Fish and Wildlife director Charlton Bonham, CEO of the Klamath River Renewal Corporation, and representatives from Pacificorps, which is a subsidiary of Warren Buffett’s company Berkshire Hathaway Energy.

The question of whether or not to remove the dams was fraught over for over a decade.

For years, native leaders and local government officials have called for the dams to come down, citing a damaged river unable to provide economic, ecological, or cultural stability and services.

At the same time, PacifiCorp voiced concerns about the potential cost of dam removal for their company and their rate payers.

After many years of discussion, an agreement was reached.

Assuming everything goes as planned, the Federal Energy Regulatory Commission will remove PacifiCorp from the license, and the Klamath River Renewal Corporation together with the states of California and Oregon will be responsible for dam demolition. This part of the agreement assuages the Regulatory Commissions concerns about financial backing for the Klamath River Renewal Corporation and allows Pacificorp to free themselves of potential liability for anything that goes wrong, which was the only way they would sign on to the agreement. The entire memorandum of agreement is available here.

“This dam removal is more than a concrete project coming down. It’s a new day and a new era for California tribes,” said Yurok Triabl Chairman Joseph L. James. “Our way of life will thrive with these dams being out.”

The path to this agreement was long and challenging here’s some history behind the agreement:

The four dams that will supposedly start being removed in 2023 were all built in the last century, between 1903 and 1967. In 2000, the Federal Energy Regulatory Commission agency within The U.S. Department of Energy that regulates the interstate transmission of electricity, began the process of relicensing the dams.

In 2010, 50 signatories signed on to a settlement agreement called the Klamath Hydroelectric Settlement Agreement, which provided a framework for potentially removing the dams.

Notably, the agreement allowed Pacificorps to transfer its dam license to the Klamath River Renewal Corporation before removal. This way, Pacificoprs would not take on liability for any issues involved in dam removal.

But in the summer of 2020, the Federal Energy Regulatory Commission decided that PacifiCorp could not transfer it’s license to Klamath River Renewal Corporation without a cosigner due to concerns about the Renewal Corporations available funds to deal with potential problems.

Those involved in this latest agreement hope that with California and Oregon signing on to the agreement, and working to grow the Klamath River Renewal Corporations contingency funds, that concern will be resolved.

“Together we will take the final steps needed to bring this important work to completion,” said Oregon Governor Kate Brown. Although this agreement is a step forward, there is still a lot of work to do to make sure their plan turns into action. During the zoom announcement, all parties voiced their commitment to seeing this through.

“The Klamath is a mighty river, but the river is not doing well, nor are the salmon that call it home,” said California Department of Fish and Wildlife Director Chartlon Bonham, who mediated the meeting, “For many a life without salmon in this river is not a life at all. People care about the Klamath River deeply. Saving the Klamath will save the people and communities that depend on it.”