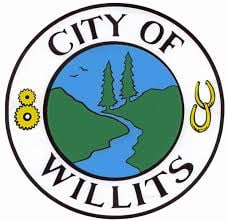 LITTLE RIVER, 10/1/2020 — For years, the City of Willits has been struggling to stay afloat financially. A combination of the economic factors ranging from the the decline of loggin and the completion of the Willits Bypass, to changes in the cannabis industry, along with a relatively low sales tax pushed the city to dire straits, so much so that the Willits had to dip into their reserves three years in a row and officials talked of disincorporation.

Hence, Measure K, which local officials hoped would stablizhile finances by enacting a ¾ cent sales tax. The measure, which was billed as a way to prevent Willits from having to eliminate police services, close city facilities and put an end to other services, has passed by an huge margin. (Though votes remain to be counted, the margin is sufficient to all but mathematically guarantee that the measure passes at final tally.)

The passage of Measure I allows the Willits Unified School District Board to collect $17 million dollars in bonds over the next 10 to 12 years in order to repair aging school buildings. Ultimately, they will pay the money back through funds from increased property taxes.  Measure I passed with 60.17% of the vote.

Westerberg said that he would like to have some building repair projects organized by spring so they can be done over the summer, when school is not in session.“We have lots of issues with facilities, they’re all very old, my newest building is 32 years old. The other ones are from the 1950s and my high school is actually from 1929. But they’re great old buildings, they’re very solid, they just need a lot of repair,” he said.

The passage of Measure I does not mean that the school district has $17 million dollars in their back pocket to put towards repairs right now. Rather, they will take the money in five separate bond offerings over 10 to 12 years. Ultimately The District will pay the bonds back with increased property taxes. The money will allow Willits Unified to start taking care of projects they already have in mind, and allow them to take care of future issues immediately, rather than waiting until they can find the cash. “I’m super pleased and the teachers and staff are very pleased with the support. We know nobody likes taxes and unfortunately it’s the only way we have to fix a public facility.”

The Willits Unified School District Board will decide exactly when the money is collected and used. However, Westerberg said that the Board has discussed the possibility of getting projects started by summer 2021.

Some of the projects on the top of Westerberg’s list are a parking lot at Willits High School that he said is in “extremely bad shape,” and a leaky roof at Blosser Elementary.

“We’re extremely grateful that the community supported us to continue to fix these,” said Westerberg. “The only other choice would be to take these dollars out of our general funds which would mean we would have less programs or staff available for kids.”

Although Westerberg mentioned the parking lot and roof as priority projects, he said that they may end up having to do different projects first if something breaks and needs to be taken care of immediately. “My goal is to have as many local contractors as I can to do the fixing and repairing,” said Westerberg. “There’s plenty of work to do and we’re glad we’re going to be able to get started.

City councilperson Gretta Kanne couldn’t be reached over the phone for an interview, but over email she wrote.

“I voted to place the sales tax measure on the ballot so Willits voters could decide on how the city moves forward. Tuesday’s vote made clear that a large segment of our residents are willing to accept higher sales tax in order to preserve city services.

The City Council is currently in the process of hiring a new city manager and the passage of Measure K certainly makes the job more appealing, but it’s not a silver bullet, and the new manager, city department heads, and council will need to work together to create more sustainable budgets going forward and to rebuild our reserves.

I personally would not recommend or go along with a move to disincorporate.”

“I’m thrilled that it passed and I’m grateful that the community wanted to support local city services,” said Sierra.

“I’m thrilled that I can retire and know that we have economic stability in Willits,” she continued. Sierra will retire from her three year post on January 1.

Sierra believes that the new sales tax will help grow the Willits budget and their financial reserves while they wait for economic growth from other projects they have been working on to kick in. She went on to explain that Willits has been working hard to grow its cannabis program, refinance bonds, and finalize a conservation easement with the North Coast Resources Management Group for land they own in the Eel River Watershed. “These projects are not going to happen overnight, we’ve just started them and this [Measure K] will carry us through,” she said.