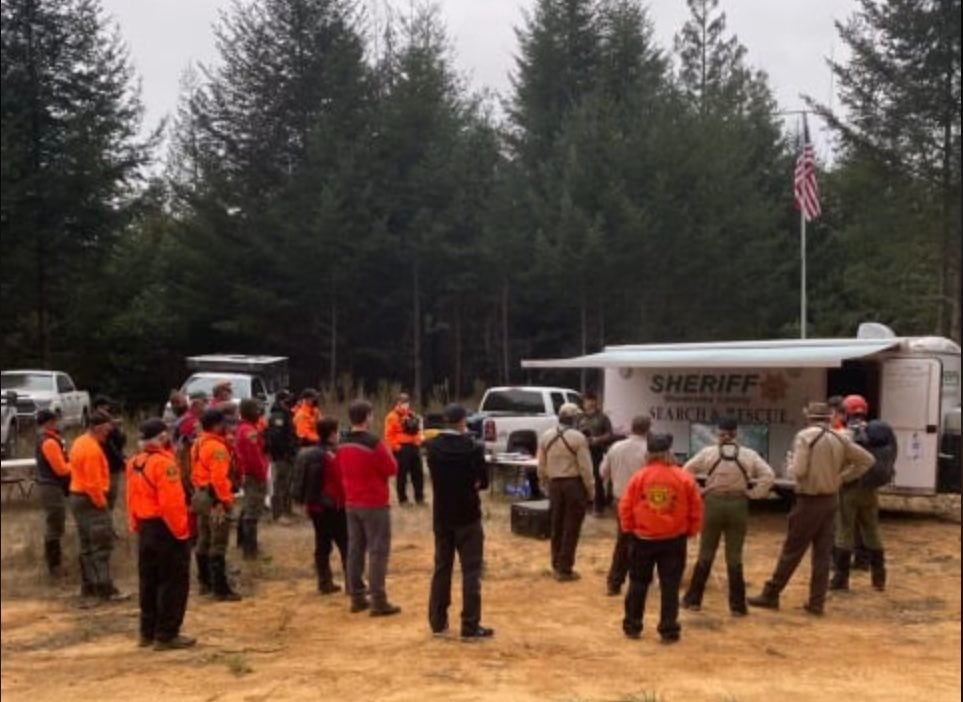 UPDATED 10/10/20 — Sharon “Chris” Bear, who was first reported missing on October 8, was located by the Mendocino County Sheriff’s Office (MCSO) this morning in the vicinity of the ongoing search. Deputies are currently working “on extracting Bear from the search area,” in order to assess whether she may need medical attention, according to a Facebook post from MCSO posted Saturday morning.

Searchers are actively working on extracting her from the search area to deliver her to awaiting medical personnel for medical assessment and treatment if needed.

Deputies arrived and spoke to the reporting person near the aforementioned area, which is within Jackson State Forest and currently open to permitted cutting of firewood.

Sharon Bear and the reporting person were friends, who made plans earlier in the day to meet at the location to cut firewood.

Deputies initiated a search for Bear and her described vehicle. That initial search included Bear’s residence, her presumed route of travel to the area, and a canvas of the multiple forest service roads currently accessible by vehicle within the Jackson State Forest wood cutting area.

At approximately 7:00 P.M., Mendocino County Search and Rescue personnel deployed and searched the area throughout the night, but could not locate Bear.

In addition to the numerous human searchers there are (2) tacking/trailing canines and (3) area search canines.

Anyone with information regarding Sharon bear’s possible whereabouts is requested to contact the Sheriff’s Office Dispatch Center at 707-961-2421.

MENDOCINO Co., 10/9/20 — The Mendocino County Sheriff’s Office (MCSO) is searching for a missing woman, Sharon “Chris” Bear, near the Parlin Forks Conservation Camp off State Route 20 in the Fort Bragg area. Bear is a 71 year old woman who was reported missing in late yesterday afternoon, October 8, according to an MCSO Facebook post announcing the search.

Bear is described as five feet, one inch tall, with grey hair and blue eyes, and is believed to be wearing a hat, glasses, and shirt like those shown in the photo below. MCSO requests that anyone who may have seen here or have any information regarding her whereabouts contact 707-463-4086.

She was last heard from by phone at 8 a.m. on October 8. The initial search began after deputies located Bear’s vehicle, unoccupied, in the Darlin Forks vicinity that evening.