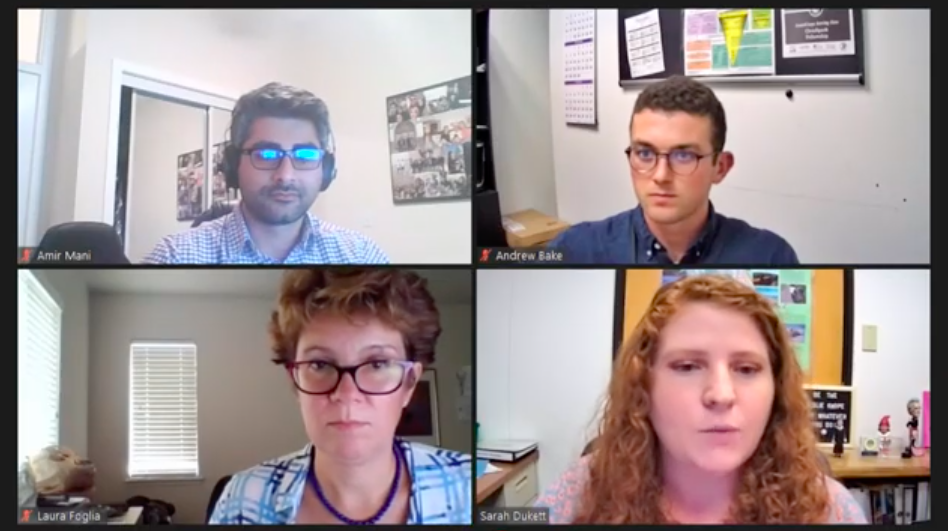 LITTLE RIVER, CA 10/5/2020— In Ukiah, as in much of the United States, groundwater has been largely unregulated. Landowners with access to underground water have been able to pull as much water, at any rate, any time, and for any reason without worrying about protocols or following government rules.

That is about to change.

Last Tuesday, local officials and environmental engineers introduced an outline for how to sustainably manage and regulate groundwater in the region.

As most remember, during the historic drought of 2011 to 2017 water was so scarce in California that groundwater basins were constantly at the brink of being totally depleted. In 2014, the California Legislature passed the Sustainable Groundwater Management Act to stop that from happening again, requiring localities with tenuous groundwater situations to create a long term, sustainable groundwater plan. In the Ukiah area, the Groundwater Sustainability Agency, a local government agency created to carry out this task, is figuring out how to manage the Ukiah basins groundwater water to ensure water levels do not dip too low and quality is maintained.

At a zoom meeting, the Groundwater Sustainability Agency introduced this issue to the public, where they explained the Sustainable Groundwater Management Act, their role in implementing it, and asked the public for their input.

She explained that the Groundwater Sustainability Agency has until 2022 to develop, prepare, and begin implementing a groundwater management plan and until 2040 to demonstrate that they have successfully achieved a sustainable system. If they cannot succeed in making a plan for managing the groundwater for safe, long term use, the state will take over. The Mendocino Water agency has largely covered the funding for this agency. The Mendocino Water Agency received funds from California proposition 1, created to provide money for integrated regional water management, and proposition 68, which provides funds related to the state drought and other issues. More specifics about the budget will be discussed at the next meeting, which will take place next month, also over zoom.

Climate change is quickly depleting freshwater supplies in the Western United States. A peer reviewed study in the American Geophysical Union’s Journal, Earth First, predicts that over the next 50 years, climate change and population growth will result in water shortages in most of the United States. The study, Adaptation to Future Water Shortages in the United States Caused by Population Growth and Climate Change,states that without serious adaptations, water shortages are inevitable in some regions of the country.

Water supplies will diminish and demand will grow in many areas, including large swaths of California. California’s Sustainable Groundwater Management Act is one of the state’s plans to take on this issue.

The Ukiah groundwater basin includes Redwood Valley, Calpella, and Ukiah, and is part of the Russian River watershed. Groundwater is a crucial resource in California, used as a municipal resource and for irrigation. Up to 60% of the state’s water can come from groundwater during the drought season.

Former Governor Jerry Brown signed the Sustainable Groundwater Management Act into law in 2014, right in the middle of California’s historic 2011 to 2017 drought. The California legislature created this law to protect groundwater as a long term source and avoid long term lowering of groundwater levels, reduction of storage, seawater intrusion, land subsidence (collapsing or caving in), degraded quality, and reduction of interconnected surface water.

The law requires “high and medium priority basins”, basins that are more at risk of overdrafting groundwater, to create a groundwater sustainability plan in order to ensure adequate water supply for years to come. The state considered the Ukiah basin to be medium priority.

Although local agencies must create the specific sustainability plan the state has to approve it.

Local agencies are in charge of creating Groundwater Sustainability Agencies. The agency must create the groundwater sustainability plan. Once the agency finalizes the plan, it goes to the Department of Water Resources for approval.

The Groundwater Sustainability Agency includes representatives from a variety of affected parties, listed below.

Other committees that will contribute to making the groundwater sustainability plan, and securing the future of water in the Ukiah basin include the technical advisory committee, a technical team, and a variety of working groups.

The technical advisory committee includes many of the same groups represented in the agency, but with different representatives. The committee also has representatives from Sonoma Water, the Mendocino County Resource Conservation District and the California Land Stewardship Institute.

A private environmental engineering and consulting firm, Larry Walker Associates runs the technical team. This team, which is headquartered in Davis, is in charge of researching technical issues, and drafting the groundwater sustainability plans.

The Groundwater Sustainability Agency plans to consult working groups, or experts on very specific topics, to help inform their decision making. For example, they currently have a working group looking at the complicated issue of the Potter Valley Project.

The Groundwater Sustainability Agency has created broad indicators to help them make decisions about groundwater management.

The state requires that the groundwater plan must prevent lowering of groundwater levels, reduction of storage, degraded water quality, surface water depletion, and land collapse. For each of these categories, they have different indicators of success or failure including, undesirable result, minimum threshold, measurable objectives, and sustainability goals. None of these have hard numbers attached to them yet. However, it seems the minimum threshold is the most important factor, the point that tips the scale to either a good outcome or a bad outcome.

The state defines undesirable results and “significant and unreasonable,” and the Groundwater Sustainability Agency is responsible for deciding what that vague phrase means for the Ukiah Valley basin.

In order to learn how to best manage the Ukiah Valley Basins water, the Groundwater Sustainability Agency must create a well monitoring network, model and document the local water cycle and amount of water used for irrigation, work with the public, and think about methods of ensuring sustainability.

A few methods of ensuring sustainability include that the agency brought up during last nights meeting were new sources of supply, groundwater recharge, irrigation efficiencies, pumping constraints, changes in land use, and credit for reduced pumping.

There’s a long road ahead, and a lot to figure out. The next meeting will discuss modeling the water in the basin, historical and current water budgets, future water budget and future scenario generation, and sustainable management criteria development.