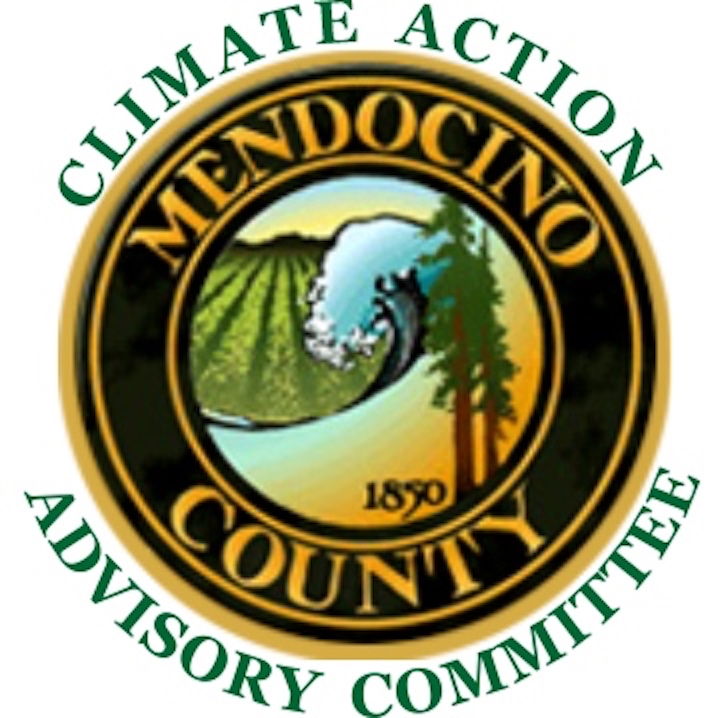 MENDOCINO Co., 09/22/20 — Voicing frustrations about lack of County support, the Mendocino County Climate Action Committee grappled with how to communicate more regularly with the public, gain political support, and implement change to better the environment during their meeting on Friday. They touched upon creating a more user friendly website and trying to work with other local environmental groups, but did not vote on any actions.

At the end of the calendar year, some of the committee members appointments will come to an end and any citizen of Mendocino county can apply for the soon-to-be vacancies on the Mendocino County Website.

During the almost two hour meeting, which was held via Zoom on Friday from 3 p.m. to 5 p.m, the committee members discussed, among other topics, their effort to analyze the county’s current environmental status, carbon sequestration in urban areas, their desire to begin seeking funding through grant writing, the possibility of creating a strategic plan for the committee, and their frustration about a lack of support from the County.

“We were set up without any staff support, without any financial support. We even had to use Shai’s [one member] Zoom account for the first five minutes,” said committee chair Marie Jones.

The Mendocino County Climate Action Advisory Committee, or MCAAC, has been active for just over one year. Since the creation of the committee, the members have been working on a baseline study, which they hope will help them understand the status of the county’s environment by providing data on different environmental sectors. Members of the group have mentioned in previous meetings that baseline studies are used in many environmental projects as a way to analyze the existing environmental situation and use that as a jumping off point to decide what actions should be taken to benefit the county and protect the local and global environment.

Creating a baseline study is an arduous and wide reaching task. Currently, the major aspect the group is working on is figuring out how many trees lie within urban areas and if more trees should be planted to increase carbon sequestration.

Committee members have analyzed the amount of “urban forest”. They include sidewalk trees, front yard trees, and more heavily wooded areas such as Brooktrails, near Willits, in their definition of urban forest. They found that Ukiah has the most acreage of tree cover followed by Fort Bragg and then Willits. This information can help the committee decide where urban greening is most needed. But, there are still many other areas that the committee would like to study.

MCAAC member John Nickerson discussed a paper that he created and presented two meetings ago, identifying sectors that still need a baseline study. The areas that still require attention include energy, transportation, natural and working lands, and more. There was no discussion of a specific plan to open up a baseline study for those sectors.

While creating a baseline study is a priority for MCAAC, they have other projects in process and many proposals for how to turn project ideas into realities.

A hefty chunk of Friday’s meeting was taken up discussing the committee’s desire to seek grants to fund their various endeavors, including for continuing their baseline analysis. Member Macadam Lojowsky discussed the need to get permission from the Board of Supervisors to begin writing grants, since they will be requesting funds on the behalf of the County.

“We want to request that we have the permission from the board of supervisors to pursue funding for establishing baseline greenhouse gas emissions and carbon sequestration. We want to continue to fill in the gaps for the baseline analysis for Mendocino County. We believe we need outside funds to do it and we want to make sure we have permissions from the county to do so,” said Lojowsky.

After comments from a few other members, the MCAAC decided that they should write a short document explaining, broadly, what they are interested in applying for, and how much money they’ll be requesting and submit that document to the Board along with a request for permission to begin applying for grants. “I would love for us to become a grant writing machine that hires people to get stuff done, that would be great,” said Jones.

Jones volunteered to be part of an ad-hoc committee focused on writing grants. No one else offered to join the group, although a few members said they were interested in sharing ideas and engaging with the brand-new grant research and writing team.

During the meeting, the group also spoke about the need to increase interaction with the public. A few ideas people threw out there were to have more in person facetime, something they noted is difficult these days, creating a user friendly website in addition to the website they already have or updating their current website for easier use.

No decisions were made to take action on any of these ideas, although multiple group members voiced their desire to increase engagement between MCAAC and the public.

On a similar note, members discussed their desire to gain more political support, reach out to more people, and build a broader base to help prop up their ideas.