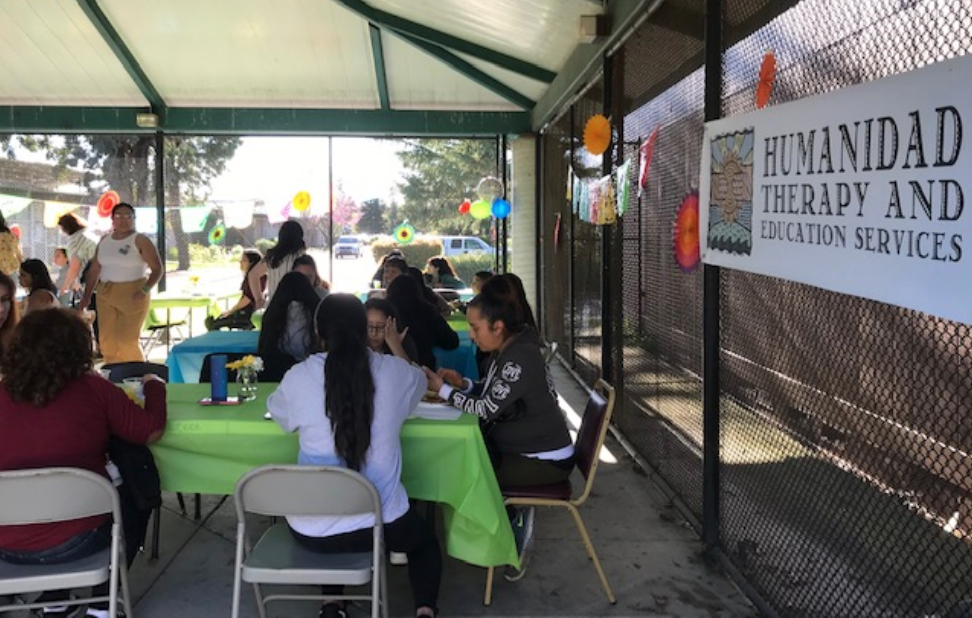 This story is the second in a series we are publishing in collaboration with the Center for Public Integrity, Columbia Journalism Investigations, California Health Report, and newsrooms across the country, in which we asked people affected by hurricanes, floods and wildfires — and the professionals helping such survivors — to share their experiences in an online survey, which you can fill out here. Read more about the project here, and read Part 1 in the series, on the mental health toll of natural disasters.

After the Tubbs Fire in 2017, Anabel Garcia felt on edge every time an ambulance siren blared outside her home in Santa Rosa, California. Sirens reminded her of evacuating during the state’s second-deadliest wildfire, which killed 22 and destroyed 5,000 homes. Flames reached as close as five miles from her family’s house.

“It terrified us,” Garcia said in Spanish. “But it was scarier having to go through it all a second time.”

She means the Kincade Fire, which blazed through Sonoma County last fall. Garcia recalled the roads being blocked for hours, preventing her, her husband and their two teenage children from evacuating.

At that point, Garcia, 46, considered moving from California to avoid living through yet another major wildfire. “It was traumatic, psychologically and emotionally,” she said.

To cope, she attended a convivencia, or community gathering, hosted by Humanidad Therapy and Education Services. Wildfire survivors gathered in a local park to discuss their experiences with a bilingual therapist over hot chocolate, coffee and bread. The therapist walked through deep-breathing exercises, stretches and relaxation techniques in Spanish. After attending these free group sessions for several weeks, Garcia felt better. She realized she wasn’t alone.

Convivencia means “coexistence” — or colloquially, “gathering.” Formally speaking, they are therapeutic support groups. Except they aren’t marketed that way. Upon first glance, convivencias can easily be mistaken for a family picnic or potluck.

“We’re not used to having this type of help,” Garcia explained when she spoke of her initial hesitation of attending a convivencia. “As Latinos, you know, we have this assumption that going to see a therapist means you’re crazy.”

Disasters are stressful for everyone, and these events are worsening as the climate warms. The latest example came last week: People in parts of Northern and Central California, Sonoma County included, were ordered to evacuate as multiple fires spread amid a punishing heat wave. The Center for Public Integrity, Columbia Journalism Investigations and newsrooms across the country, including California Health Report, asked people affected by wildfires, hurricanes and floods to share their experiences.

Nearly 200 survivors responded to the online survey, almost a quarter from California. Nationally, more than 60% reported multiple symptoms that they linked to the disaster, such as frequent worrying and trouble sleeping, and some are still experiencing emotional challenges years after the fact. But most of the survivors — 70% — said they didn’t get mental-health care. Some couldn’t afford it, some thought they didn’t need it and some were worried what others would think.

Those national barriers are common in Sonoma County, too. But on top of that, language access and concern about getting help from government agencies can further isolate those who need help. About a quarter of Sonoma County residents are Latinx, according to census data. About the same share of residents speak a language other than English at home. Thousands are undocumented immigrants.

“For a lot of our Latino immigrant population, there are a lot of issues that come up surrounding wildfires and disasters,” said Emilio Licea, a psychologist at West County Health Centers in Sonoma County. “So even though there might be resources, they’re often reluctant to engage because they don’t fully trust the system.”

After major disasters, states can tap federal funding to offer free crisis counseling for survivors. But Christy Lubin, executive director of the Graton Day Labor Center, said Sonoma County’s undocumented residents find it difficult to access government aid of any kind. “In the first week after the Tubbs Fire, there was nothing in Spanish, and those who did know about the evacuation centers did not want to go because of the fear of ICE,” she said, referring to U.S. Immigration and Customs Enforcement.

The American Red Cross Northern California Coastal Region said in a statement that staff at emergency shelters do not ask for citizenship information. “If a shelter resident chooses to reveal that information or a shelter worker somehow acquires that information, Red Cross staff will protect the person’s confidentiality,” the statement said.

Shelter use is improving as advocates get the word out. But economic inequality still exacerbates mental-health disparities. The Latinx community is less likely to be enrolled in health insurance compared with other Californians, according to a 2019 study by the UCLA Center for Health Policy Research. Lack of coverage through an employer and immigration status restrictions are common roadblocks.

Garcia is originally from Mexico. She has lived in Santa Rosa for 20 years, working a variety of jobs — her latest was to harvest grapes. She’s undocumented and doesn’t have health insurance. Traditional therapy in a hospital or doctor’s office is out of the question.

Instead, she and others in the community rely on local nonprofit organizations like Humanidad and West County Health Centers. Licea, who is Latino himself, said these organizations consistently work to be a part of local communities and build trust. When mental-health providers attend local churches, participate in holiday events and call people directly to offer services, that can go a long way, Licea said.

Humanidad, a low-cost mental health provider in Santa Rosa, has specialized in treating the Spanish-speaking community in Sonoma County since its founding in 2012. Since COVID-19 hit, its convivencias have all been held virtually.

The common thread of convivencias can vary. Some have focused on domestic violence, some on decreasing stigma of mental-health care. A recent meeting was for recipients of Deferred Action for Childhood Arrivals, or DACA, a program that allows people brought to the country without documentation as children to attend school and work. The Trump administration wants to eliminate it and has delayed implementing a Supreme Court decision to restore it.

But wildfires are a key topic as climate change increases dry conditions that amp up risk. California had more than 7,800 wildfires last year. The country’s 10 most expensive fires have all been here — and six happened in the past three years.

Garcia said she decided not to leave Santa Rosa after attending convivencias. She said they helped her see wildfires as another aspect of life to contend with, something to prepare for.

It wasn’t something she needed to think about before 2017. Now it’s inescapable.

“Every May when the weather heats up again, I wonder: When is there going to be another fire?” Garcia said.