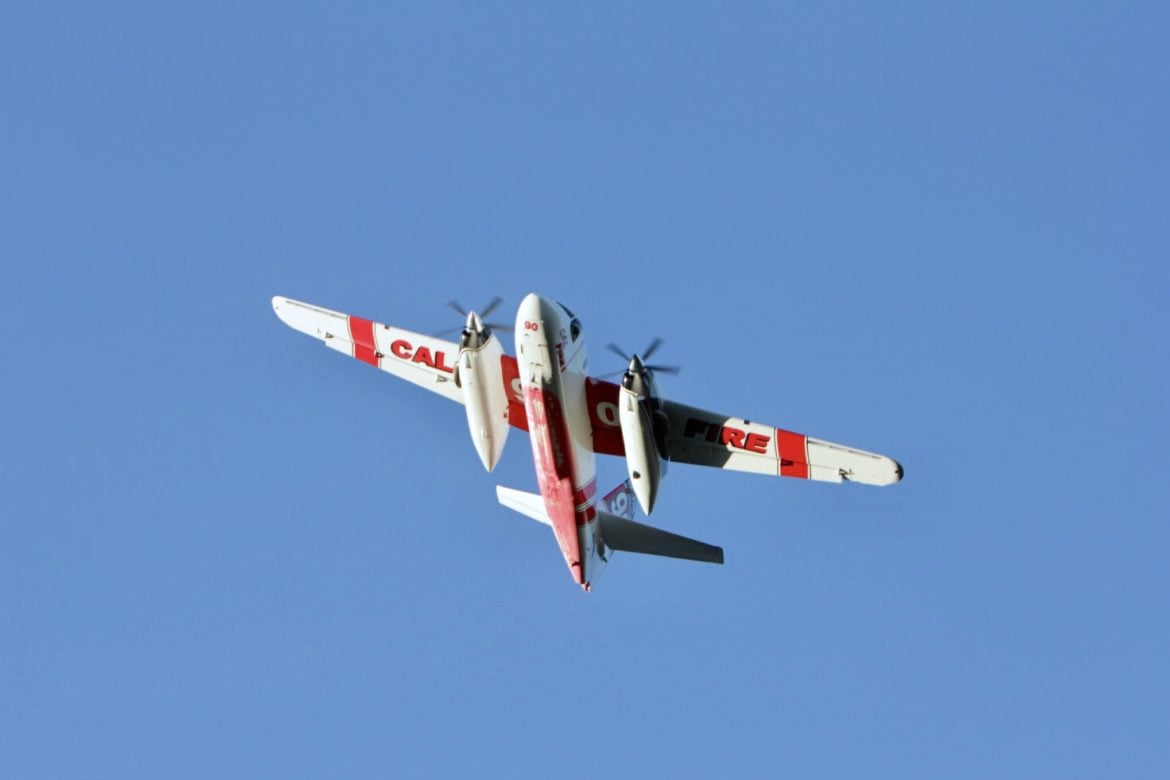 Editor’s note: We’d like thank local middle-schooler, Elijah Hunter for bringing this story to our attention via our tips email, [email protected]. And if anyone else has tips feel free to write.

MENDOCINO Co., 6/28/20 — After some time away a trio of Cal Fire planes landed on the freshly paved runways of Ukiah Airport Friday. The Grumman S-2 Tracker, a Cal Fire retardant tanker, landed on the newly paved 75-foot runway at Ukiah Airport at 11:50 a.m., followed by a Cal Fire spotter plane, a North American Rockwell OV-10 Bronco, at 11:24 a.m., and another Tracker at 1:30 p.m.

In previous years, Cal Fire planes usually arrived in Ukiah on June 15, explained Ukiah Airport Manager Greg Owen. This year, they were scheduled to arrive June 1 (as part of a new contract) but instead were kept in Santa Rosa, while the runway paving was completed.

The runway was last paved in 1984, as explained in this document, and was long overdue for a reconstruction. “There were already cracks, weeds, and rocks on it,” explained Owen. “When I first got hired in 2008, this was one of the priorities.”

However, the project would only be completed after twelve years of jumping through hoops and slogging through red tape. “The funding was from the FAA [Federal Aviation Administration], so we had to do everything their way,” said Owen.

The airport had to complete a storm drain project in 2009, start an airport layout plan in 2011, obtain a design grant in 2016, and finally got funding for the project in 2019.

But by the time the grant was awarded in November 2019, Granite Construction, the contractor, estimated that it would take months longer to complete in the winter.

At long last, the project began on May 4, 2020. It was deemed an essential service during the shelter-in-place, and proceeded with only a minor hiccup, when rains delayed the completion date by two weeks. Owen says that the shelter in place actually helped them, as there was less traffic anyway.

However, Owen is far from finished. “That’s just phase one.” For phase two, Owen wants to narrow the runway and replace all the taxi-way lights. He is planning to apply for another FAA grant later this year.