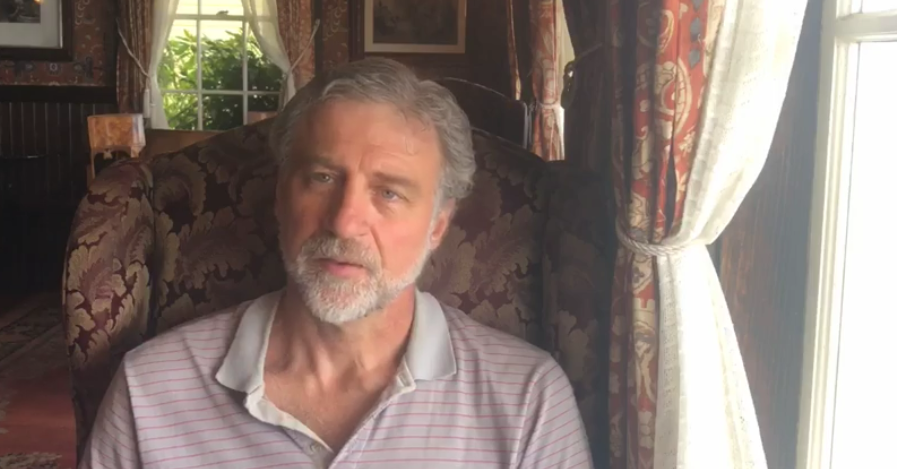 Chris Skyhawk at the Mendocino Hotel, screenshoot from a video

The following letter to the editor is from former Fifth District supervisorial candidate Chris Skyhawk.

On this May Day, the international day of the worker, I reflect on what we have won and how far we still have to go — yes, we have worker safety and child labor laws, overtime pay and the weekend, for which we should all rejoice and thank out forebears for the sacrifice and courage it took to get them. But this pandemic has laid bare, if it was not already, the viciousness of the paradigm in which we all still attempt to survive.

As Trump invokes the Defense Production Act to compel workers to return to meat packing plants but not a finger is lifted to compel PPE, and the governors of these states threatens to withhold unemployment insurance on workers who refuse to comply, well one might be justified in asking “what has really changed?”

I remember when I was running for county supervisor, the frustration I often felt on many issues, take, for example, affordable housing. Of course, citizens are correct in asking their local representatives for ideas and active collaboration in solutions, but all solutions must be found within a very small and tight space allotted to us. When we have trillionaires who expertly stash away their wealth in unreachable accounts, then we end up with thousands, maybe millions, of people homeless and under-insured, does anyone really believe these two things are mutually exclusive? I grieve for all of the suffering this pandemic is causing, but this current system is not worth the humanity we spend on it.