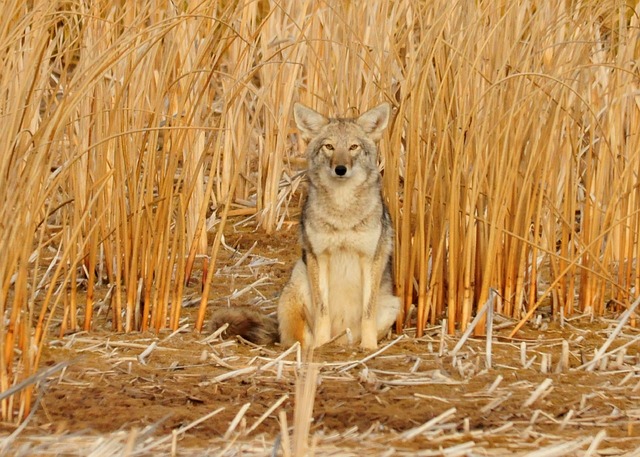 This letter was submitted by the Mendocino Non-lethal Wildlife Alliance Steering Committee. Here is a link to the relevant federal program, at the United States Department of Agriculture.

On Tuesday, December 17th, the Mendocino County Board of Supervisors gave the go ahead to renew the County’s contract with USDA Wildlife Services to implement its lethal Integrated Wildlife Damage Management (IWDM) Program.

The Board took this action despite hearing expert testimony on how the lethal IWDM Program is ineffective (if it were effective, the kill numbers would go down instead of remaining consistent year after year), it is extremely cruel and kills hundreds of non-target animals, and there are existing models of humane and effective non-lethal programs in Marin and Sonoma Counties to protect peoples’ property.

The only public support for the Wildlife Services program comes from a sector of the ranching industry, which receives a direct financial subsidy from County taxpayers to advance their private business interests.

These ranchers argue that without a public subsidy from County taxpayers to kill wildlife, they will lose their ability to use lethal methods to protect their livestock from predators, but this is simply untrue. The fact is, any rancher who wants to kill a mountain lion or bear that threatens their livestock can get a depredation permit from the California Department of Fish & Wildlife to kill that animal. And coyotes can be shot on sight even without a depredation permit.

Proponents of the Wildlife Services lethal program also insinuate falsely that a non-lethal wildlife management program in the County would preclude using lethal controls on rabid animals, feral dogs and feral pigs, none of which is true. Rabid animals and feral dogs come under the jurisdiction of the Sheriff’s Department, not Wildlife Services, and in the 30 years the County has contracted with Wildlife Services to kill feral pigs, the problem has only gotten worse. Dealing with feral pigs is a national problem that is not going to be solved by Mendocino County’s wildlife policy.

If Mendocino County follows through on signing a contract with Wildlife Services, thousands more wild animals will needlessly suffer and die. Clearly, the right thing to do is for the County to move away from this barbaric system of slaughtering wildlife to a system that respects wild animals’ inherent right to life, while at the same time protecting peoples’ property. The time is now for the County to adopt a non-lethal wildlife program – the public demands it!

The preceding article was an opinion column, or letter to the editor, and the opinions expressed therein are the author’s, not those of The Mendocino Voice. It was not necessarily edited for punctuation, capitalization, spelling etc. While, we reserve the right to copyedit and fact-check opinion pieces, and letters to the editor — and to annotate such pieces with fact-checking — we do not habitually do so.

2 thoughts on “Letter to the editor: On the re-authorization of the USDA Wildlife Services program and non-lethal options”