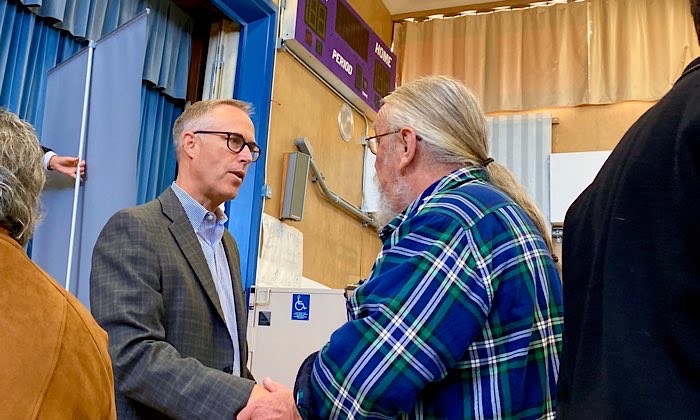 FORT BRAGG, 10/9/19 — U.S Representative Jared Huffman, whose district covers the whole North Coast stretching from the Golden Gate to the Oregon border, hosted a town hall meeting this morning in Fort Bragg where he took questions from the public for an hour and a half.

The conversation was wide ranging with the congressman fielding queries on the environment, Pacific Gas & Electric, gun control, immigration, and of course President Donald Trump and the looming impeachment proceedings.

Several other things were discussed but to hear all of them you’ll have to watch the video.