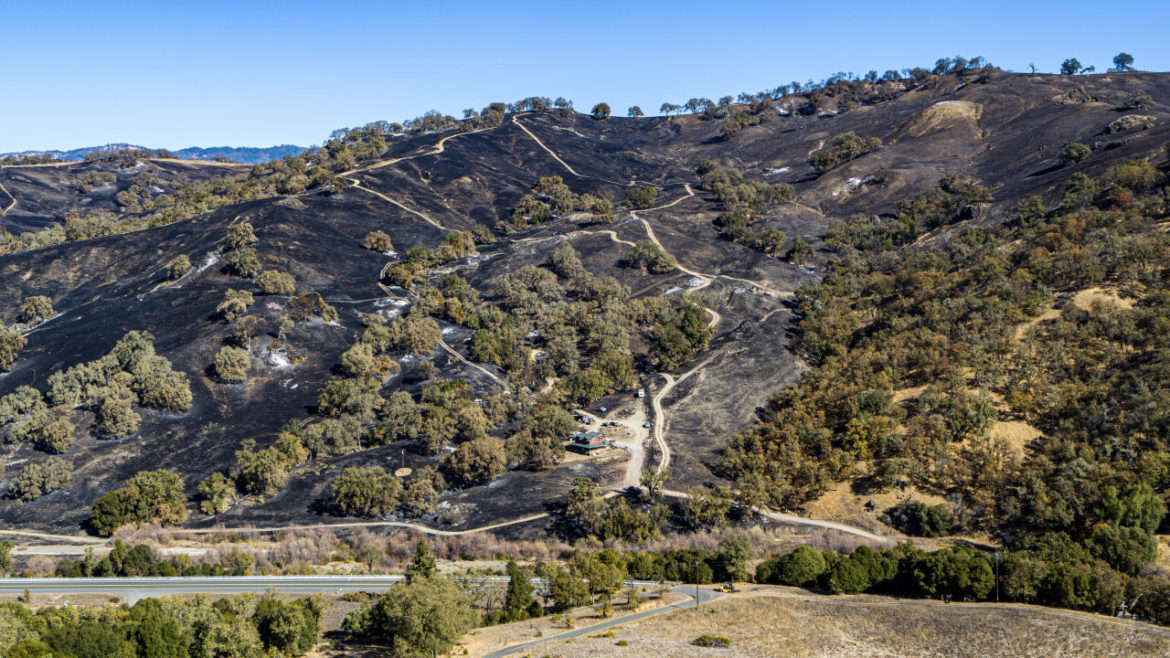 A photo of the Burris Fire which burned near Potter Valley beginning Oct. 27, 2019 -- by Vernon Budinger of Angeles Photography

MENDOCINO Co., 11/03/19 — It’s been a long couple weeks in California, with the power outages and many vegetation fires springing up around the state. Now President Donald Trump has once again re-ignited the debate over exactly why California catches fire, via, of course, Twitter. Trump went as far as to once again threaten to cut federal disaster funding to California, and to insist that we “clean” our forests.

The tweets were quickly responded to by a slew of California elected officials, including Governor Gavin Newsom at whom they were aimed, Senator Kamala Harris, and State Senator Mike McGuire, you can see their tweet responses below.

As with previous presidential statements made regarding the Golden’s State’s tendency to burn, and whether “raking” the forest would help anything, the conversation has touched on federal emergency funding, forest management policies, public land ownership, what blame can be put on what leadership, the climate crisis, and what exactly anyone can do to stop it.

Two facts are worth noting in this debate, just to establish parameters: First, the federal government actually owns a majority of California’s forest land, and local officials have often found themselves at odds with the feds when trying to manage that land; and second, the most of the most destructive fires of the past couple years have no in fact burned in the forest. The Ranch Fire began on a ranch in chaparral, the Redwood Fire likewise began near farmland in dry grass and scrub, the Woolsey Fire last year in SoCal and the Getty and Easy fires this year, all burned in chaparral, near suburbs and farmland, the Camp Fire that destroyed Paradise burned some in the forest, but also in chaparral and oak woodland and then became a house-to-house fire in the community of Paradise, and the Kincade Fire that still burns to the south burned in mostly chaparral and some farmland, and oak woodland, largely on private property.

In response, a number of local officials have issued statements, including Governor Gavin Newsom, who was the main target of the president’s ire, and who declared a statewide emergency on October 27 due to the ongoing wildfires and power shut-offs. Newsom wrote back two hours later:

The state senator from the North Coast, Mike McGuire, fired back on his Twitter, where he has been extremely active providing during the recent PG&E power shut-offs and Kincade wildfire, as he has in past local emergencies. Based on his posts, McGuire is still waiting for natural gas to be restored to his house in Sonoma County, and responded to the president with vitriol:

Senator Harris, who is running for president, tweeted back:

And there are surely more tweets and counter tweets, though and exhaustive list would take all week to compile.

But on the topic of tweets, State Senator McGuire also said this about PG&E’s CEO and got a second from our assemblyman, Jim Wood: