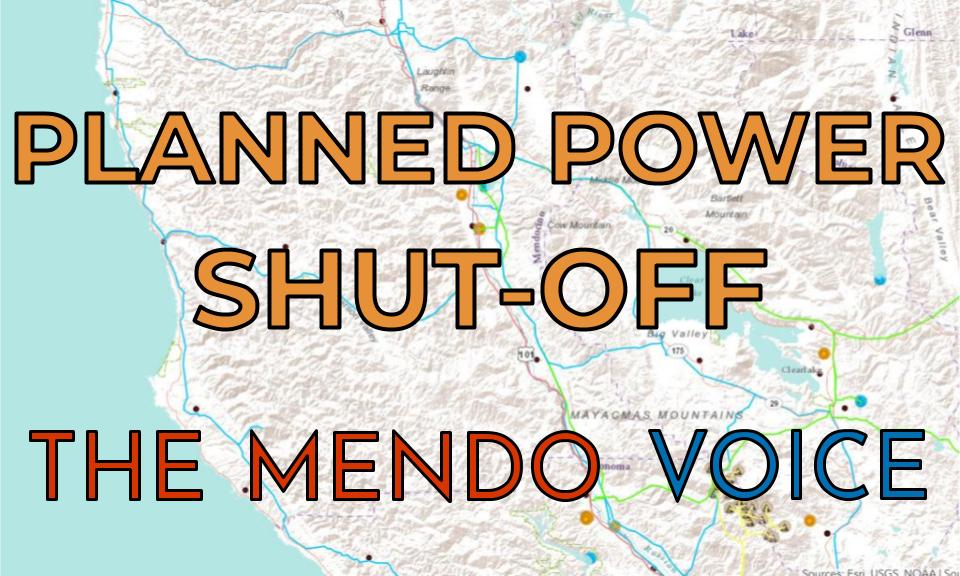 MENDOCINO Co., 10/11/19 — PG&E has fully restored power to the portions of Mendocino County shutdown during the recent fire weather event as of 4:30 p.m. on Friday, according to a press release from Mendocino County officials. Some officials

PG&E began shutting off Mendocino County customers in two phases beginning on Tuesday, October 8, totally over 6,476 accounts in multiple communities, and announced the “all clear” for the end of the fire risk on Thursday afternoon. Since then, PG&E has been visually inspecting and repairing equipment across Mendocino County — and huge swaths of Northern and Central California — prior to reenergizing portions of the grid.

In Mendocino, some residents reported having their power restored almost immediately following the “all clear,” whereas otherwise were still reporting no power at 4 p.m. on Friday. Many readers seemed to be reported significant differences in the time of power restoration between just a few blocks.

Last night, PG&E held a press conference for the third day in row since the power shutoffs began across the state, and the utility company will be holding another one at 6 p.m. this evening, which will be broadcast on the company’s Twitter feed. You can watch last night’s press conference here.

During Thursday’s press conference, executives apologized to the public for the ongoing difficulties in accessing the company’s websites and call centers, and acknowledged that they had failed to adequately provide the level of information needed by the public, with many customers unable to receive timely accurate answers about if they would be shutdown. They also noted that customers would not be billed for the time they did not have power. However, they defended the need for the shutdown, citing wind speeds of 54 – 77 miles per hour recorded across the region, saying some areas may have had low winds but were connected to high risk regions via the grid. They also stated that multiple cases of damage from fallen trees or winds had been found during the subsequent inspections.

In response to increasingly sharp questions from reporters concerning the impact of the shutdowns, executives stated that they had not given any prior consideration to compensating customers or residents who suffered financial losses, and refused to address the company’s prior financial decisions. One reporter put the estimated cost of the shutdown at $2.6 billion across the state.

At least one person is reported to have died as a result of losing power to his oxygen machine, 12 minutes after the shutdown occurred at his residence, according to multiple news reports.