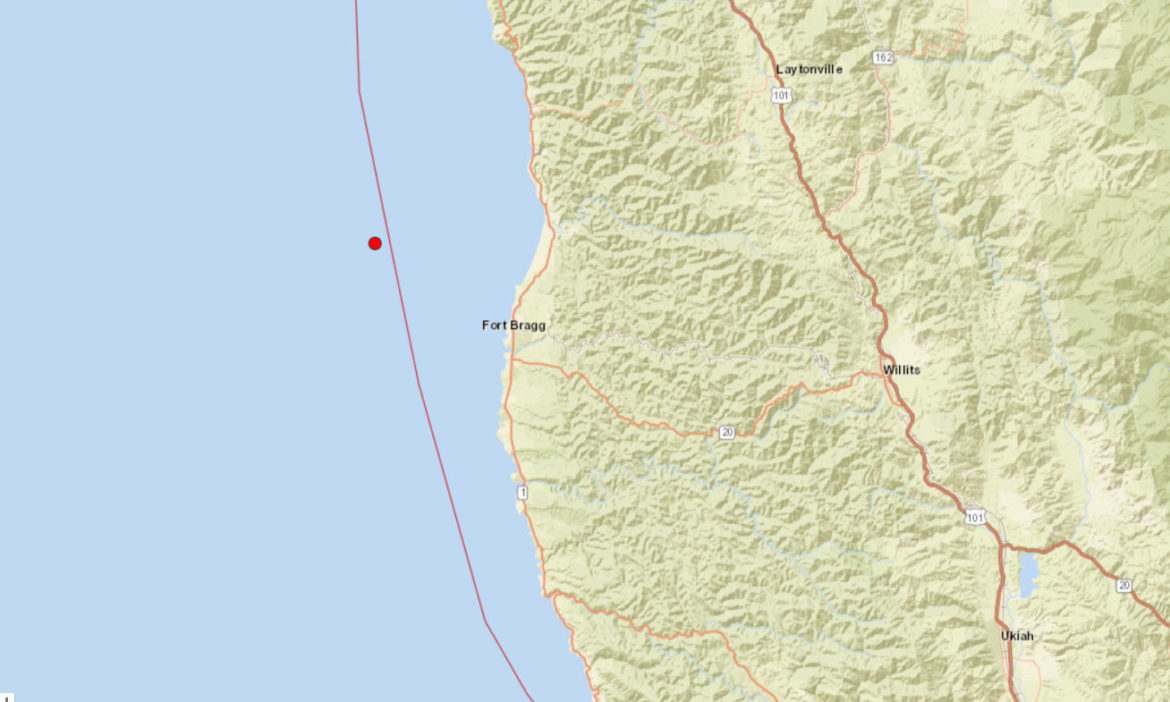 MENDOCINO Co., 9/30/19 — A small temblor struck off the Mendocino coast at about 5:09 p.m. today — the quake measured 3.5 according to the United States Geological Survey (USGS), and no damage has been reported, nor tsunami seen, nor warned of.

The quake’s epicenter was 18 kilometers (11.2 miles) west-northwest of Fort Bragg, at a depth of 9.7 km (6 miles), presumably below the surface of the sea.

According to the map, the quake’s epicenter was just to the west of the famed San Andreas Fault, which itself marks the boundary between the North American Tectonic Plate, and the immense Pacific Plate, which is the world’s largest. Beneath the ocean off Cape Mendocino (which is ironically in southern Humboldt County) lies the Mendocino Triple Junction, a spot where three tectonic plates meet: the Pacific, North American, and Gorda plate, which is the southern portion of the Juan de Fuca Plate.

About seven hours earlier, at 10:06 a.m., at quake measuring 2.5 (or about 10 times smaller), struck right off Cape Mendocino, 14 km west of Petrolia, and very near the Triple Junction. This area is one of the most seismically active in North America.

If you felt it, you can report it to the USGS at this link, which helps their scientists refine their earthquake research.