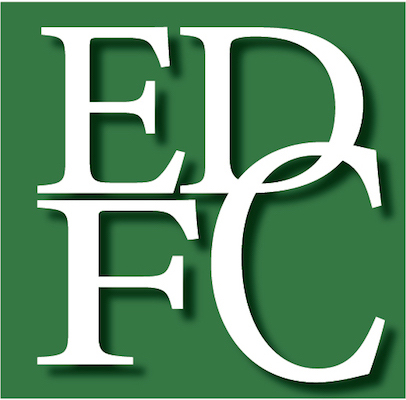 The Economic Development and Finance Corporation (EDFC) has released an economic assessment report on Mendocino County, and Executive Director Heather Gurewitz will be presenting the findings in an online webinar on August 21. The report notes that the county’s economy is stable but vulnerable, illustrates the impact that natural disasters like wildfires may have on more economically vulnerable residents, and urges more economic resiliency programs to prepare against economic downturns.

The EDFC is an organization which provides small business loans to Mendocino and Lake County businesses, and hosted a “Mendocino County Economic Summit” this past January to discuss economic issues of importance with local business owners and community stakeholders.This report compiles a number of different indicators to present a picture of the current health of Mendocino County’s economy, including housing, income distribution, local business and employment across industries, and a special look at agriculture and natural resources, tourism, and cannabis.

Amongst other conclusions, the report notes that the county’s economy is stable and has been moving upward, but not as quickly as the rest of the state. The report also notes that the county’s median and mean income levels are behind the statewide level needed to provide a family with basic needs, and highlights the need to build greater economic resiliency, particularly for the significant numbers of residents who may be more economically vulnerable in the face of a natural disaster or economic downturn. Both the Redwood Complex Fire and the Mendocino Complex Fire had significant impacts on the county’s economy.

The report lays out a number of conclusions and examines economy-wide trends across industries, including a notable growth in the tourism industry, and a shift in jobs from agriculture and manufacturing to service industry employment. The number of businesses in the county has grown, but the majority are smaller in size, with most employing fewer than ten people, and there are development plans for the Mill site in Fort Bragg as well as several new businesses planned for Ukiah. Housing remains an issue across the county, and real estate prices have remained fairly steady and slowly trending upwards, and a number of new housing projects are in development. The report also looks at local agencies working with tourism, business, the arts, and low-income housing.

The report also takes a specific look at three key industry sectors. There have been increases in agricultural sales, but a decrease in agricultural employment, with the top two agricultural commodities in sales value being grapes and then timber. The report also examines the distribution of commercial cannabis businesses across the county, noting that there are slightly more than 300 commercial cannabis businesses licensed in the county, but refrains from drawing significant conclusions about the impact of the county’s newly regulated cannabis market. Tourism has been increasing steadily, but local business owners remain concerned about weathering shifts in seasonal income, which can be affecting by smokey summers, drought, or heavy winter.

The full report can be found at this link. Gurewitz will be hosting a free webinar on August 21 to discuss the findings in further detail. Here’s the press release from the EDFC:

Ukiah, CA – The 2018-2019 Mendocino County Economic Assessment is now available from Economic Development and Financing Corporation (EDFC), a non-profit organization based in Ukiah, CA. The comprehensive 28-page report looks at the current economic conditions in Mendocino County.
According to the report, “Mendocino County’s economy has been on an upward trend but local growth has been slower and less extensive than comparable metrics at the state and national levels. It is possible to conclude that the local economy is stable, but also vulnerable to economic downturns and especially to natural disasters such as fires and earthquakes. There is a pressing need to engage in activities that build economic resiliency.”
EDFC will be offering an online presentation of the Economic Status Report on Wednesday, August 21st, from 1:00-2:30 pm. EDFC’s Executive Director, Heather Gurewitz, will cover the main highlights of the report including real estate, income levels, business demographics, and industry specific trends.
“The purpose of this report is to provide critical information that business owners, local governments, and community members can use to make informed decisions,” says Gurewitz. “Researching and writing this report has been extremely informative. I learned a lot from the process and I hope that others will be able to utilize the information available to take positive actions.”
Funded in part through a grant from the Economic Development Administration (EDA), the Cities of Fort Bragg, Point Arena, Ukiah, and Willits, and the County of Mendocino, the report delves into current events, statistics, and on-the-ground experience to create a detailed picture of our local economy. This report is part of an Economic Recovery and Resiliency planning process that began with the Mendocino County Economic Summit on January 31, 2019 and will continue through the fall and early winter with a draft plan available in late May of next year.
EDFC is a Mendocino County based 501c3 non-profit organization. In addition to coordinating economic development, EDFC also offers business loans from under $5,000 up to $250,000 to start-up and existing businesses in Mendocino and Lake Counties.
To register for the online presentation, visit www.edfc.org or call 707-234-5705.