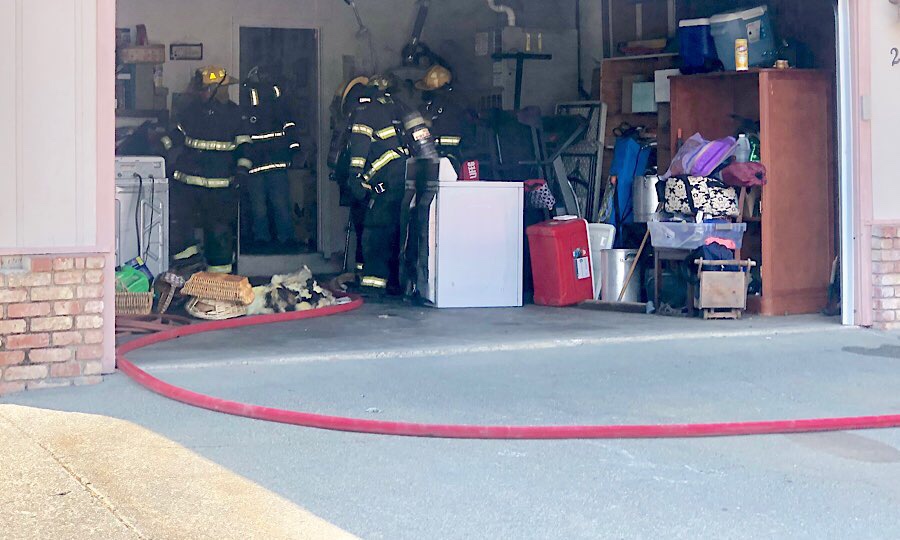 WILLITS, 8/10/19 — A clothes drier sparked a small fire in the garage of a south Willits home, this afternoon, resulting in a response from the Little Lake Fire Department and Brooktrails Fire. The fire did not spread beyond the wall of the garage, but generated a fair amount of smoke, and the house was unoccupied at the time that the fire began.

Little Lake Training Chief Eric Alvarez explained that when he, and an officer of the Willits Police Department, arrived they saw smoke coming from the attic and the crawlspace under the house. They proceeded to try the front and back doors, and when they got no answer entered the house and determined that it was unoccupied, though there was a great amount of smoke.

The fire was determined to have started at an electric clothes dryer, and appears to have spread into the wall. Firefighters stayed for sometime, clearing out insulation and cutting out a chunk of wall to gain access and ensure that the fire was completely extinguished, then to clean up the debris.

Little Lake Fire responded with two engines and Brooktrails Fire with one. No one was injured.