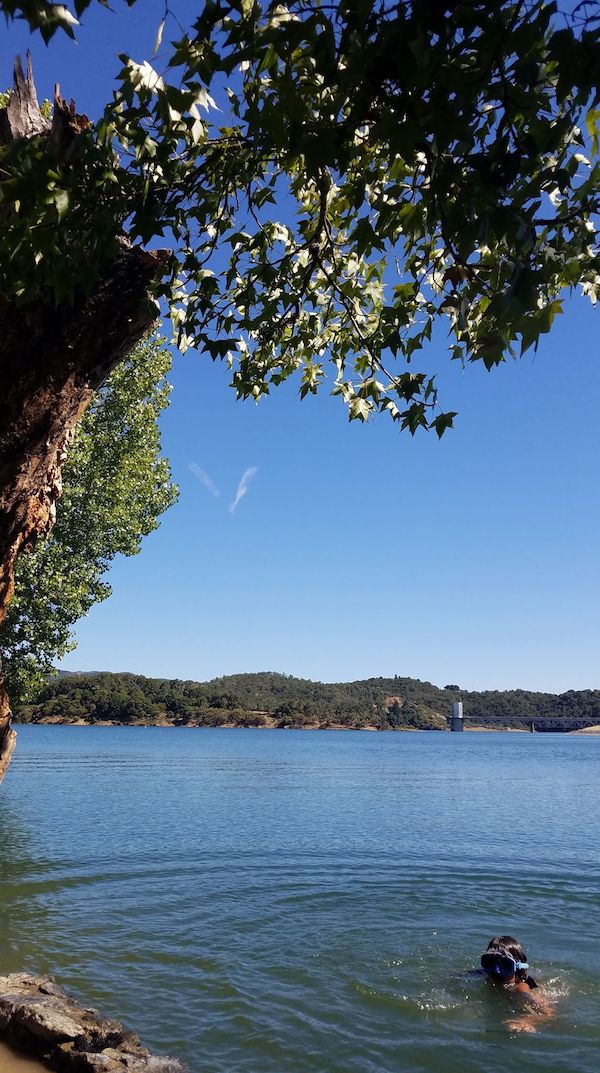 V in the sky near Lake Mendocino, photo submitted by Theresa Rodriguez.

UPDATE, 7/17/19 — Friday, July 19th, there will be a viewing and burial service for Vincent Soto. The ceremony will occur from 9 a.m. to 11 a.m., at Santa Rosa Memorial Ceremony 1900 Franklin Ave, Santa Rosa 95404. The burial will immediately be followed by a “celebration of life” at the Rincon Valley Grange, 5055 Rincon Ave, Santa Rosa.

MENDOCINO Co., 7/16/19 — After a search lasting more than a month, Vincent Soto’s body was recovered from Lake Mendocino yesterday. Soto’s family has made a statement which can be found below.

Soto is believed to have died during a tragic boating accident on June 11 which also took the life of his father, Carlos Soto. Although the body of the elder Soto, who was 62 years old, was found shortly after the boating trip, Vincent, who was 40 years old, had not been located until Monday — despite an extensive search and rescue effort involving mutual aid volunteers, aerial surveillance, divers, dogs, and loaned equipment such as underwater robots to the Mendocino County Sheriff’s Office from across the state, as well as a rare reduction in flow of water out of Lake Mendocino.

During the month-long search, Soto’s family kept a constant vigil at the dock in the hopes that he would be found, and his disappearance sparked an outpouring of community support. On Monday, after a kayaker found Vincent’s remains, his family was waiting for him at the dock, in order to say a prayer as his body was recovered from the lake.

Theresa Rodriguez, Vincent Soto’s cousin, provided a statement from the family, included below. Rodriguez also shared a photo of a “V” sign in the clouds, which she said appeared in the sky on Monday afternoon near the part of Lake Mendocino where his body was found. “It was a beautiful moment for our family as Vince gave us a sign shortly after his body was taken out of the lake yesterday,” she wrote in a message.

Here’s the statement from Rodriguez below. You can read our previous articles here.

Our family is beyond thankful and from the bottom of our hearts, we could never repay any of you enough for the days that turned into weeks and even a month and some days. Putting all your personal time, energy, compassion and hard work is beyond appreciated. The comforting words and efforts of never giving up, NOT ONCE, to being committed to bringing our loved one home. Thank you all so so much. We as a family now have some closure, and we can now plan to lay my cousin to rest beside his father, we as a family may begin our healing process. To the kayaker that found my cousin my heart goes out to you and is forever grateful, thank you from the bottom of my heart.