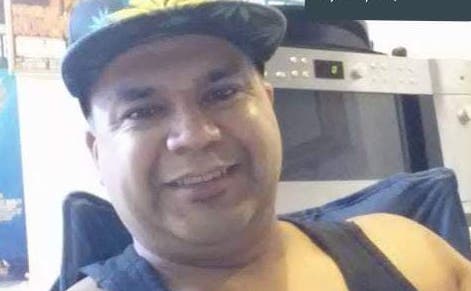 MENDOCINO Co., 7/10/19 — It’s been nearly a month since Vincent Soto, went missing after a tragic boating accident took the life of his father, Carlos Soto, and despite extensive searching by Mendocino County Search and Rescue and the Mendocino County Sheriff’s Office (MCSO), the younger Soto still has not been found. This morning, the MCSO will be using an underwater robot to conduct a search, which has been lent by Marin County Sheriff’s Department. Sonoma Water, Sonoma County’s water agency, which controls the flow of water out of Lake Mendocino, has been reducing the amount of water being released from the lake, since Monday through today, in order to facilitate the search effort for Soto. The reductions have been made to slow the currents in the lake, because the special robot can only operate in currents below four knots. These reductions will result in the level of the Russian River appearing unusually low.

The MCSO has used a variety of different search and rescue strategies and equipment in the search for Soto, including sonar scans, underwater divers, dogs, and aerial searches, with volunteers from around the region coming to help. Soto’s family and friends have kept a vigil by the lake since his disappearance, handing out flyers to alert people at the lake of Soto’s disappearance and keeping watch for any signs of him. Theresa Rodriguez, Soto’s cousin, explained in a note that Soto’s family is hoping that Wednesday’s search operation will allow them to get some answers about their missing family member.

“We pray today is the day we get to bring our loved one home. It’s been to long. He doesn’t deserve to be in this water this long, he needs peace, he needs to be with his dad like he always was. I know and believe in the power of prayer and we can use as much as possible today. We are hopeful today, with all the manpower out here, that today just may be the day we can get some closure, that we may be able to begin to truly begin our healing process. We just want to find my cousin. We are so thankful for everyone here today, and like I said, we feel hopeful.”

Carlos and Vincent Soto were out on a fishing trip on June 11, and both of their wallets and cell phones were found in their boat. No foul play is currently suspected by MCSO — and there has so far been no indication that this is anything beyond an accidental drowning, in which it has been difficult to find and recover the remains of Vincent Soto.

You can read more about Soto’s disappearance in this earlier article. Anyone with any information about Soto can contact the MCSO at 707-463-4086.

(Santa Rosa, CA) – The Sonoma County Water Agency (Sonoma Water) began ramping down releases of water from Lake Mendocino on the afternoon of Monday, July 8 at the request of the Mendocino County Sheriff’s Department in order to attempt the recovery of a missing person near the outlet structure in the lake at the base of Coyote Valley Dam. Sheriff’s officials are looking for a 40-year-old man who has been missing since June 11 following a fishing trip on the lake. The body of the man’s father was discovered floating in the lake that evening, but the son has not been located.

Releases from Lake Mendocino were at 136 cubic feet per second (cfs) Monday afternoon and were expected to be reduced to 100 cfs overnight.  Releases will be ramped down gradually until they reach 25 cfs by Wednesday morning at 9 a.m. (schedule below). The Sheriff’s Department will perform its recovery attempt using an underwater robot from the Marin County Sheriff’s Department. The use of the robot requires the current be no more than 4.5 knots near the outlet structure that is located at the bottom of the lake, thus the need for reduced water releases. The structure releases water into a hydroelectric plant within the dam, which then releases water into the Russian River.
Mendocino County Sheriff’s officials have previously conducted unsuccessful searches for the missing man using divers and sonar devices.

The recovery attempt is expected to take several hours on Wednesday morning. Immediately following the search near the outlet structure, releases will be ramped back up to 135-140 cfs by Wednesday evening.
Water users along the Russian River between Lake Mendocino and the confluence with Dry Creek can expect a substantial drop in water depths. Sonoma Water does not anticipate any interruptions in its water deliveries due to the reduced releases of water as it relies mainly on releases from Lake Sonoma to supply its customers.

Sonoma Water officials have notified the National Marine Fisheries Service (NMFS), the California Department of Fish & Wildlife and the State Water Resources Control Board about the temporary reduction in releases. Sonoma Water staff will be monitoring the river for possible fish strandings along the Russian River in conjunction with NMFS.
Authorities are searching for Vincent Soto, 40, of Laytonville. Deputies learned he was missing after another boater found the body of his father, Carlos Soto, 62, also of Laytonville, floating in the water at the south end of the lake on the evening of June 11.

Relatives said the two had planned a day of fishing on the lake, and both could swim. Their wallets, along with the younger Soto’s cellphone, were in their boat, the Sheriff’s Office said. Authorities noted no sign of foul play after recovering the body of Carlos Soto.
Temporary Coyote Dam Release Schedule