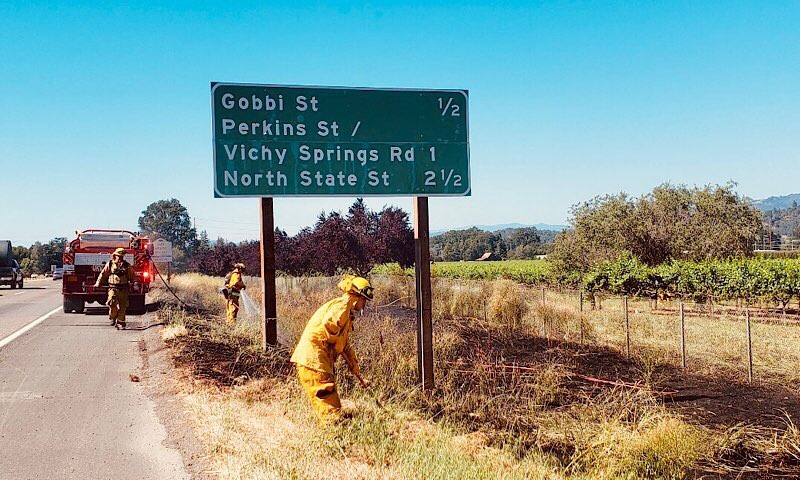 UPDATE 4:50 p.m. — The fire has been knocked down. It wound up being about half an acre, burning in dry grass just off the 101, just north of Talmage Rd. The cause of the fire is under investigation, but fires along the 101 have been common in past summers, usually caused by a vehicle in some way.

Our reporter at the scene talked to a firefighter from the Ukiah Valley Fire Authority, who said that they had 11 firefighters respond to the fire, and Cal Fire had 5. There were four fire engines sent, and the fire was put out quickly.

ORIGINAL
A small vegetation fire has broken out along the northbound lane of U.S. Route 101, just north of Talmage Blvd. near Ukiah. No word yet on the size of the fire, but initial reports from scanner traffic indicated that it might be three small fires burning in that vicinity.

Ukiah Valley Fire is on the way.