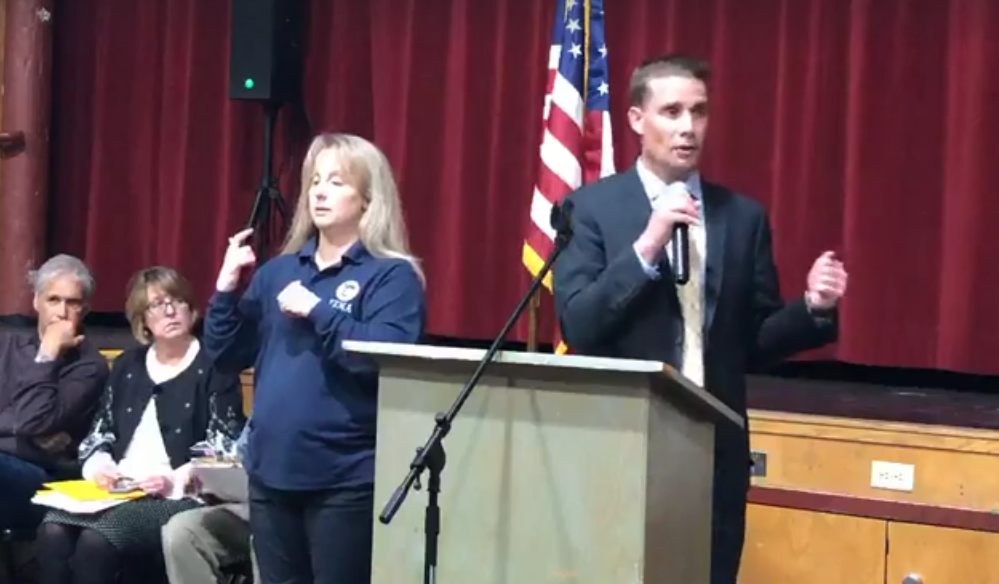 MENDOCINO Co., 6/18/19 — State Senator Mike McGuire will be hosting a public town hall for anyone interested in learning more about and discussing the future Great Redwood Trail. The trail will be a roughly 300 mile long foot path stretching from the San Francisco Bay to the Humboldt Bay along the path of the old Northwest Railroad.

The event will be from 10:30 a.m. to noon, on June 22, at the Ukiah Valley Conference Center. The Mendocino Voice will livestream the event on Facebook if possible for those who can’t make it.

Here are more details in a press release from McGuire’s office:

Sacramento, CA – It’s been an exciting seven months for the Great Redwood Trail, which will convert a decaying railway into a world-class destination for hikers, cyclists and nature lovers here at home and from across the globe.

Stretching from San Francisco Bay to Humboldt Bay, the proposed trail is a spectacular opportunity to open up some of the most beautiful landscapes on earth and be a significant economic driver now and for years to come.

Tens of millions have already been secured for planning and development of the trail and Senator McGuire will be hosting an interactive Town Hall next week, which will help bring the long-term vision for the Great Redwood Trail into focus.

Morning Goodies & Coffee will be provided.

Audience members are encouraged to participate, ask questions, and will have a chance to discuss their priorities for the Trail. There is a lot going on right now, so come and hear the latest!

The Trail will replace the crumbing railroad on much of the 300-mile-long track, and will become a significant economic driver for the rural North Coast communities it winds through. California’s outdoor recreational economy is one of the fastest growing economic sectors of the Golden State. It generates over $92 billion a year, is responsible for nearly 700,000 jobs, over $30 billion in wages, and brings over $6 billion in tax revenues back to state and local communities. Once completed, the Trail will attract hundreds of thousands of locals and visitors alike to hike this spectacular landscape and inject needed funds into the greater North Coast region.

A list of Town Hall presenters will be released next week.