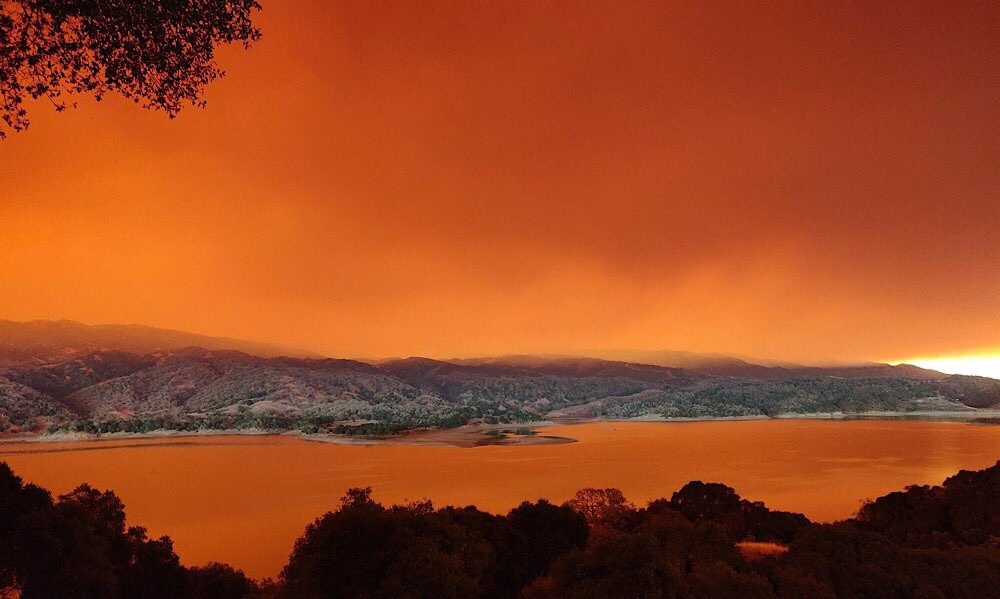 MENDOCINO Co., 5/15/19 — Cal Fire announced today that it had concluded its investigation into the cause of the Camp Fire, which killed 85 people and destroyed the town of Paradise last Nov., and threw a cloud of dense smoke across northern California, noticeably lowering the temperature in downtown Ukiah, determining that fire was sparked by electrical equipment owned by Pacific Gas and Electric. Indeed, PG&E infrastructure sparked two separate fires in that area, which then merged.

Cal Fire has forwarded their findings to both the California attorney general, and Butte County’s district attorney. PG&E filed for bankruptcy in January of this year, citing at least $30 billion in liabilities from various fires its equipment has caused in the past years. In a recent filing the company acknowledge another perhaps $10 billion in liabilities would result from the Camp Fire, which they expected Cal Fire would find them at fault for.

Here is the press release from Cal Fire:

CAL FIRE Investigators Determine Cause of the Camp Fire

Sacramento – The Camp Fire in Butte County, started the morning of November 8, 2018, and burned a total of 153,336 acres, destroying 18,804 structures and resulting in 85 civilian fatalities and several firefighter injuries. The Camp Fire is the deadliest and most destructive fire in California history.

CAL FIRE investigators were immediately dispatched to the Camp Fire and began working to determine the origin and cause of the fire. After a very meticulous and thorough investigation, CAL FIRE has determined that the Camp Fire was caused by electrical transmission lines owned and operated by Pacific Gas and Electricity (PG&E) located in the Pulga area.

The fire started in the early morning hours near the community of Pulga in Butte County. The tinder dry vegetation and Red Flag conditions consisting of strong winds, low humidity and warm temperatures promoted this fire and caused extreme rates of spread, rapidly burning into Pulga to the east and west into Concow, Paradise, Magalia and the outskirts of east Chico.

The investigation identified a second ignition sight near the intersection of Concow Rd. and Rim Rd. The cause of the second fire was determined to be vegetation into electrical distribution lines owned and operated by PG&E. This fire was consumed by the original fire which started earlier near Pulga.

During 2018 there were more than 7,571 wildfires that burned over 1.8 million acres within the state of California.

Californians must remain vigilant and be prepared for wildfire. For more information on how to be prepared, visit www.readyforwildfire.org or www.fire.ca.gov. CAL FIRE also offers a free Ready for Wildfire app for IPhones and Android phones.