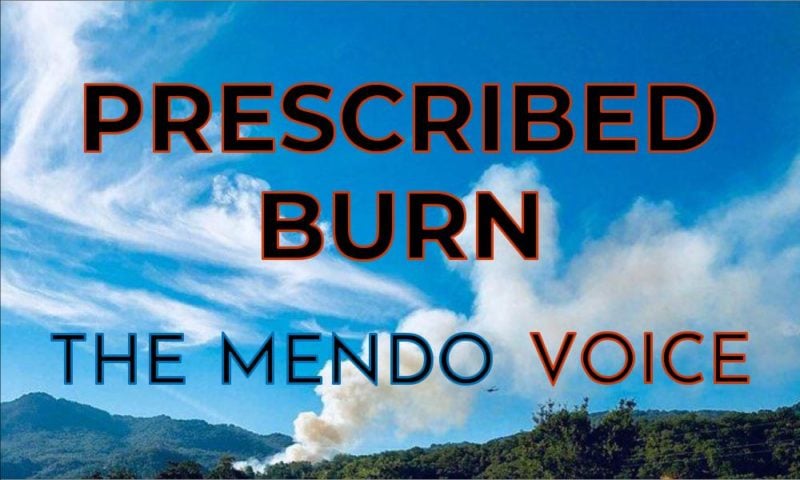 UPDATE 4/25/19 — The Ukiah Police Department has confirmed that the smoke west of town is a prescribed burn. Here is their Nixle:

UKIAH PD: Smoke in the sky is due to a large control burn conducted by Cal Fire six miles west of Ukiah. nixle.us/AYFC8 Reply with a friend’s # to forward

There have been many reports of smoke, but so far all that smoke has come from the planned controlled burn on private land.

UKIAH, 4/24/19 — Cal Fire will be undertaking a vegetation management project involving a controlled burn on private land near Ukiah on Thursday, April 25. The burn will take place between Robinson Creek Road and Low Gap Road, about six miles west of Ukiah. Cal Fire staff will be on site and will cancel the burn if there is any “indication that the burn cannot be controlled in a safe manner.”

Here’s all the details from Cal Fire: